The American Temperament Test measures different aspects of canine temperament such as shyness, aggressiveness, stability, and friendliness as well as the dog’s instinct to be protective or defensive in the face of a threat.

The test is designed to help better all breeds of dogs and takes into consideration the inherent tendencies of each breed. For example, it is expected for a German Shepherd to behave more protectively than average during the test. Since 1977, a total of 34,686 individual dogs have been tested with an average passing rate of 83.7%.

The test simulates a casual walk through a park or neighborhood where everyday life situations are encountered. The canine subject encounters visual, auditory, and tactile stimuli to challenge their composure and ability to recover from being startled.

Friendly, neutral, and threatening situations occur, testing the dog’s ability to react appropriately, being protective when it is justified and relaxed when not. This chart from the AAA State of Play makes it easy to tell which dogs have the best (and worst) temperaments with a quick glance that also organizes them by overall popularity. 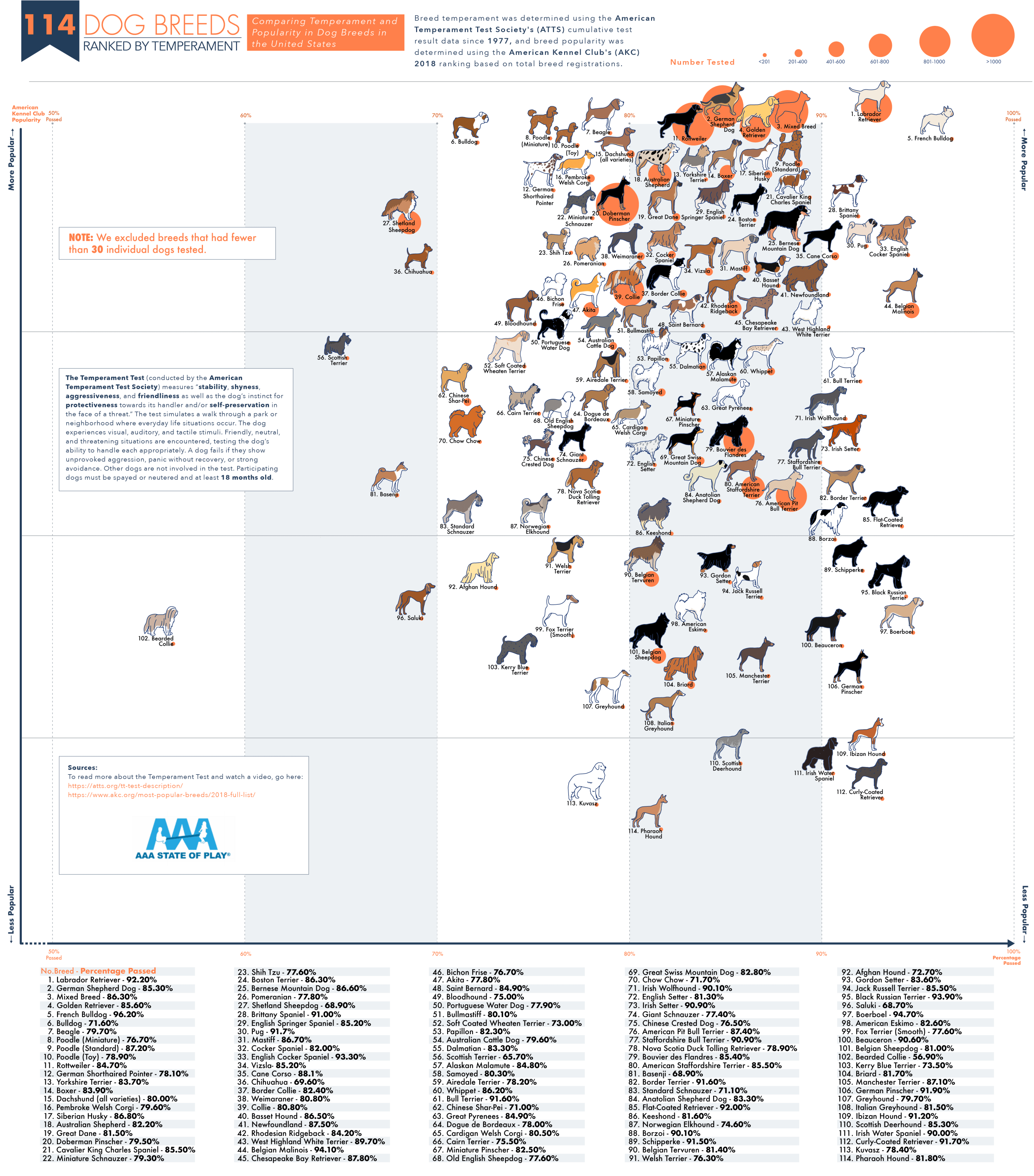