10 Lies Your Parents Told You When You Were Young 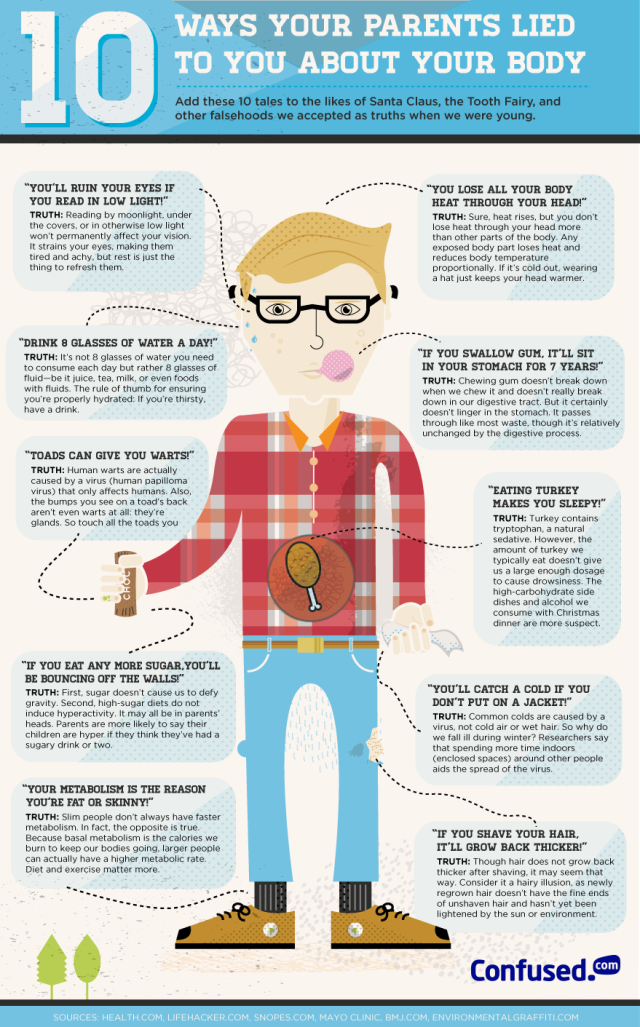 During our childhood we definitely may have heard many stories and much admonitions from our parents and grandparents which have managed to stay with us even now.

But what about such things which we had been warned about; things which our elders didn't want us to do or those that we have adopted overtime without any logic. Most of these were actually myths that were considered true by our parents and elders.

Recalling all those events and how blindly we followed them may be quite funny like that time when we may have swallowed chewing gums and Mother told us that it would stay there for 7 long years and later on finding out that, that was actually a commonly accepted myth.

Most funny ones such as toads can give you warts, eating turkey makes you drowsy etc have actually been proven as myths and we realize it only after learning and understanding the truth behind these things.

There are many more such things which we may have been told and the major reason behind this is care and concern that our elders feel for us but that doesn't go to say that we should still believe in them now that we have grown up.