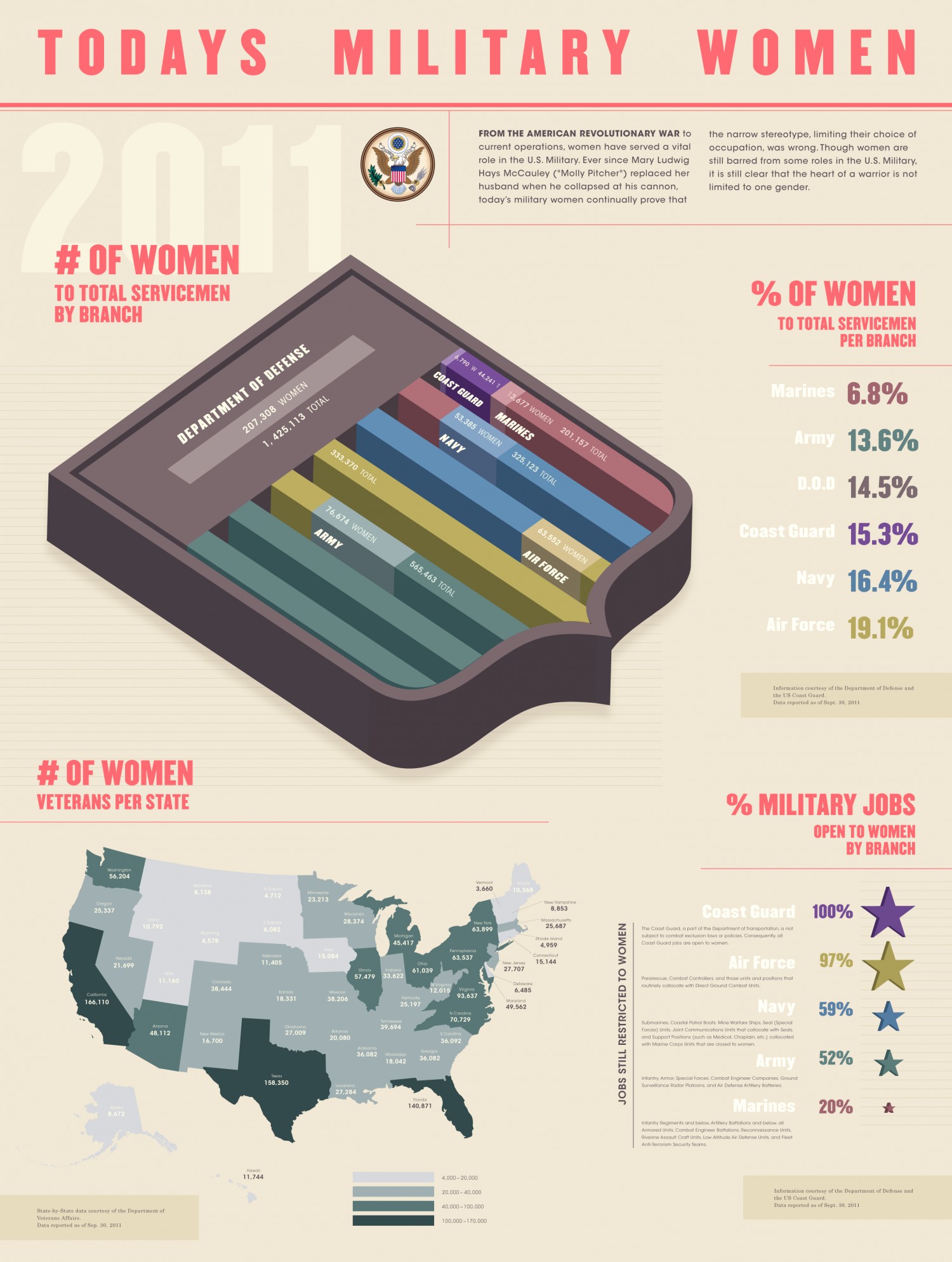 From the American civil war to current operations women has served a vital role in US military. Ever since Mary Ludwig hays Mc Cauleyreplaced her husband when he collapsed at his cannon.

Today’s military woman continually proves that the narrow stereotype limiting their choice of occupation was wrong. Though women are still barred from some roles in the US military it is still clear that the heart of the warrior is not limited to one gender.

Women are restricted working in Coast guard, Air Force, Navy, Army and Marines. Here is a tribute to all the women who are enough daring to go out and reach what they wanted.