Home  »  Crime Graphs   »   Which Police Departments Kill the Most Citizens in the United States?

Which Police Departments Kill the Most Citizens in the United States?

Louis Metro Police Department (PD) was found to have the highest rate with 17.9 people per every 100,000 killed by police officers from this department. They were also found to have a high rate of the most black people killed per one million black citizens at 32.9. Although the highest rate for this statistic goes to the Reno PD with 71.5, far higher than even the Anaheim PD with a rate of 52.2. Were you surprised at any of the police departments that found themselves on this list? 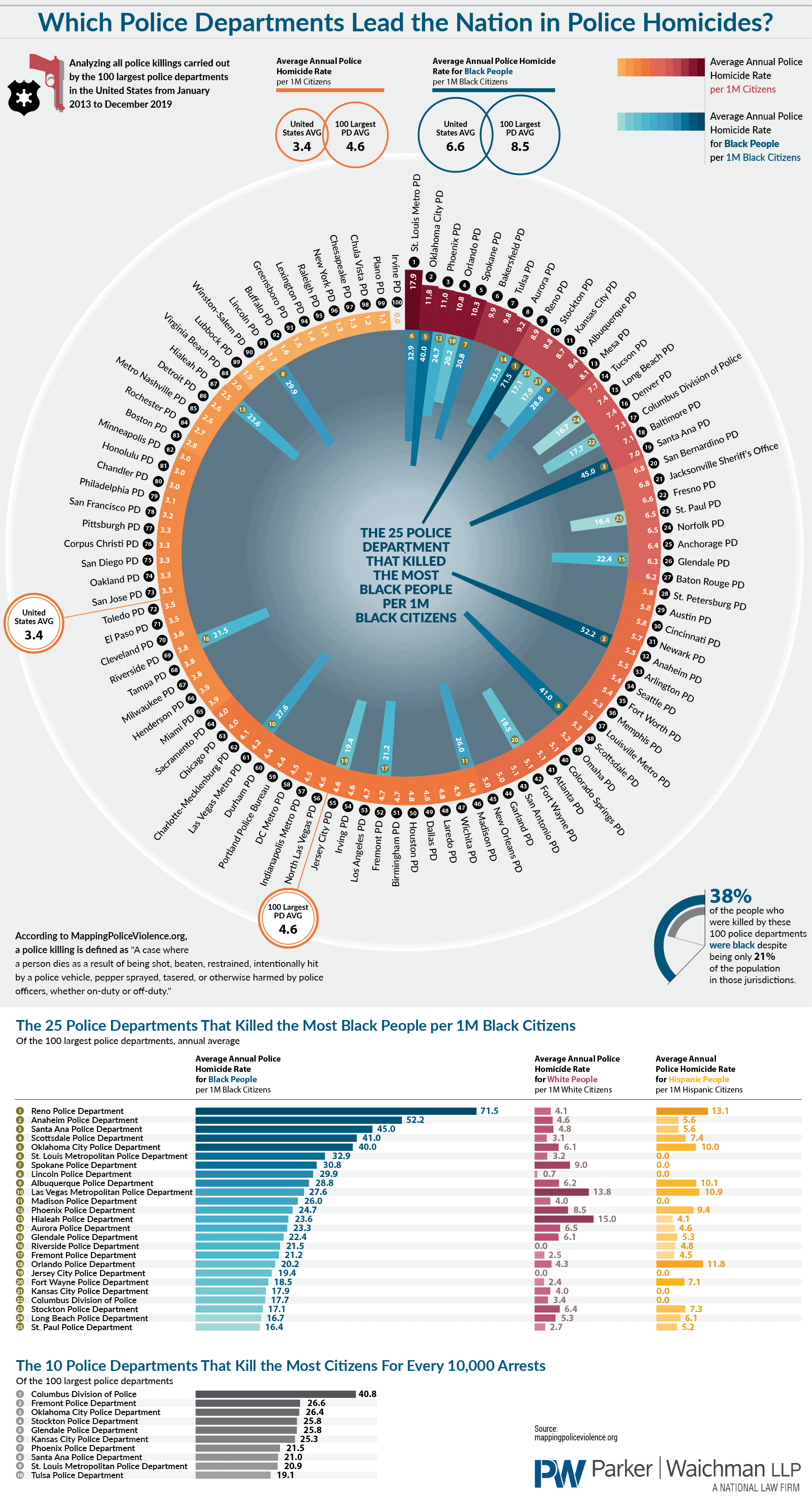