U.S. Cities With the Highest and Lowest Vehicle Ownership

In the United States, there are approximately 281 million cars that are registered. It's been estimated that roughly 95% of households in the United States own a car and that 85% of Americans use a car for their daily commute to work. Also, America ranks fifth in terms of car ownership per capita around the globe. This infographic from TitleMax takes a look at the highest and lowest percentages of vehicle ownership from across the country, and the data is specifically based on cities that have populations of at least 100,000 people.

The highest percentage of vehicle owners can be found in Murietta, California, where it's estimated that 99.3% of the population there owns a vehicle. In fact, the average number of cars per household there is 2.36, which is also the highest average in the top 25 cities listed! Did your home city make either list for either having high or low numbers for vehicle ownership? 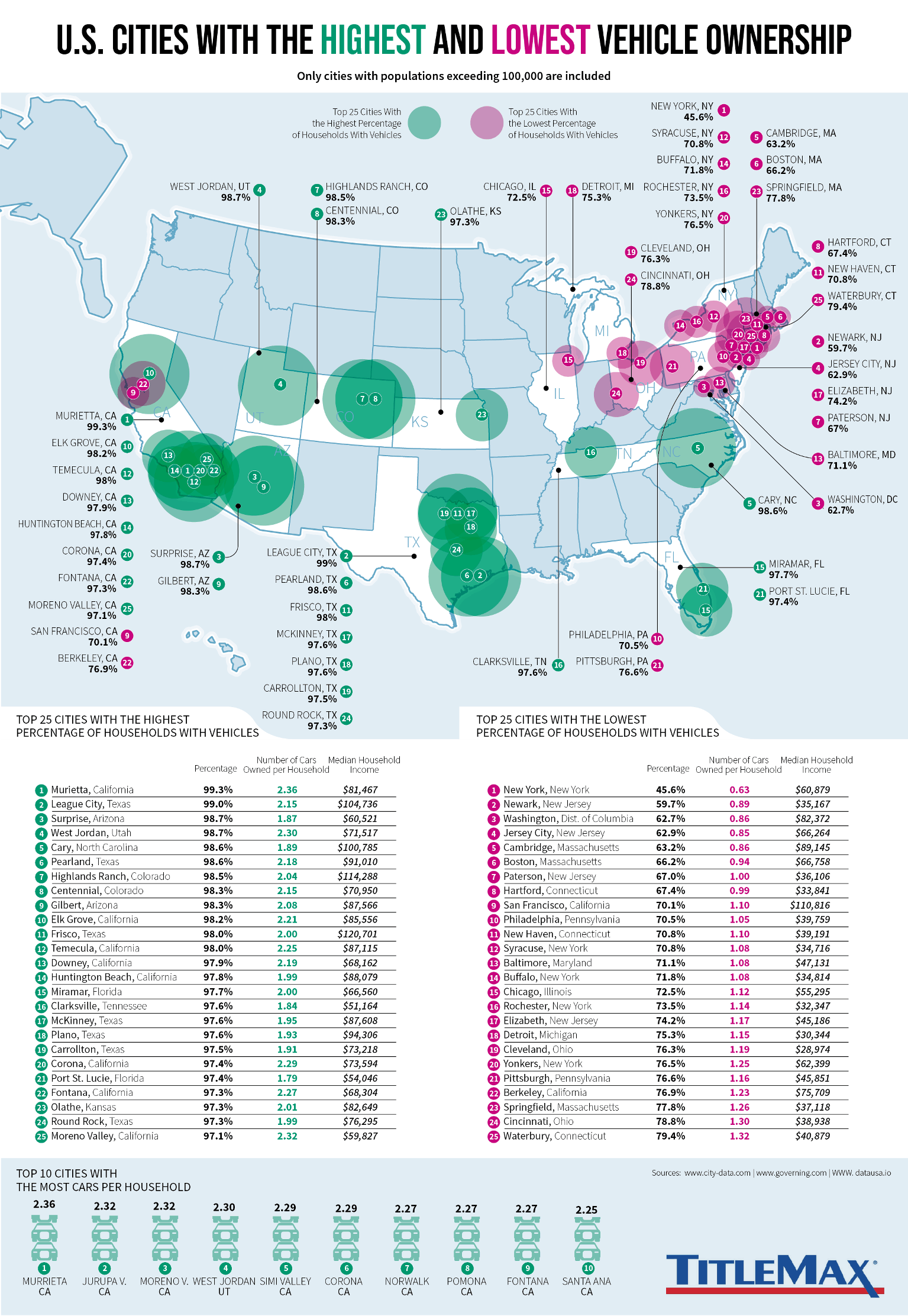