A natural disaster is caused due to the effect of a natural hazard such as a tornado, earthquake, flood, fire, blizzard etc. More than 4 million people have been killed by floods alone in China from the year 1930 to 1940. Infact Hurricanes have killed 471 thousand people in China and Pakistan in the 1970s. The recent 2011 tsunami in Japan cost over $200 million.

The winds caused by hurricanes can exceed a velocity of 150mph and on an average, up to 6 hurricanes are formed in the Atlantic every year and out of them two make landfall in USA. 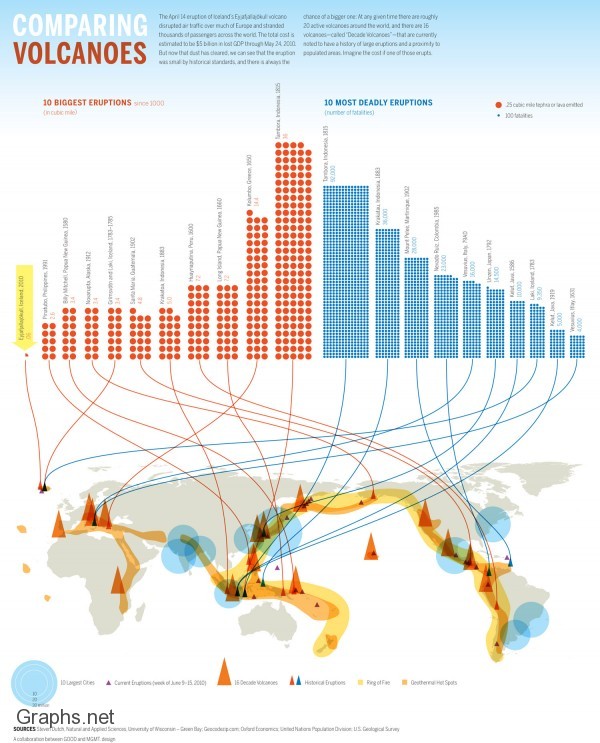 In California alone, about 825 buildings are not capable of withstanding the effect of an earthquake.

Last year, a fire in the area of UK was estimated to destroy 11 million worth of forest area and that too just in a week’s time.

Hurricane Katrina in 2005 is the costliest hurricane at $125 billion. The Kobe earthquake in 1995 caused an impact of a whopping 102.5 billion.

Preparing for a natural disaster

The first step is to secure your house by having it inspected and making it structurally sound. The next step is to make an evacuation plan and store emergency supplies. You must also have a 72 hour survival or disaster kit ready which must have food, water, a fire extinguisher, a whistle, flashlights, extra medications etc. The next step is to get in a safe place followed by disaster checking the nearby areas. The last step is to turn on the portable radios so as to communicate with different people.

Protecting your home from a wildfire 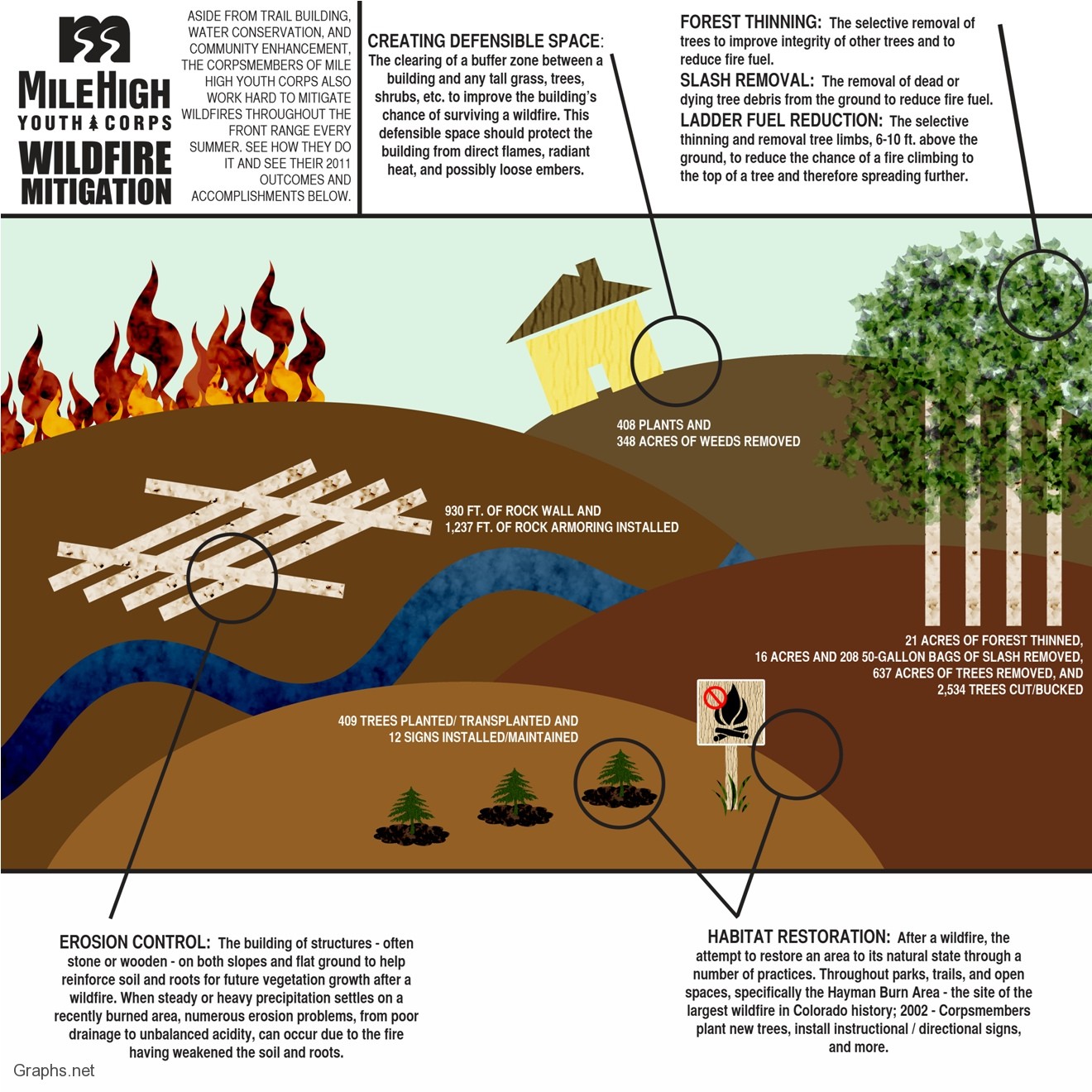 It is important to create a buffer zone between your house and trees, grass etc which can spread fire easily. This can be done by selective removal of trees and debris from the ground. The removal of tree limbs which are at a height of 6-10 feet may also be useful.

Economic damage due to natural disaster in the year 2011 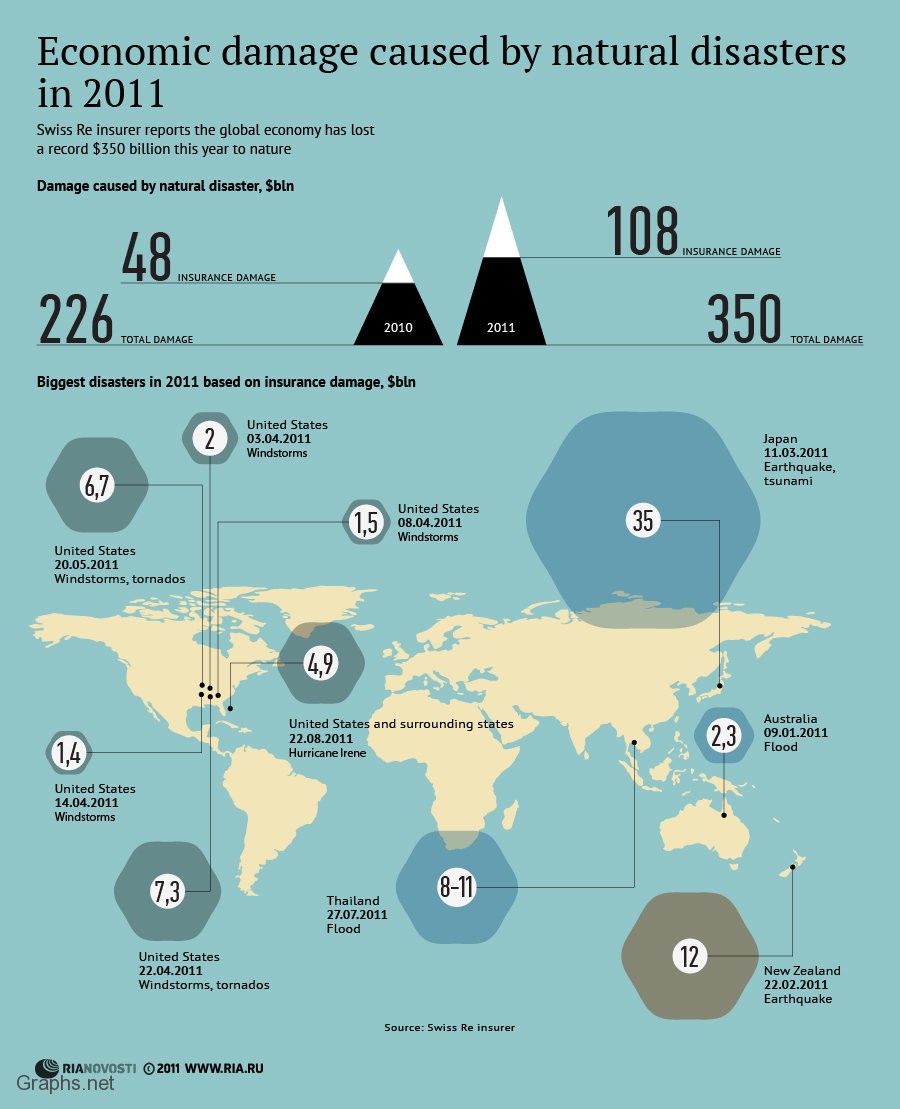 The world economy has suffered a loss of $350 billion in the year 2011. This in comparison to a damage of $226 billion seems a very huge amount. Some of the major natural disasters of 2011 as far as damages are concerned are Japan Earthquake and Tsunami ($35 billion), New Zealand Earthquake ($12 billion), Floods in Thailand ($8-11 billion). 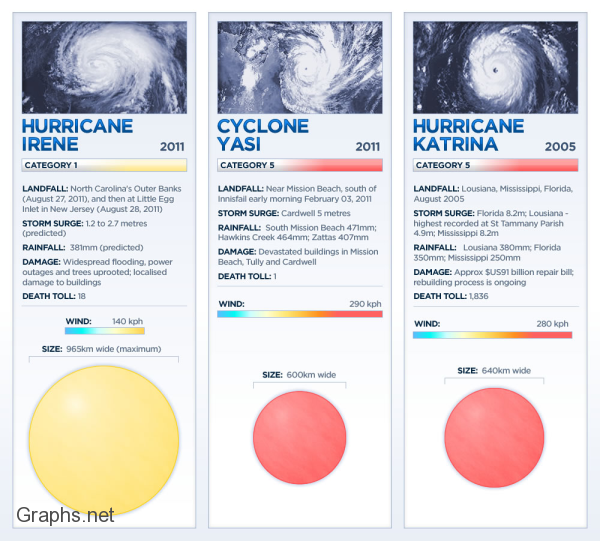 Hurricanes, also known as Typhoons and Tropical cyclones are measured under 5 categories and are formed due to three factors-rotation of wind, warm ocean surface and wind travelling easterly. This form of natural disaster produces as much energy as half the world’s power plants.

The life cycle of a hurricane starts at 74-95 mph and can move up to 155 mph. A Hurricane is generally formed over tropical waters and gets weakened after making a landfall. 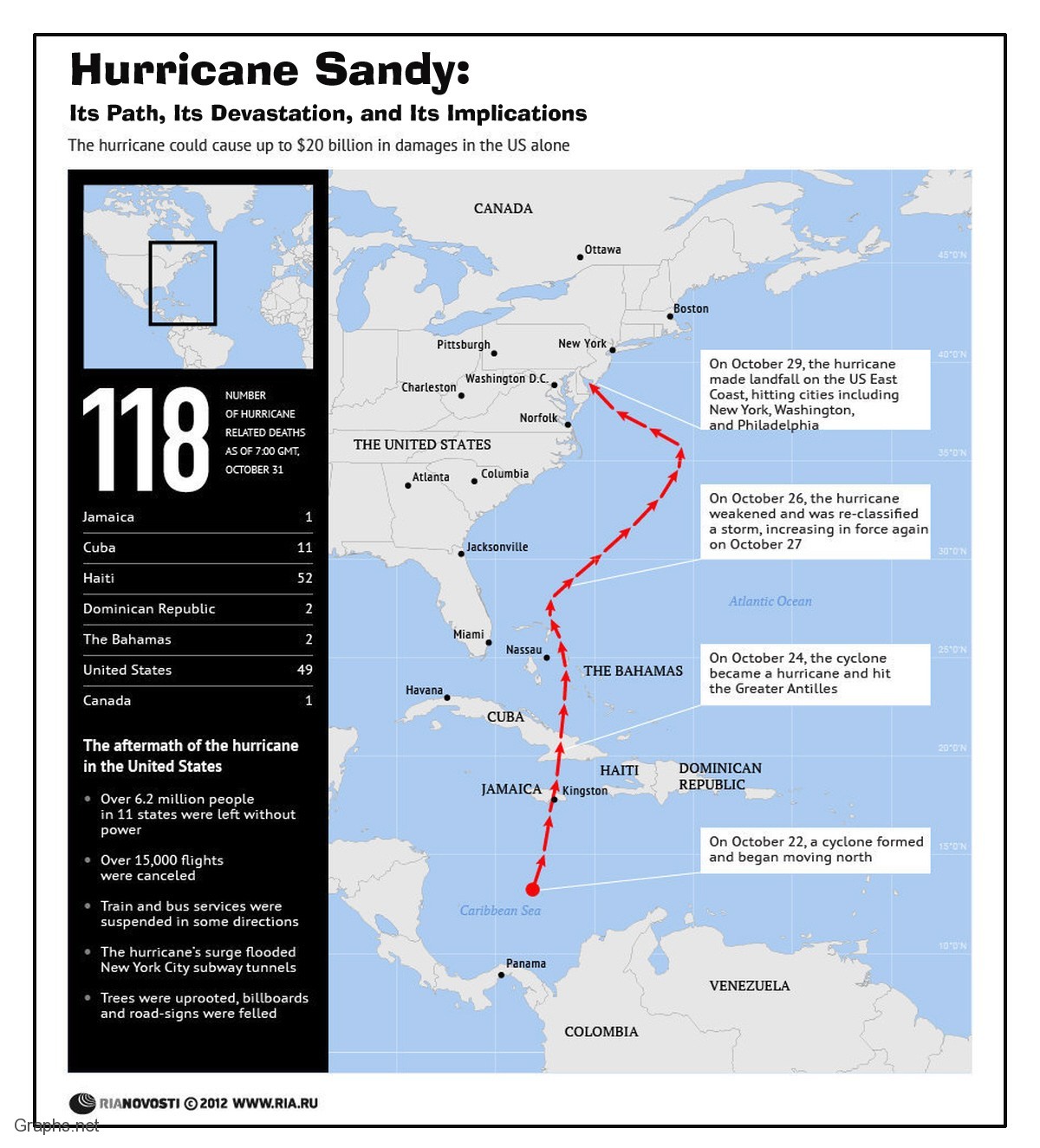 Hurricane Sandy caused a loss of about $20 million in USA and also caused about 118 deaths, most of which were in the USA. It originated in the Caribbean Sea and made its way till New York.