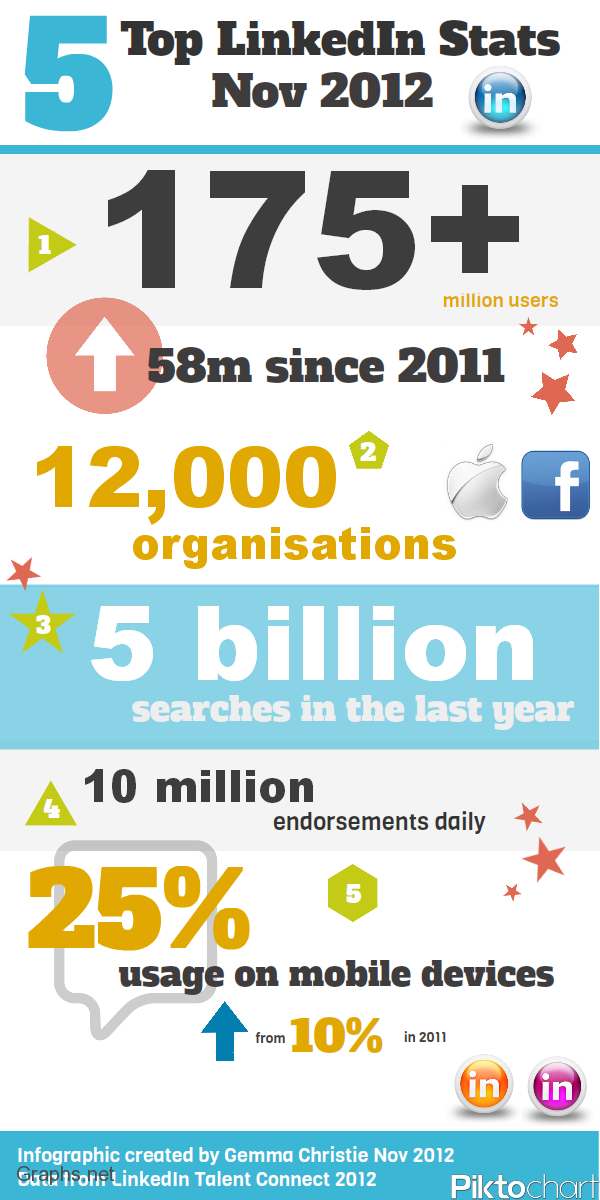 In present technology driven world, every internet user will make use of a social media network to communicate with friends, But LinkedIn with a purpose of establishing connection among individuals of same profession has become the world's largest professional social media site.

LinkedIn is very often used by most of the companies to find out potential employees with qualified credentials and skill set that matches the job role.

The current user base of the professional SNS (social media site) is 175+ million and it has seen a huge growth since the year 2011, when the LinkedIn user base was 58 million. The infographic depicts that more than 12,000 organisations across the world have registered with the LinkedIn and more than 5 billion searches were made over the internet related to LinkedIn.

In the year 2011, only 10% of users have opened LinkedIn on their mobile devices, by the end of the November 2012, the percentage of LinkedIn usage on mobile devices has increased to 25%.