Dating facts are extremely relevant and interesting sociologically; giving an idea of how online dating has taken over the rules and codes on normal dating. Dating infographics point to this development in a unique way.

Online Romance and Its Development:

The development of online romance has come a long way, with millions of users today logged on and finding love online. From 1965’s Project TACT to chat rooms and instant messaging in 1994, 37% of single internet users were dating online in the year 2005, and dating sites collected over I billion USD in 2010 alone.

It may seem like a strange combination, but politics and romance have been intermingled for quite some time. Out of a scale of ten which determines the compatibility of a couple, political ideas rank an important 6th. 44% Americans use online dating sites and interestingly, the same percentage population is also single.

Love can be quite a tricky business with 81% people lying in their dating profiles about their age or physical characteristics. In 2007, 900 million USD poured into dating sites while in 2012; the amount was 1.9 billion USD. The population of people using a dating site in the two years jumped from 20 million to 40 million.

Of the 54 million singles in the US, in 2011, 8.8million people have tried online dating. 52.4% of this population is male with 47.6% women also being hooked to online dating. However, online dating is not superficial with 17% of couples who met online are now being married, and 1 in every 5 singles is in a committed relationship through online dating.

While 47% men and 40% women in the world have engaged in a one night stand, 3 million first dates happen every day across the world. Dating is a big business with 18million USD being the annual income for flowers. 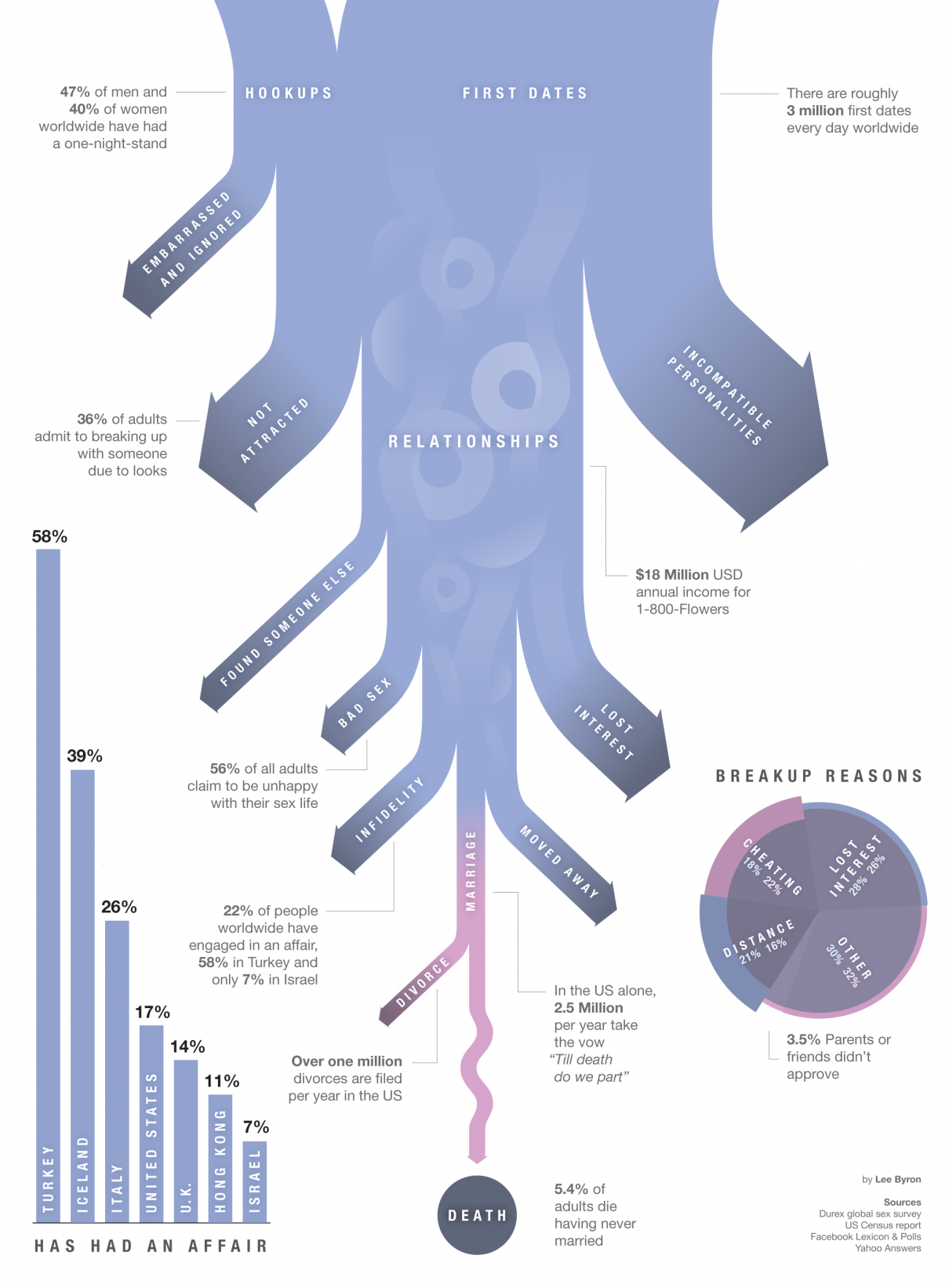 49% of people dating online say that physical characteristics are the factor which attracts them to their dates while 64% claim that the factor is common interest. Interestingly, it takes an online couple about 2 years to get married; while for couples who are not into online dating, 3.5 years is the average.

While what women want can be a tricky question, certain statistics help. 30% go for light drinkers, 18% like their men with dark brown hair. 40% women find non-smokers attractive and 36% find athletic men handsome. These facts are interesting as they help in understanding women’s preferences.

Facebook has become the best means to start an online relationship. You look up to the person and send him a friend request. Once the request has been accepted, poking or chatting or posting on his/her wall sets the ball rolling. 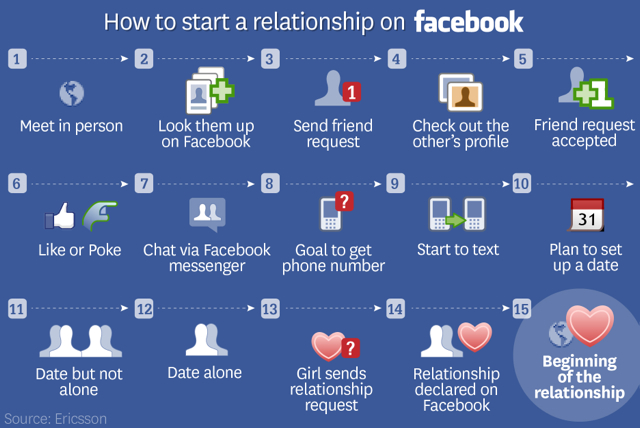 The fear of rejection can be lessened through online dating, and only 1/6th people wish to meet in a bar and take it up from there. Drinking at bars can lead to offensive behavior while online you can put your best foot forward. 1 out of every 3 people prefers online dating.

The average cost of a date on Valentine’s Day is around 110 USD while a birthday or anniversary will cost around 500 USD. Thus, dating is not cheap at all unless you can find alternative and inexpensive ways of keeping your date happy.