All about Black Friday:

Black Friday is usually celebrated on the day after thanksgiving day and every retailer in United States will move to black (profit) from red (debt). A report states that consumer will look for discounts on black Friday and every 1 out 3 customers will compare the product prices over internet and research stores to purchase them.

Mostly people prefer to shop on Black Friday as retail stores offers huge discounts on this day. When surveyed, it was determined that out of the total shoppers, 59.2% are female and 40.8% are male. The highest percentage of shopping is recorded among the individuals aged between 25 - 34 years.

It is estimated that $ 60 billion will be spent by the consumers in United States on black Friday. More than 150 million people in Unites States plan to purchase items on the black Friday. In America, on an average every shopper spends $380. 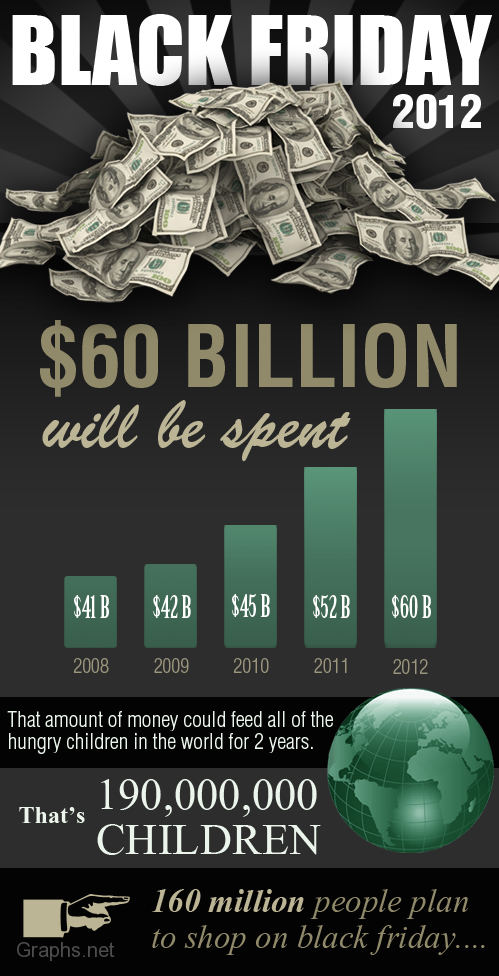 A survey shows that 71% of consumers in United States believe that retailers will offer best discount deals on black Friday. More than 24% of customers plan to purchase items between 4 am – 8 am on black Friday and consumers mainly purchase goods such as clothing, electronics, laptops, tablets, toys, books, appliances, cosmetic and DVD's etc. 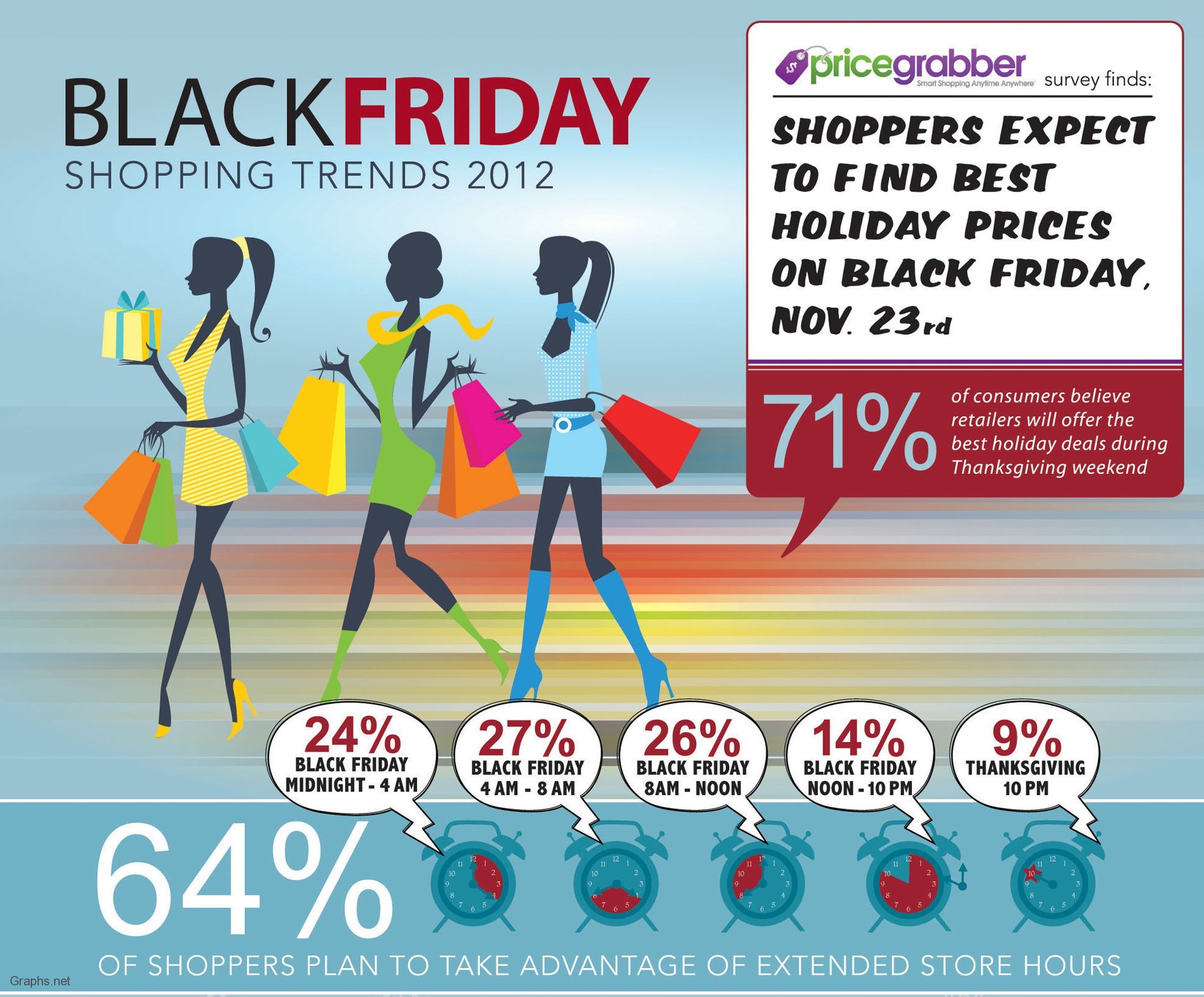 Tips for shoppers on black Friday:

OSHA has come up with some tips for the shoppers and employees to make fun on black Friday. Few tips include drafting perfect plans in case of overcrowding and maintaining a safety kit. Several stores in United States have offered special discounts for the customers who have promoted their products over social networking sites.

On black Friday, shoppers can make use of Apps like Macy's black Friday, Fat Wallet black Friday, Evernote, Cnet product review, TGI black Friday and SnapTell to get navigate through various sites and get information about best deals offered by several retailers. It is suggested to look for some freebies and items that can be purchased on black Friday.

Silver pop has analyzed the tweets of various twitter users to track the consumers who are making use of their smart phones to find out the retail locations with in their proximity. A survey has released the list of top businesses with most check-ins and the list includes top reputed companies like Walmart, Starbucks, Ulta, Target, Macy's and McDonald's etc. 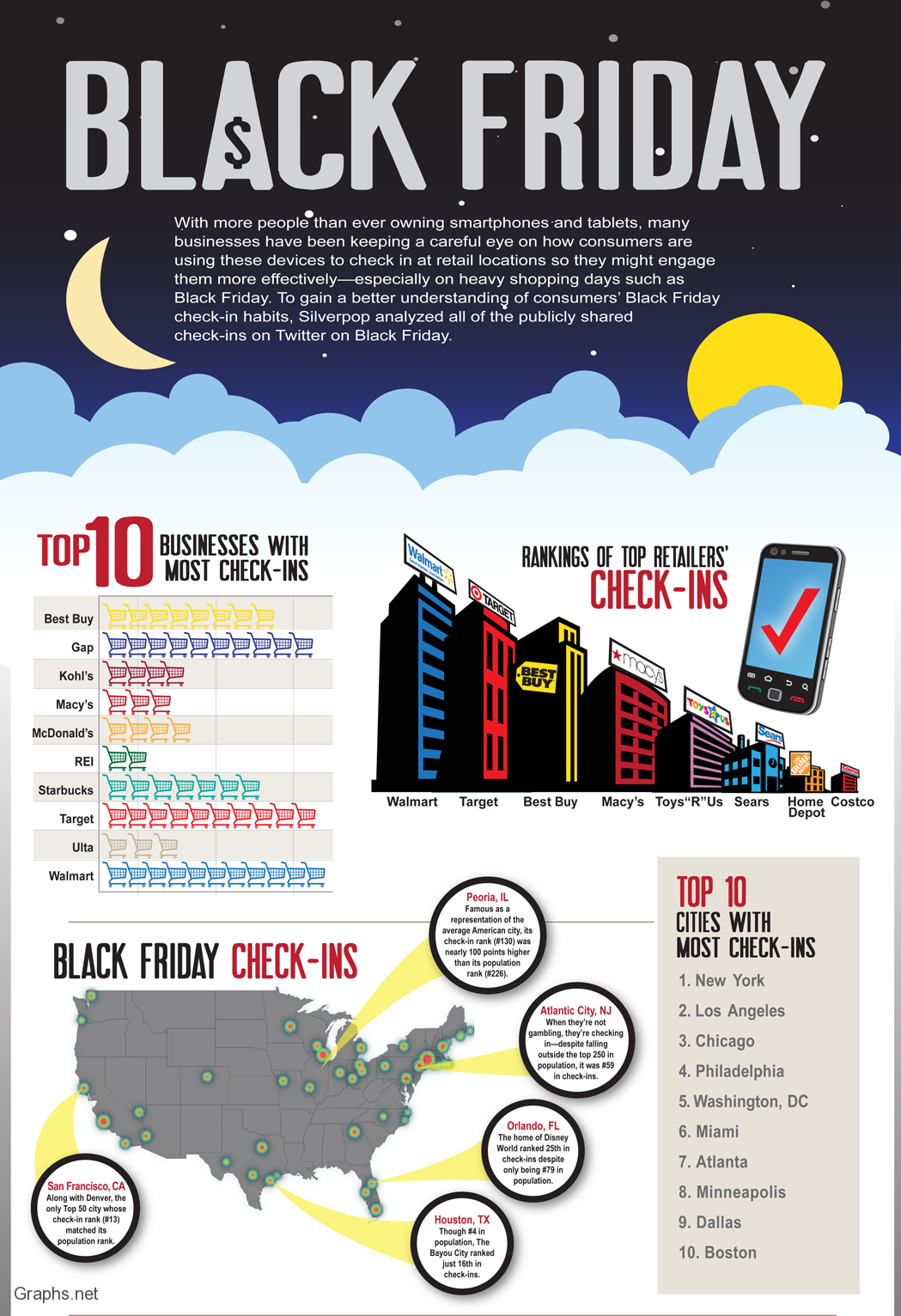 Essentials for camping on black Friday:

In the year 2012, more than 53% of consumers are planning to buy goods on black Friday and of the total shoppers 57% think to purchase items between midnight and 6 am. Some essentials that helps the consumers while shopping at mid night includes a case of water bottles, tent, jacket, cooler, tablet, Searl, gloves, iPod and a sleeping bag. 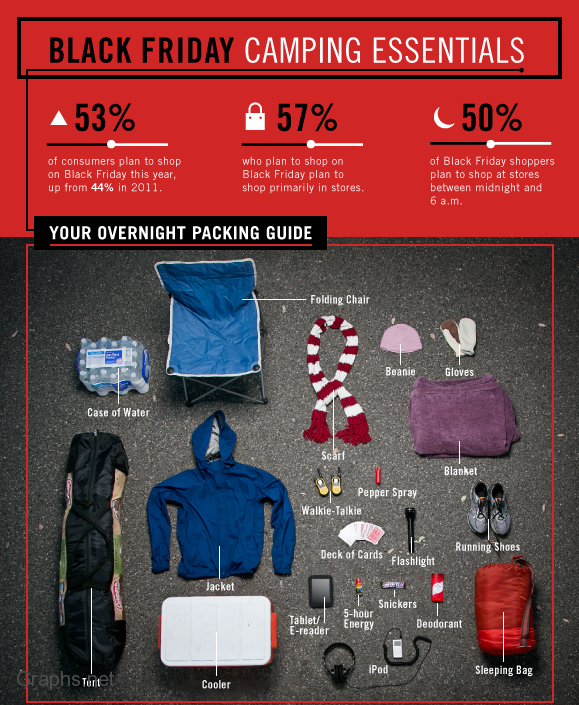 Last year, more than 226 million Americans have shopped on black Friday and spent an amount of $ 52 billion. The amount spent on the black Friday is equal to the combined GDP of Jamaica, Iceland and Afghanistan. 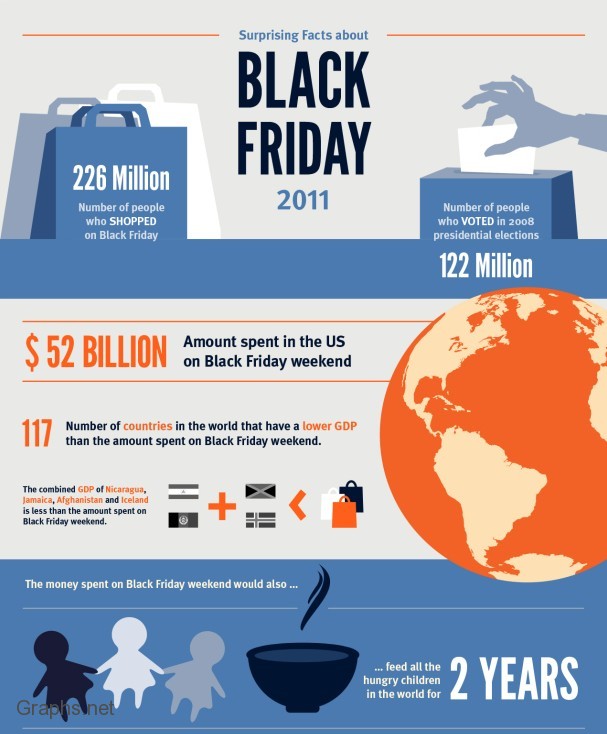