Texting as a risk factor for road accidents

Over half of the teenage drivers are found to test or e-mail while driving. The chances of accident increases, if a driver texts while driving at the same time. A drunk driver or a driver talking on phone is four times more likely to cause an accident. Texting has even more adverse effects. A driver who is texting is eight times more likely to cause an accident. 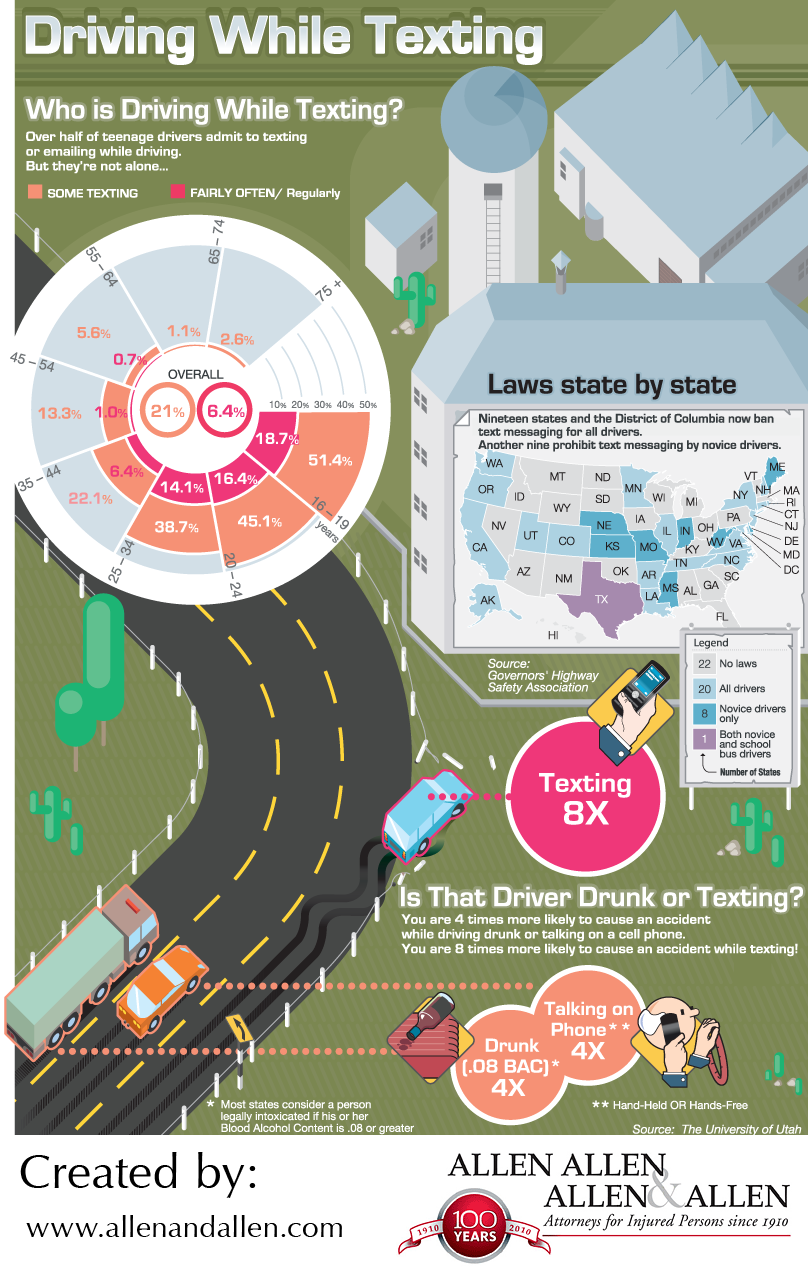 Why texting is dangerous?

While a significant percentage of drivers feel that they can multitask between driving and texting, the case is different and consequences may be deadly. Statistics say that distracted driving is the number one cause of the road accidents. Out of the total distraction related crashes, 18 percent of the accidents are associated with the distraction related to the cell phones. Texting while driving impairs the reaction time of the drivers and thus increases the chances of accidents.

Texting can cause serious accidents because it increases the reaction time of the drivers. If the driver is texting while driving the vehicle at 70 mph, then s/he will be able to stop the vehicle after traversing 80 feet in case of any emergency situation. The traversed distance is quite long and it may result in serious accidents. Strict laws have been enforced to reduce the chances of accidents. In 39 states, all drivers are prohibited from text messaging while driving.

Driving while texting versus Driving under the influence

Texting: The most dangerous driving distraction

The three primary degrees of attention required while driving are visual, manual and cognitive. Texting too requires all the above attention quotients. So, the attention of the driver is fully divided between driving and texting. This is the reason why texting results in most of the vehicle accidents cases. According to a finding, more than one out of four Americans who have downloaded applications admits to use those apps while driving. 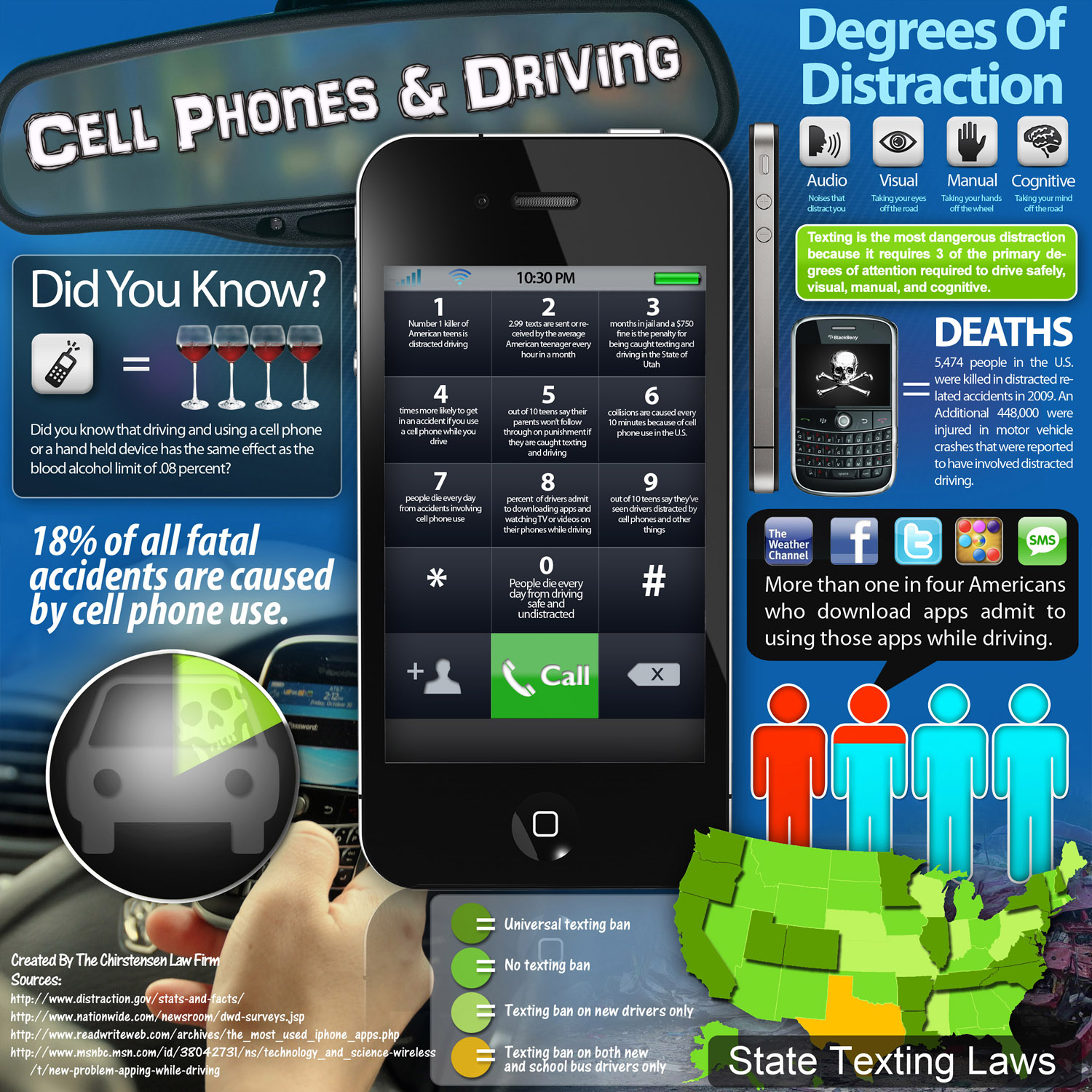 Cell phone use during driving: The road to hell

Mobile phone use while driving accounts for 1.1million car crashes out of a total of 4.4 million car crashes in a year. At present, 15 percent of the cell phones are Smart Phones. As the percentage of the Smart Phone users and the use during driving will increase, the cases of distractions and crashes will also increase. Therefore, it is very necessary to legally limit the use of cell phones while driving.

In the year 2009, an estimated 20 % of 1,517, 000 injury crashes have been caused due to distraction while driving. The drivers less than 20 age group constitutes the highest proportion of the distracted drivers involved in the fatal crashes.

Texting as an emerging driving distraction

According to a 2009 statistics, the use of Smartphones and other portable devices during driving pose a greater risk. The other causes of vehicle accidents include excessive speed and alcohol intoxication. The excessive speed cases accounts for about 31 % of the total traffic deaths in United States in the year 2009.

The plan of Action

According to a National Safety Council (NSC) Survey report, many of the Fortune 500 companies are now prohibiting their employees from using the cell phones while driving. Now, more and more companies are implementing their specific plans to prohibit their employees to use cell phones while driving. This step will surely decrease the number of distraction related vehicle accidents in the coming years.