If you have recently owned a car, then you must be thinking of the car insurance. Car insurance is mandatory, before you drive your car in the public places. This article will outline some of the essential facts about the car insurance that would really be helpful for you.

The costs associated with the car insurance differ depending upon various factors. In case you are having a lower credit score, your insurance company may charge you a higher premium. Another factor is the type of car you own. Also, if you have your own home, you have to pay less for your car premium. On the contrary, if you rent a house, you may have to pay more premiums towards your car insurance.

Relation of commute intensity with the car insurance

Having a claim can increase your auto insurance costs. And, the longer you commute, the more are the chances of facing a claim. So, it can be concluded that the commute intensity is directly proportional to the costs demanded by the auto insurance company. According to a recent U.S. Census Bureau data, approximately 86 percent of people nationwide commute by car and 76 % of them do it alone. Maryland records the longest daily car commute. 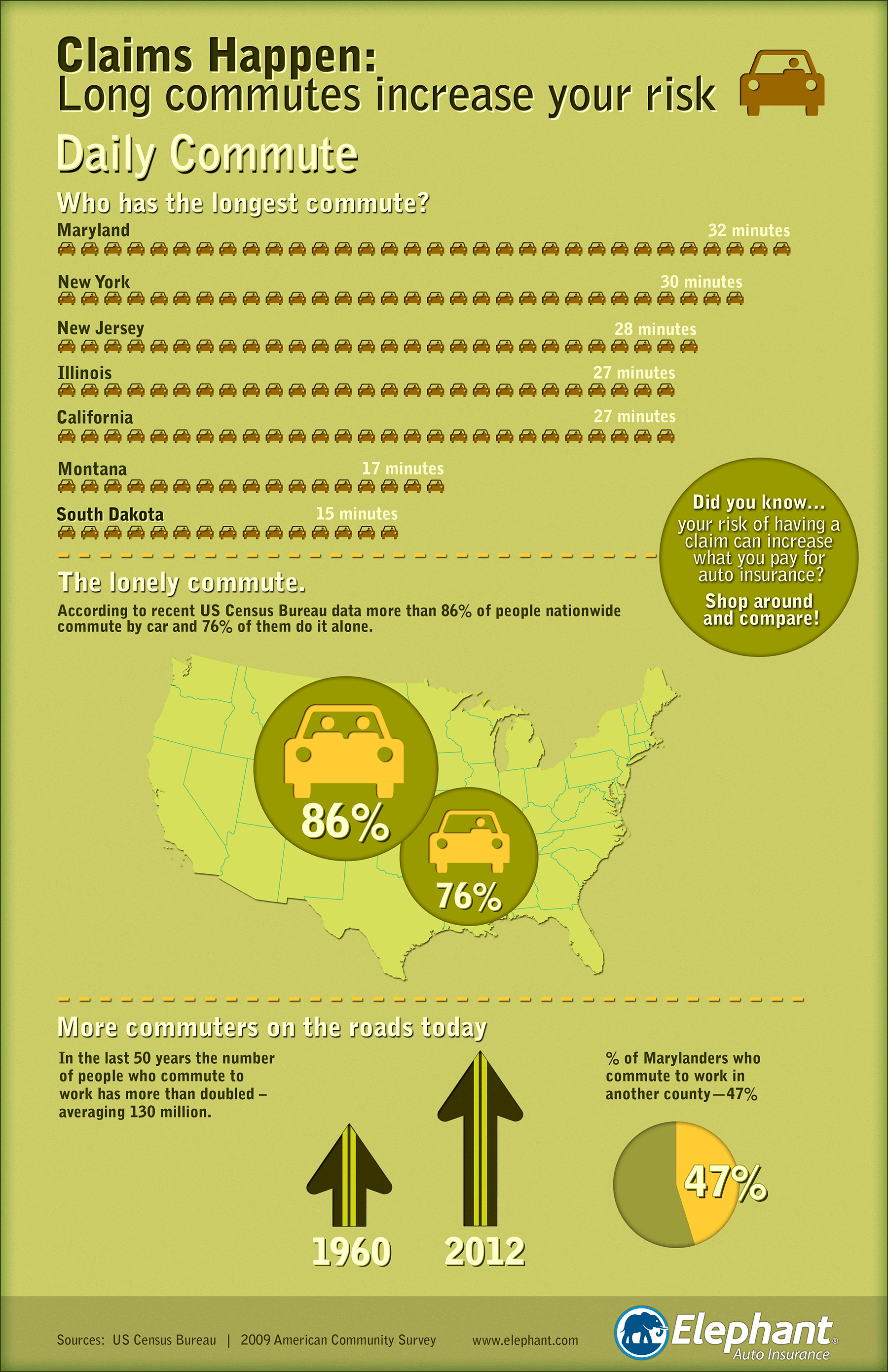 Different prices of insurance products for men and women: What are the reasons?

According to the Green Flag report on Safe Driving, men are charged more for their car insurance than women because they possess more risky driving habits. It has been reported that 3 in 10 male drivers drive faster than 60 mph on rural roads as compared to 1 in 10 female drivers. Also, twice as many male drivers as female drivers admit that they overtake even if they can’t see as what is coming from the opposite direction. These habits of men are dangerous and so the insurance costs are also high for men.

Telematics in the car insurance industry