Batman is one of the most enduring and popular comic series created in the world, and the facts and figures will prove that it is financially a milestone for the graphics novel industry as well.

History of the Comics:

Created by Bob Kane and Bill Finger in the year 1939, Batman is one of the most popular comic series-turned-business franchise of the world. The first Batman series appeared in Detective Comics in May 1939 with a 6 page story. His sidekick Robin is introduced in Detective comic no. 38.

A Visual History of Batman Comics:

Some of the most important changes that have occurred in the Batman series can be traced visually through pictures. Some of the important issues and their dates are as follows: May 1939 [issue 27], September 1942 [Batman 12], 1949, Batman 169 in February 1965 and so on.

The franchise has been on for 70 years and its popularity remains undiminished. The films alone have grossed over 2.6 billion USD worldwide. This is astonishing if we consider that the first comic was sold for 10cents each. The latest Batman film, the Dark Knight Rises raised over 1 billion USD worldwide.

The Evolution of the Batmobile:

The first Batmobile appeared on print in 1941, but it looked more like a convertible than a winged car. In 1944 the base car used was a Studebaker, while in 1958 it was a Chrysler 300. In the meanwhile, from 1941 to 2012 the Batmobile has undergone several changes and metamorphosed into the swanky glitzy gadget we are used to seeing today.

The caped crusader does not come cheap at all. The price of the various items which make up Batman’s impressive avatar is mind boggling, and these include a custom graphite cowl [$1,000,000], carbon fiber reinforcements [$ 1,150], Forearm blades [$1000], retinal projection system [10,000 $] and so on.

More on the Batsuit:

The Batsuit is one of the most iconic and important features of the entire series. It consists of mainly the cowl, the cape, the bat symbol, the utility belt, the boots, the bladed gloves, the briefs and so on. Therefore, each version of the Batsuit has a number of features, and a visual history of Batsuits over time can point out how the outfit has changed in these years.

Bill Gates, in terms of his work and charitable actions, has time and again been compared to Batman. While this may seem laughable on the face of it, the comparison does not ring hollow when actual facts are compared. Gates has saved over 5,812,000 lives by bringing vaccines and improved healthcare to children.

Some of the important gadgets and technical items used in Batman over the years include steam room, jack in a box, the bat cuffs, surfing ability transferometer, bat wake and sleep sprays, the bat crime computer, joker buzzer, and the riddler alarm and so on.

Who is Batman’s Enemy?

A number of Batman fans believe that Batman is his own enemy, and there are reasons to believe the same. For example, Batman allows villains to escape too easily, and this has led to the birth of the Joker. This is reason enough to doubt Batman’s understanding of danger.

The films too have contributed to making the franchise so popular. While the 1989 Batman ran for 1094 days, Batman Returns ran for 357 days. This beats even the Harry Potter films later, and the latest installment The Dark Knight Rises has broken all records. 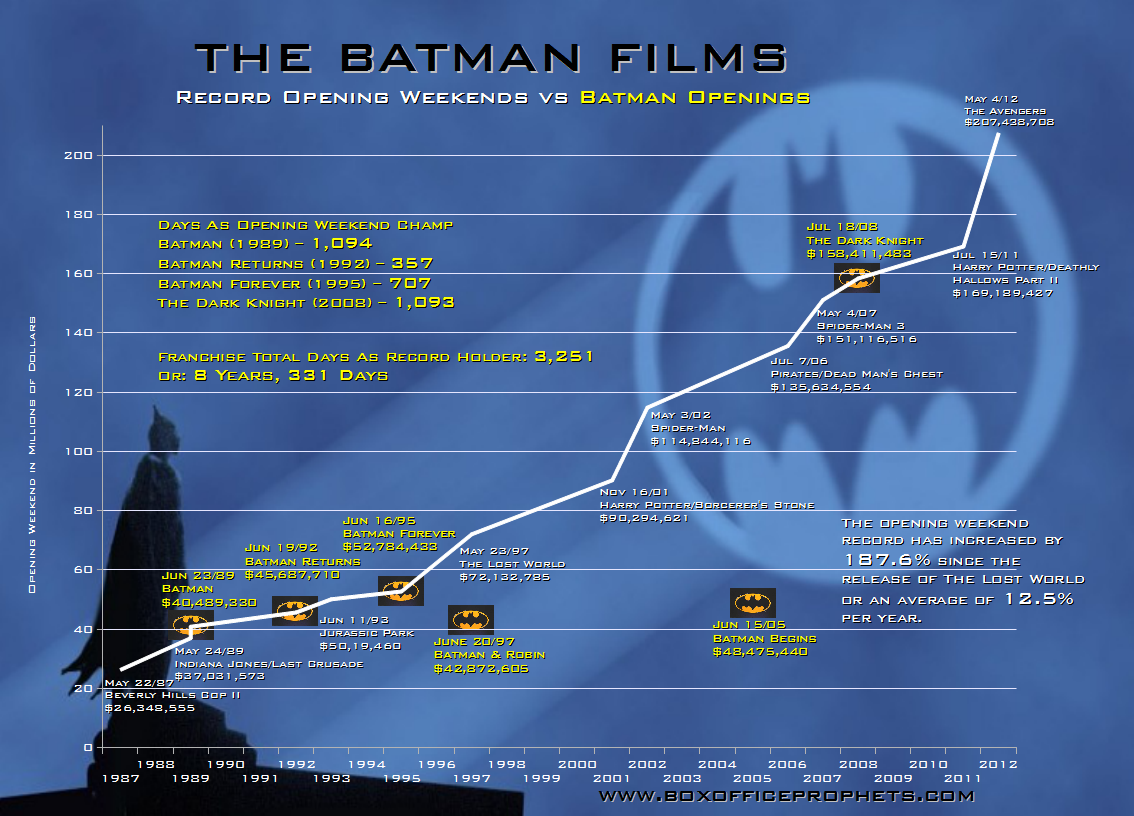