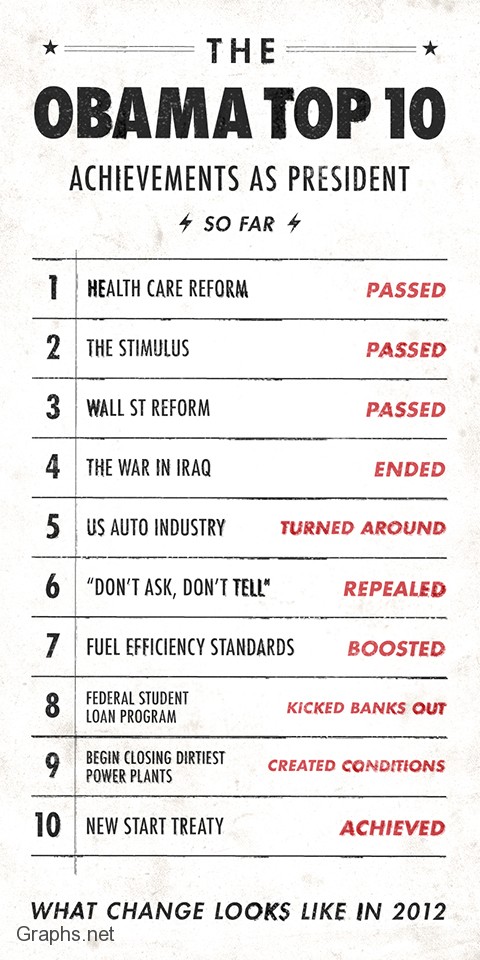 Obama is the 44th incumbent officer to hold the position of United States president. He was elected for 2 times by the people of America due to accomplishments that he made during his 1st term of service.

As the leader of powerful and supreme nation on the earth, president Barack Obama has inspired most of the youth in United States.

The top achievements that made Obama to re-win in the general elections are listed below in the infographic:

Obama has passed the health care reform under which more than 32 million American have acquired Medicare facilities.

Passed the stimulus and signed American recovery and reinvestment act worth of $ 7787 billion to spur the economic status of the country.

Ended the war against Iraq by ordering all the US military force in Iraq to come back.

Obama during his first term has passed the wall Street Reform by signing Dodd-Frank wall Street reform act and consumer protection act to regulate the entire US financial sector and its practices that caused great recession in United States.