The 25 Cities With the Highest Population Density in the World

The world’s population today is 7.8 billion. While the population is still increasing, it’s uncertain how much it will grow in the next few decades. Factors like mortality and fertility rates will greatly affect how much the population increases in the future. Right now, which are the most densely populated cities in the world?

The following graphic visualizes which global cities have the highest population density. Of the top 25, 16 are located in Asia. Manila, Philippines tops the list at 119,600 people per square foot. Europe has 7 cities on the list, many of them highly populated sections of Paris. North America has just two cities on the list – Port-au-Prince in Haiti and Guttenberg in New Jersey. Surprisingly, none of the United States’ largest cities made the list.

Take a look at the full graphic below to see where in the world the cities with the highest population density are located. 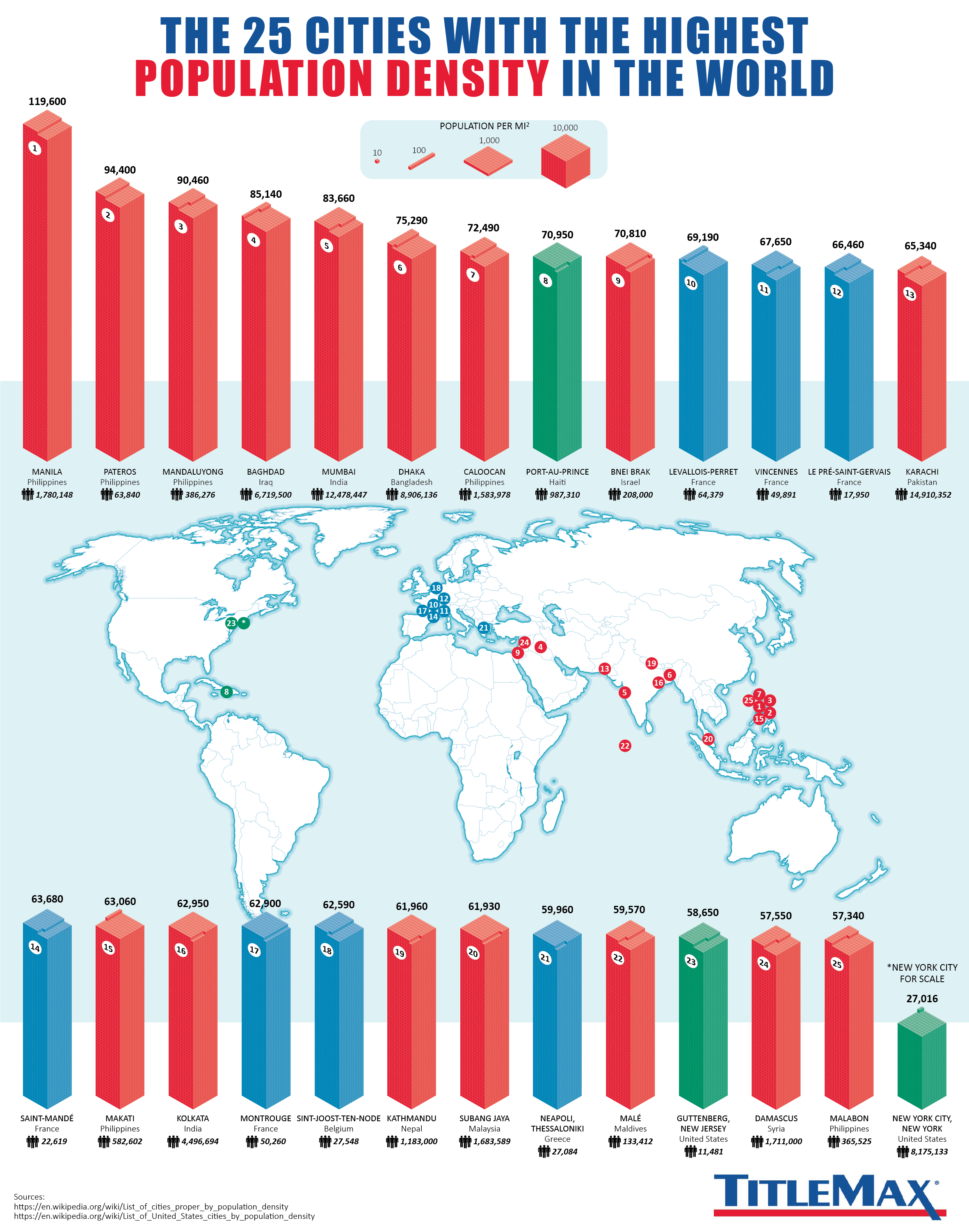