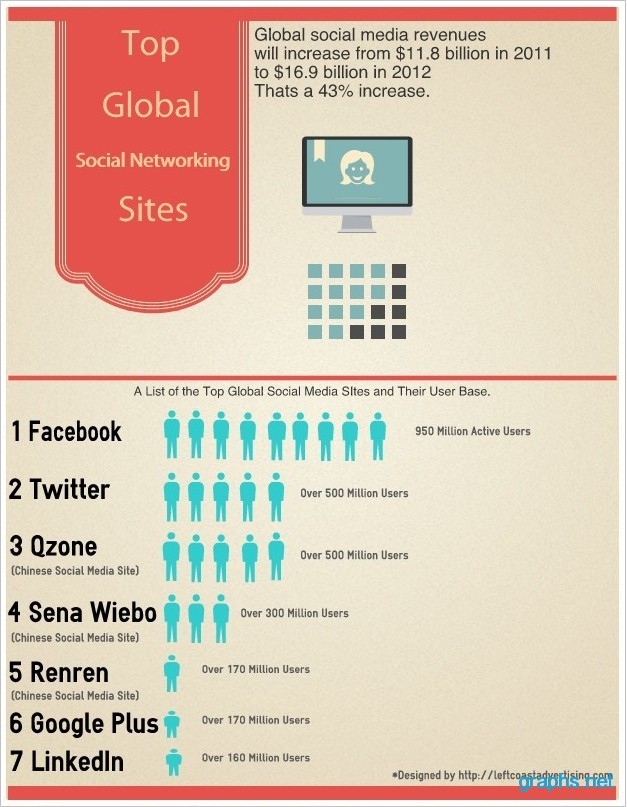 The revenues of global social media are on the rise.

While Sena Wiebo, a chinese social networking site hold over 300 million account holders, Renren and Google Plus carry over 170 million users each. However, LinkedIn has over 160 million user base.