Social media statistics for the year 2013 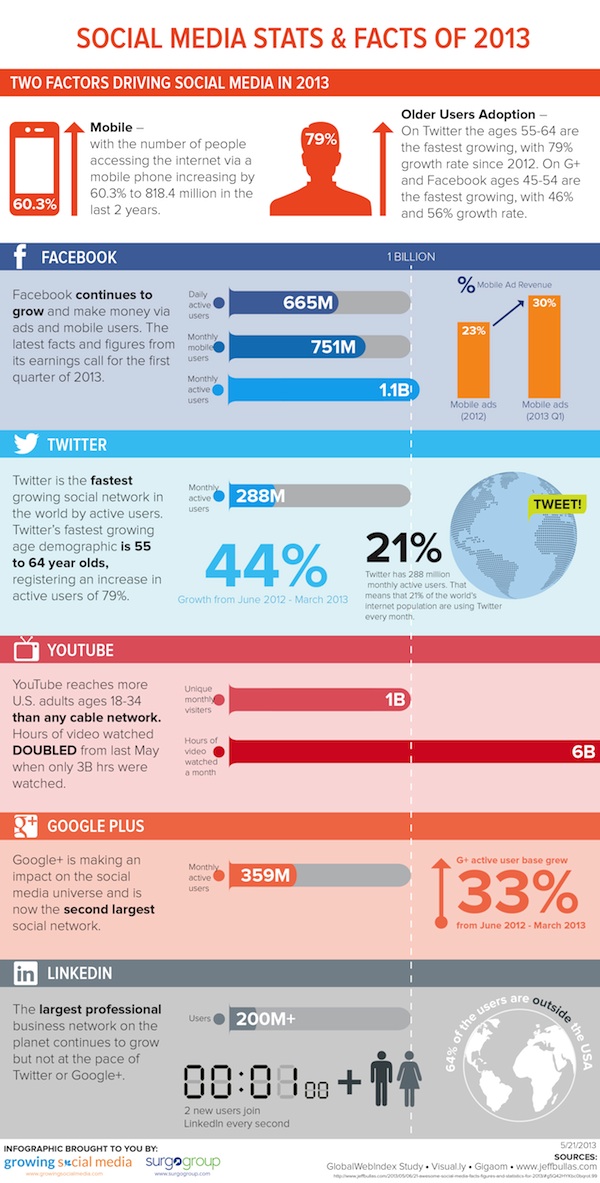 There’s no doubt that social media has played an imperative role in enhancing the business sales and helped individuals residing in different countries to establish a connection with their loved ones. It has been clear that when you consider social media, Facebook dominates the other social networks in all aspects.

Facebook with over 1 billion users has clients from every major part of the world and in the hierarchy of social media networks, Facebook is placed at the top position and there are many social media networks implementing different strategies to compete with the Facebook, but it could be just a nightmare for these companies.

Facebook continues to increase its revenue through ads and the mobile users. In last 2 years, there has been 60.3% increase in the people using their smartphone for accessing internet.

In terms of active users, Twitter has seen an immense growth. At present, Twitter has more than 288 million active users and the number has been amplified by 44% from June 2012 to March 2013.

In United States, YouTube is the top preferred channel by adults of 18 – 34 years when compared to other digital channels. A recent survey has defined that every month 1 billion unique visitors watch videos on YouTube.

Google+ is making its impact with increasing active users while LinkedIn continues to grow as the world’s largest professional network.