Schedules of Dubai Horse Racing For The Calendar 2013 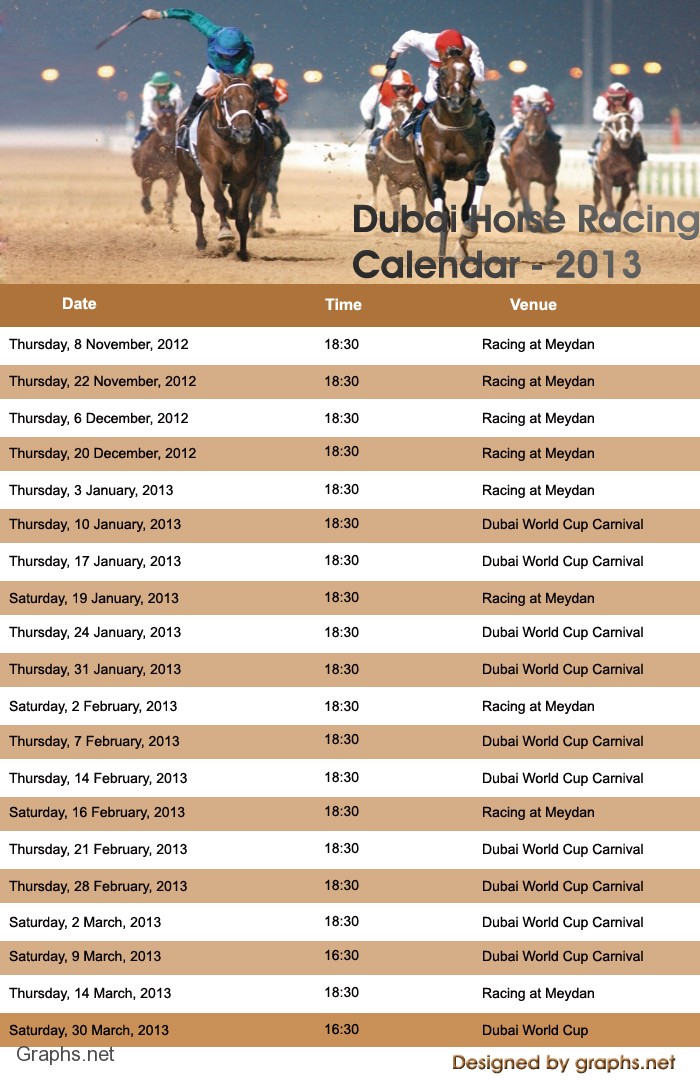 The first ever horse racing was conducted in United Arab Emirates in October,1981.The recent Dubai horse racing world cup 2011-2012 was an successful event that has bought many top horsemen from different places across the world.

The schedule for Dubai horse racing world cup 2013 was released by the Dubai racing authority and the entire tournament is sponsored by Emirates airlines. It begins in the November 2012 and continues till the last Saturday of March, 2013.

The Dubai world cup is mostly recognized as the “world's richest day in racing” which offers a prize money of $ 27.25 million. The 2013 Dubai horse racing will feature two valuable contest that includes Dubai Sheema Classic and Dubai Duty Free presented by Longines and Dubai Duty Free.

The Dubai Racing Club is in the preparations of 18th season of Dubai world cup for the year 2012/2013.