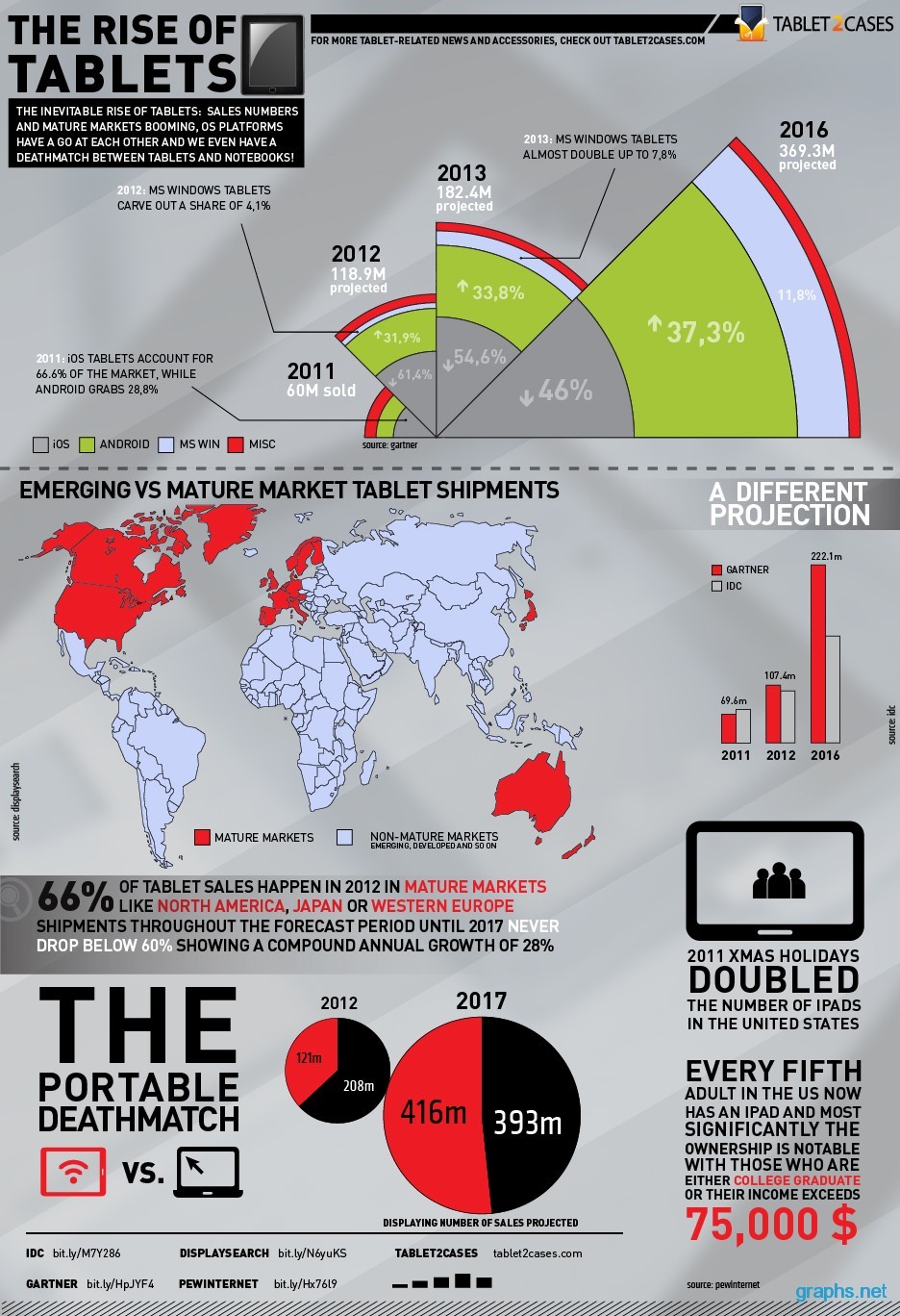 A tablet pc is a mobile computer with bigger size than the usual mobile phone and it is operated by just touching the icons or by using a stylus pen.

Mostly information is entered in the system using virtual keyboard that comes within the PC.

Reports say that 1 out of 5 adults own a ipad and all the adults are either into their graduation course or they draw salary more than $75,000. It is projected that by the end of 2016, more than 369.3 million tablets will be sold out.

Out of total tablet sales in the world, 66% of tablets were sold in the mature markets like North America, Japan and western Europe states. In 2011, sales of ios tablets contributes for 66% of total sales and android market share for the year 2011 is 28%.