This is good news for property investors looking to invest in buy to let property in the city centre of Northern cities, suggesting high demand for quality rental properties. Check out this infographic from property experts RW Invest which outlines these facts and figures in more detail. 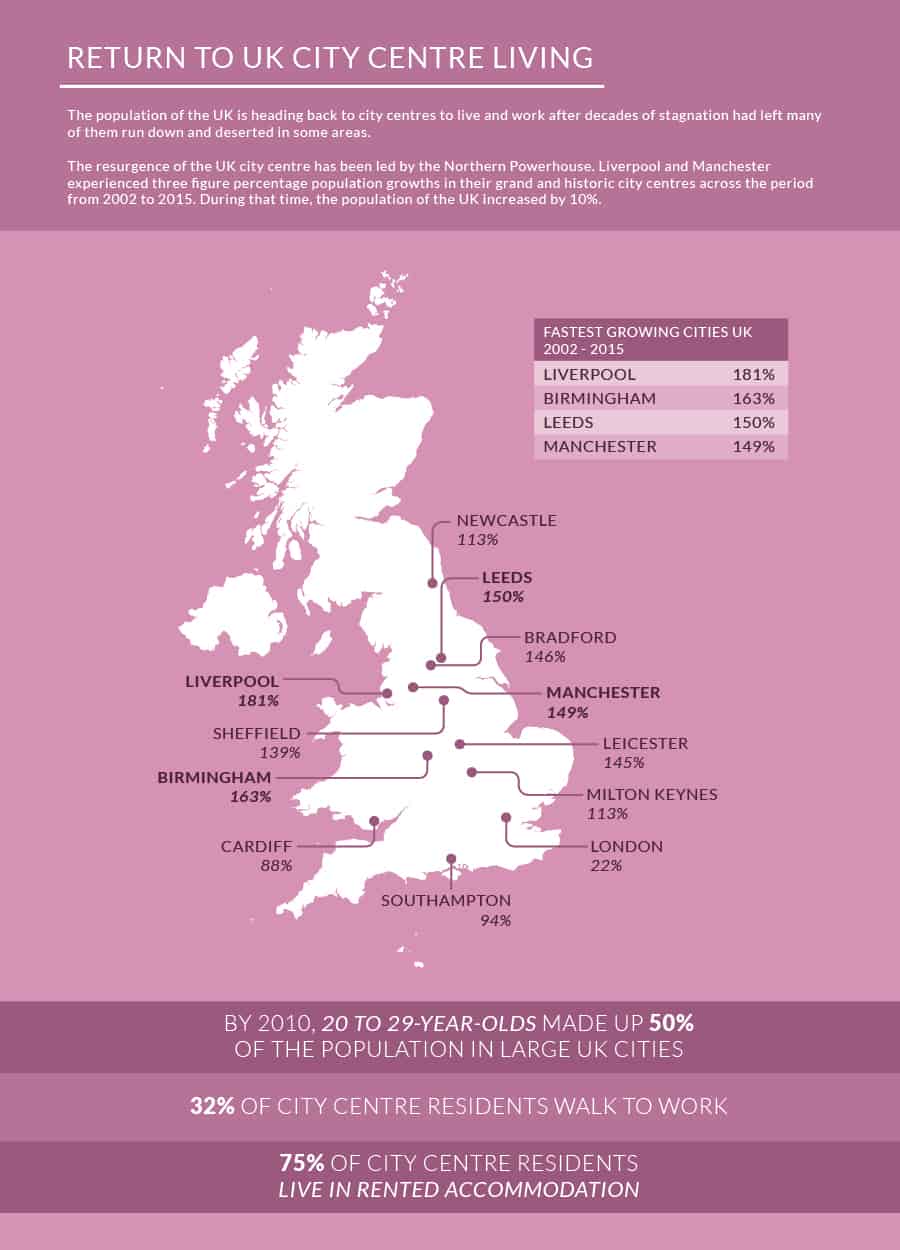