Up till December of 2016, online gambling behavior surveys also carried out by the UKGC show that 97% of Brits gamble at home. 55% of those choosing to do so on a laptop, while 43% gambled via a mobile device. Interestingly, this shows a decline in desktop use from 2015 and according to the increase in mobile gambling.

But you might be asking, what are the statistics for Canadian players?

Information pulled from the Canadian Gambling Association shows that, over the year of 2016, around 2/5 individuals gambled. That’s 37% of the population. The gambling can either have taken place in a land casino, a slot gaming center, or even by buying a lottery ticket. Out of all the provinces, Ontario has the largest percentage of players at 41%. The province with the least gamblers is Quebec, at 33%.

Lottery gaming, especially, shows high participation rates across all of Canada. The highest is shown in ALC regions at 88%, followed by BC and Ontario regions at 82%. Once again, Quebec ranks the lowest in lottery gambling at 79%. Which is still a considerable percentage of the region’s population.

Even though a lot of people play table games, it also shows that most players spend the majority of their money on slot games. Seems like, whether online or land-based, slots are the sure-fire favorites of many gamblers. 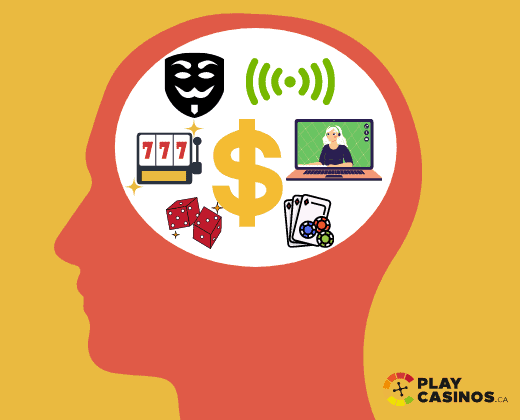