Public debt increases or decreases as a result of the annual unified budget deficit or surplus.The federal government budget deficitor surplus is the difference between government receipts and spending, ignoring intra-governmental transfers. However, some spending that is excluded from the deficit (supplemental appropriations) also adds to the debt. 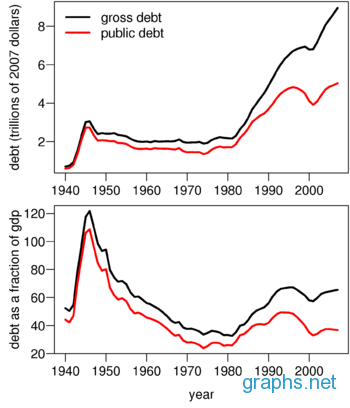