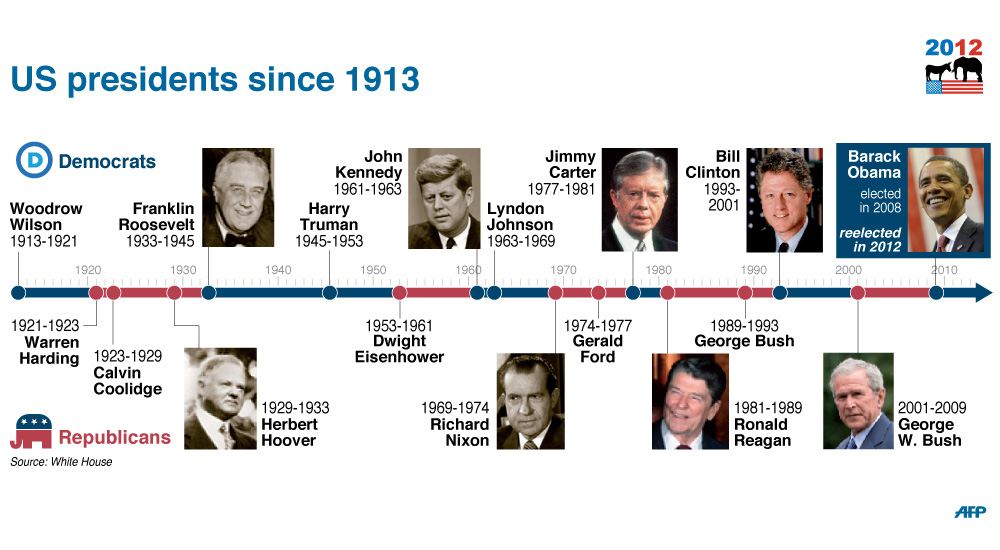 The president taking part in the general elections of United States must be representative of either Democratic or republican party.

The infographic will show you the list of presidents who have served the nation from the year 1913: