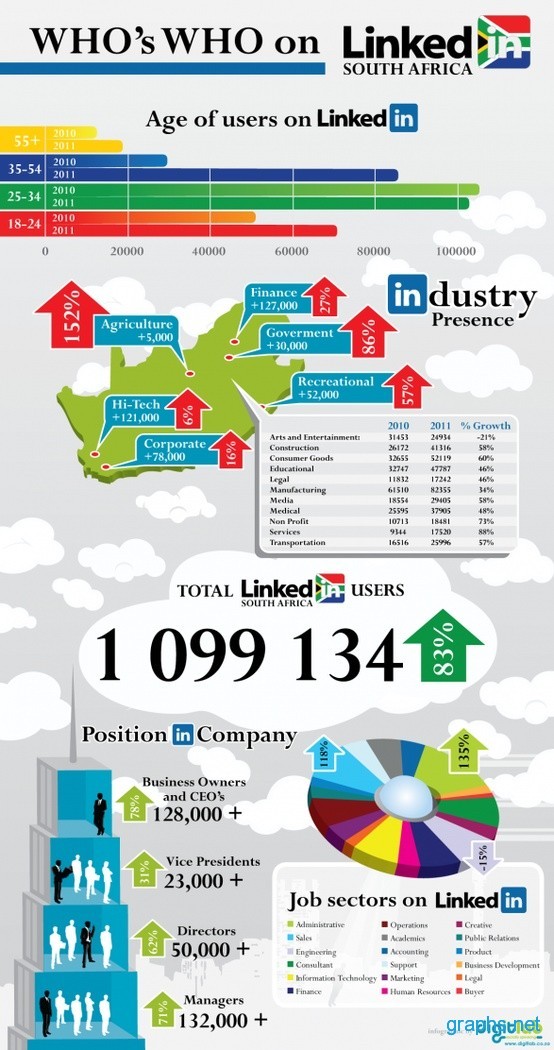 LinkedIn is a popular social network that is mostly used by professionals related to various fields. In South Africa, the number of LinkedIn accounts is increasing gradually every year.

Total users of LinkedIn in south Africa are 1,099,134 that is nearly equal to 83% of South Africa's population
In 2011, there were 70,000 users aged between 18 – 24 years and 1,10,000 users aged about 25 and 34 years.
LinkedIn is mostly used by individuals aged in between 25 and 34 years.
Of total LinkedIn users, 78% of users are Business owners and chief executive officers and 31% of individuals are vice presidents of company.
More than 50,000 directors and 132,000 managers have created accounts in LinkedIn.
In comparison of LinkedIn users in 2011 with the year 2010, there has been 88% increase in LinkedIn users of services industry and 73% increase in the non profit industry.