Home  »  Health Graphs   »   Is Kratom Legal On The State And Federal Levels?

Is Kratom Legal On The State And Federal Levels?

The fact that you’re reading this allows to suppose that kratom has caught your attention and now you want to know its legal status. AddictionResource authors say that there’s no unambiguous answer to the question.

Currently, there’re no federal regulations that would guarantee the purity and quality of Mitragyna speciose products. There’s only one piece of legislation called The Kratom Consumer Protection Act. It was designed by the American Kratom Association with the aim of providing consumers with kratom legally and helping to fight the sale of dangerous fake products.

People who use this herb mostly buy it online. Since these supplements are not FDA-regulated, there’s a lot of danger in this. The substance can be mixed with other drugs that can increase its potential for abuse and addiction. Besides, users may have a wrong dose and get an overdose, especially when mixed with other drugs or alcohol.

Only four states have signed The Kratom Consumer Protection Act, as you can see in the infographic. In 2020, the American Kratom Association announced its goal of getting 21 more states to pass this act. Meanwhile, the FDA confronts legalization emphasizing the lack of research and calling Mitragyna speciose a menace and a dangerous opioid. 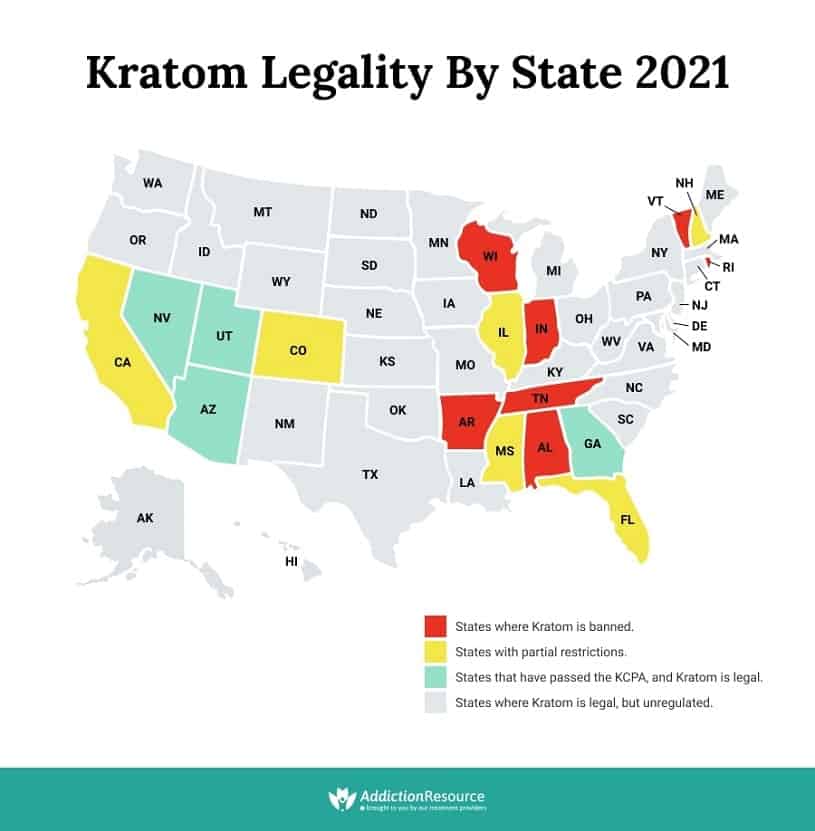