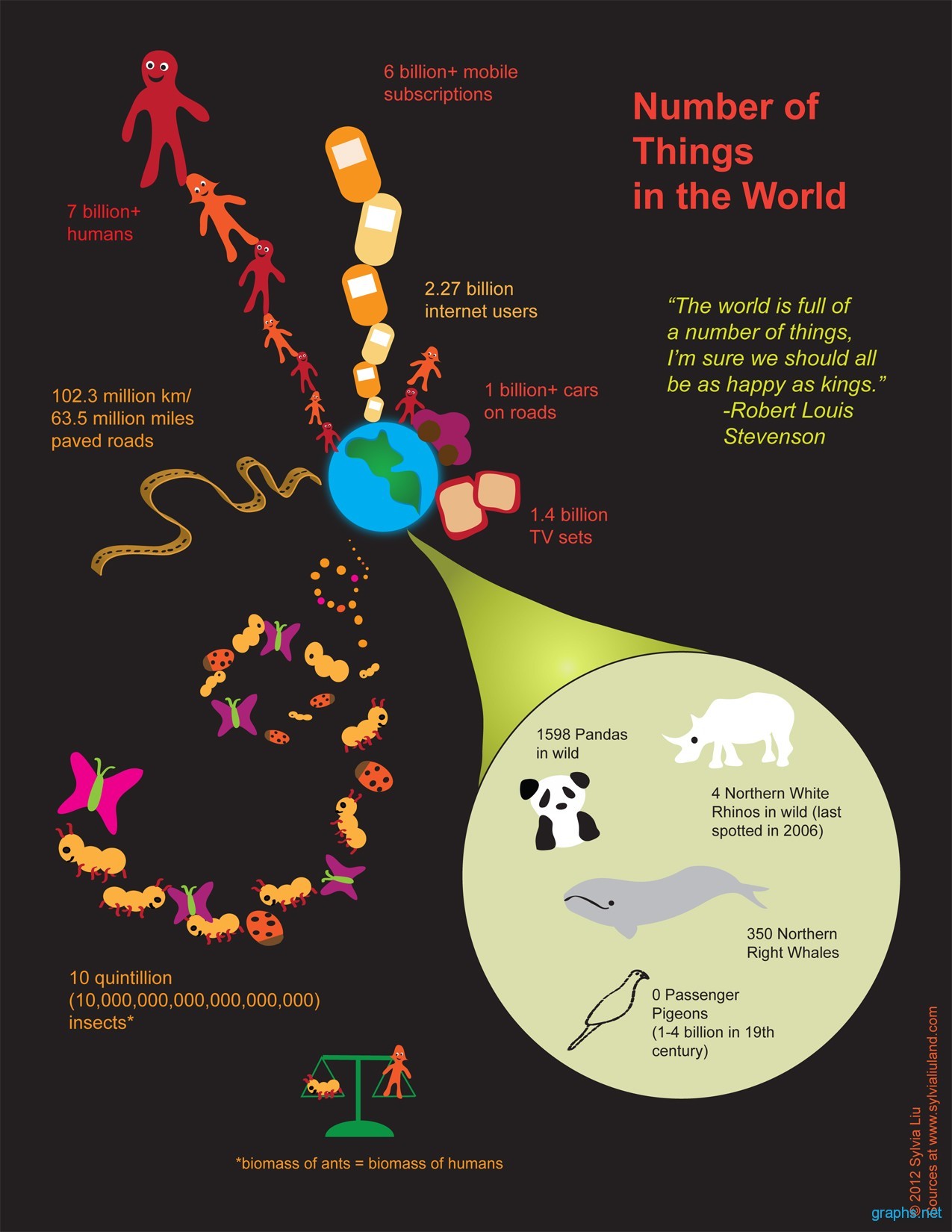 In Present world, there are several interesting things that might be known to only few individuals. For information related to things that are very interesting in world, follow the below infograph.

There are 7+billion humans of which 2.27 billion users access internet at different times on particular day.
Over 6+ billion mobile subscriptions are made by various mobile users.
over 1+ billion cars travel on roads and there are paved roads of 102.3 million/km or 63.5 million miles.
Across the world, there are over 1.4 billion TV sets.
The biomass of total ants in world is equal to biomass of humans.
Over 10 quintillion insects are present in various states on the globe.
More than 1598 wild pandas are available on the earth.
In 2006, four northern wild white rhinos are existing on the earth.
At present, over 350 northern white whales are available.
Over 1-4 billion of zero passenger pigeons are existing on the earth since 19th century.