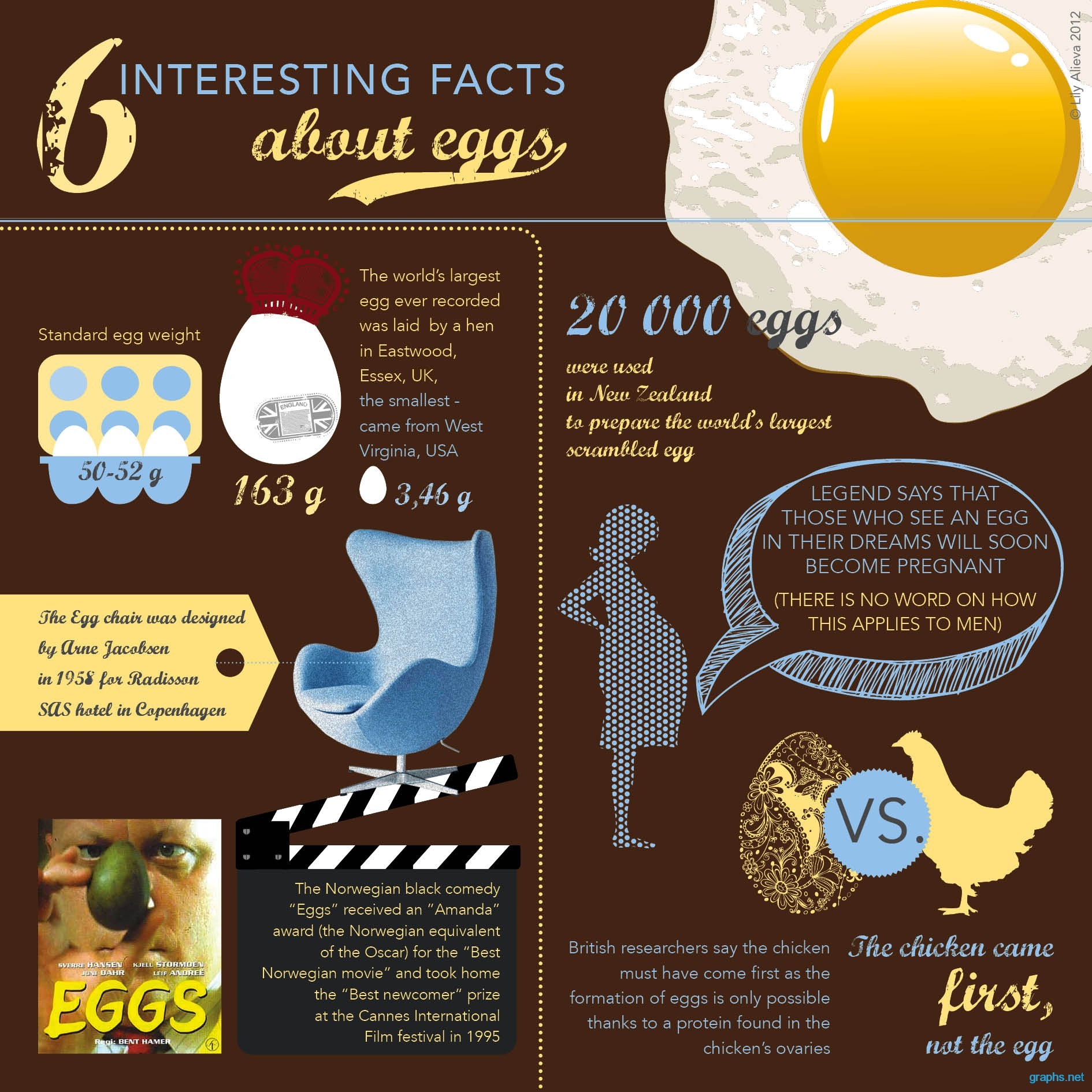 Eggs are used in preparing variety of dishes that include both sweet and salty.

Usually a egg consist a egg shell, albumen and egg yolk that has large amount of proteins that helps children to maintain a good health.

The standard wight of egg ranges between 50 to 52 grams and the largest egg ever laid was weighed about 162 grams. In New Zealand, more than 20,000 eggs were used to prepare world's largest scrambled egg.

British researchers say that chicken came first because is formed due to proteins present in the ovaries of chicken. The first ever egg chair was created by Arre Jackbson in the year 1958 for SAS hotel located in Copenhagen.