Inside Story of Coca-cola 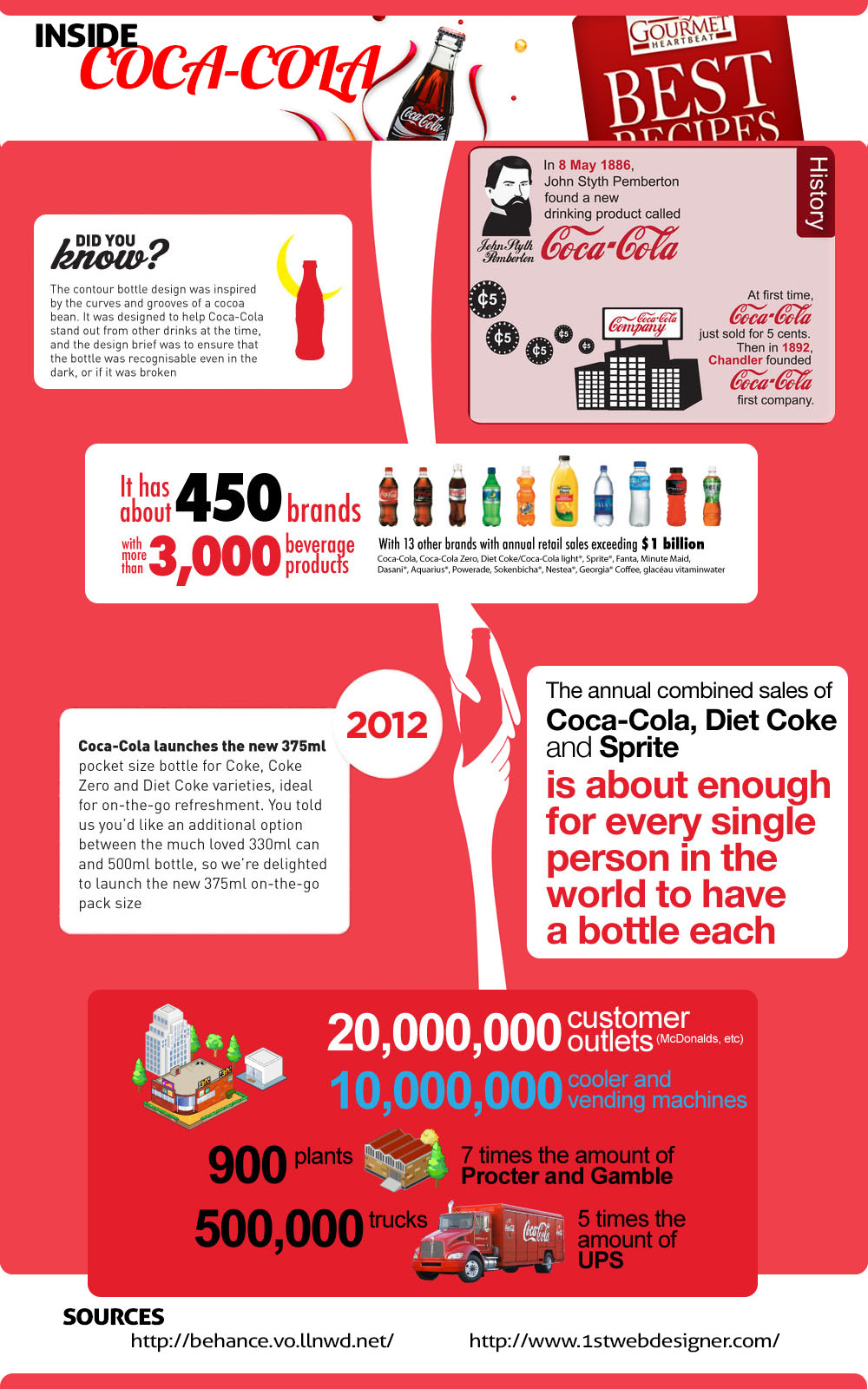 Coca-cola has recognition all around the globe and it is sold in more than 200 countries. In addition, it has thousands of subsidiary beverages that you might have no idea are owned by Coke. It has about 450 brands with more than 3,000 beverage products.

John Styth Pemberton found this iconic drink product on May 8, 1886. At first, it was just sold for 5 cents and then Chandler found the Coca-cola company in 1892. In 2012, Coca-cola launched the new 375ml pocket size bottle for Coke, Coke zero, Diet Coke varieties to provide additional option between the much loved 330ml can and 500ml bottle, which is ideal for on-the-go refreshment.

The annual combined sales of Coca-cola, Diet Coke and Sprite is enough for almost every single person in the world to have a bottle each. Fanta, Minute Maid, Powerade, Aquarius, Sokenbicha, Nestea, Georgia along with some other brands have annual retail sales exceeding $1 billion.

The contour bottle design was inspired by the curves and grooves of a cocoa bean. It was done to ensure that the bottle was recognisable even in the dark or if it was broken, which made Coca-cola stand out from the other drinks at the time.