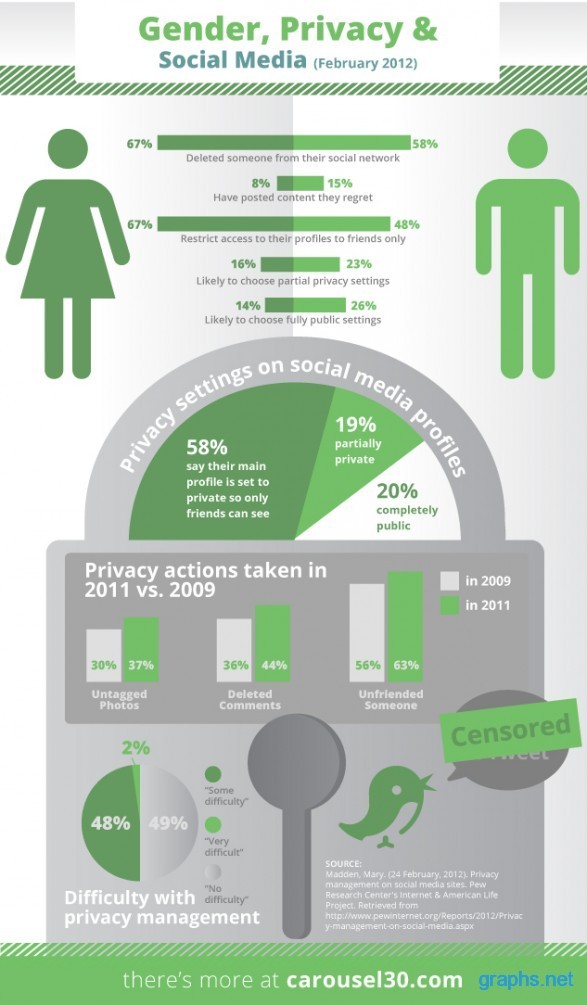 According to reports, 58% of females restrict their privacy setting and set their profile to private so that only added friends can view, 19% use partial private settings and 20% keep their profile setting to public.