Every nation’s flag has a history and story associated with it. A flag gives an identity to a nation and also defines the principles and values of that nation. Flags are of utmost importance and must be respected and valued by the citizens. The following given points will help you know more about flags of different countries.

A graphical history of the US Flag

The flag of USA has 50 stars and 13 stripes. The Union Jack displays a star for each state of United State. The flag has gone through several changes since 1775 which was the year it was first introduced. The five pointed stars in the flag are meant to represent a single state but it is speculated that each star makes a reference to ‘the heavens’. 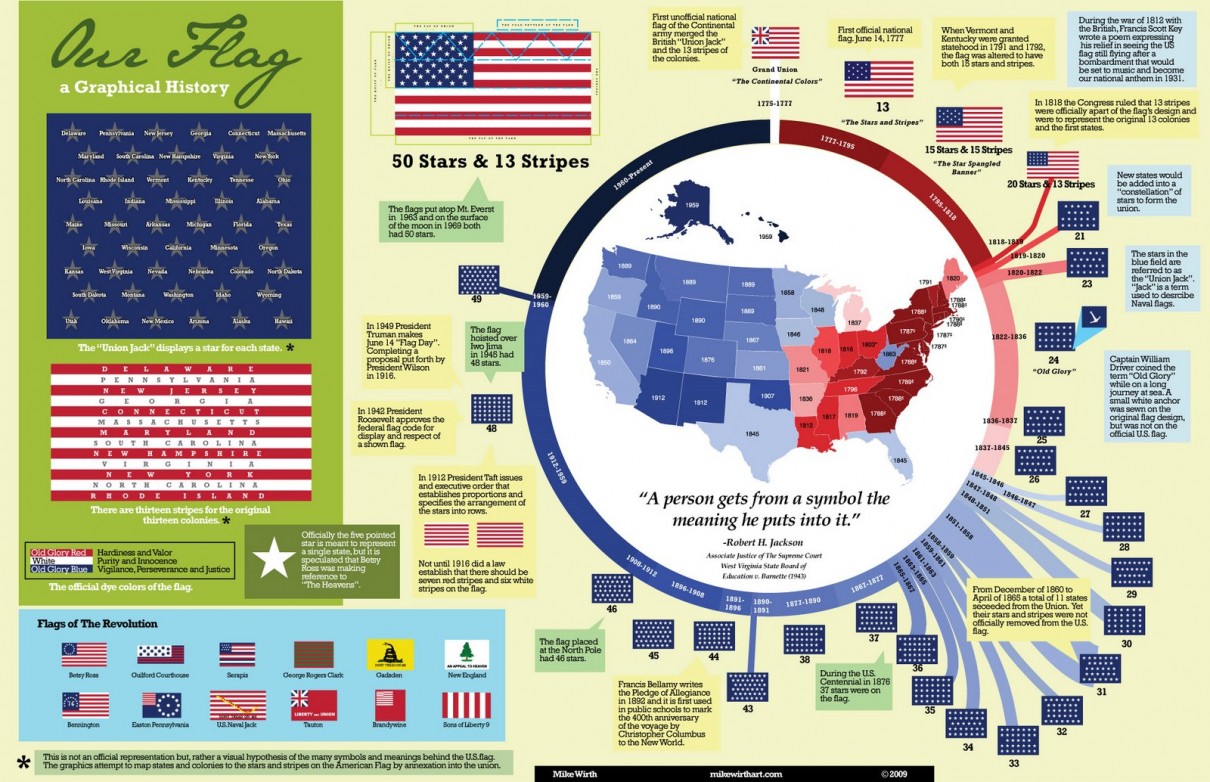 The history of the American flag

On January 1 1776, Washington ordered the Grand Union flag to be hoisted above his base at Prospect hill. In May 1776, Betsy Ross sewed the first American flag. After this, the flag went through many changes and today, the flag consists of thirteen horizontal stripes, seven red alternating with six white. The red colour in the flag symbolizes hardiness and valor, white stands for purity and innocence while blue is symbolic of vigilance, justice and perseverance. The red, white and blue stripes are strictly defines as dark red (Pantone 193C), White (Pantone safe) and Navy Blue (281C).

The anniversary of the flag revolution of 1777 was officially established on 30th May, 1916. About 95% of the US flags are manufactured in the United States itself. 50 US Flags fly around the base of Washington monument for 24 hours a day. It is a fact that the US military folds the American flag with 13 folds and each fold has a meaning. There have been a total of 6 US flags planted on the moon by crews from Apollo 11, 12, 14, 15, 16 and 17. A total amount of $333882 was spent by Mexico on exported US flags in the year 2009.

History of the Russian state flag 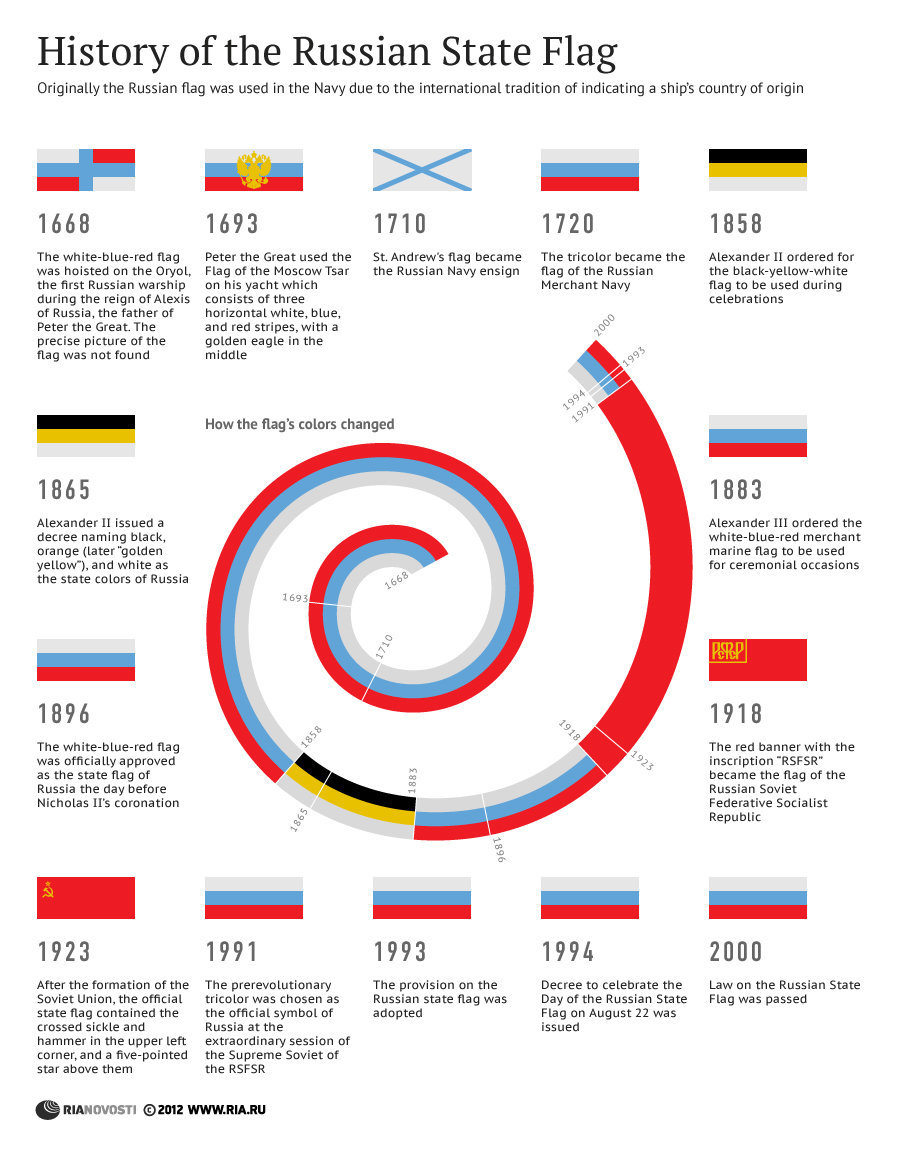 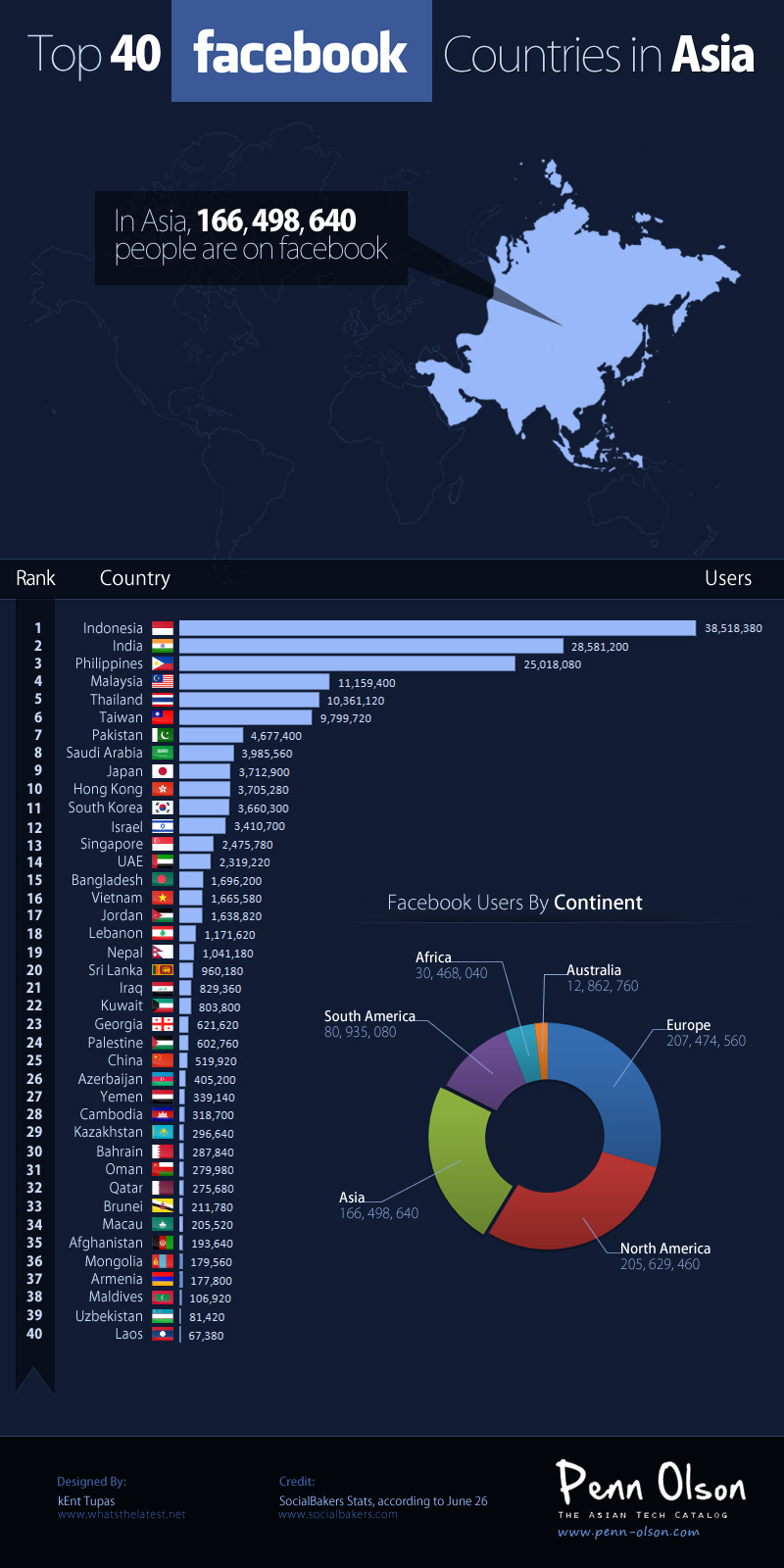