According to analysts, there are many factors driving the British pound lower over the last 9 months including weak economic data, strong technical downtrend, GBP/JPY selling and a breakdown in the British pound / oil price correlation.

It is hard to analyze the performance of the British pound. But the pound was weaker against the dollar, euro and yen than earlier times. Especially against dollar, the pound seems to be lower than ever. 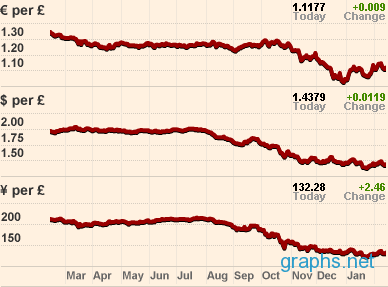