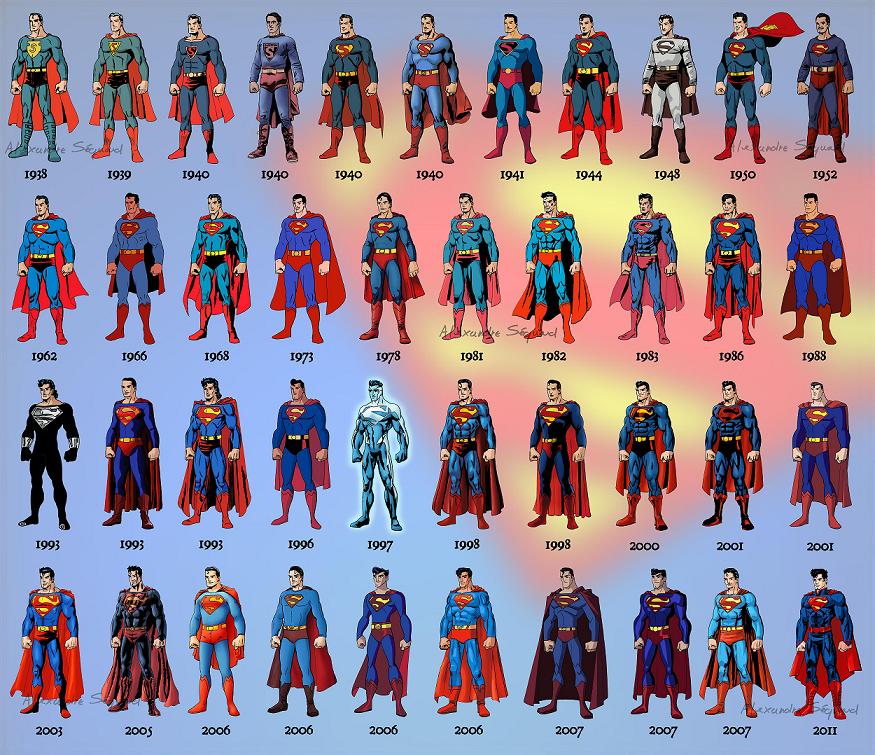 Superman is considered as American cultural icon, The Kryptonian refugee who became the world's first major comic-book superhero has undergone a lot of changes in his 75 years on this planet.

For a pop culture fixture, a character we think we know, he's evolved through several wildly different incarnations. Cavill's Superman, a man with two identities who feels alienated from both of them, is just the latest version, and he won't be the last. Here's a look at how much Superman has changed and grown over the past three quarters of a century.