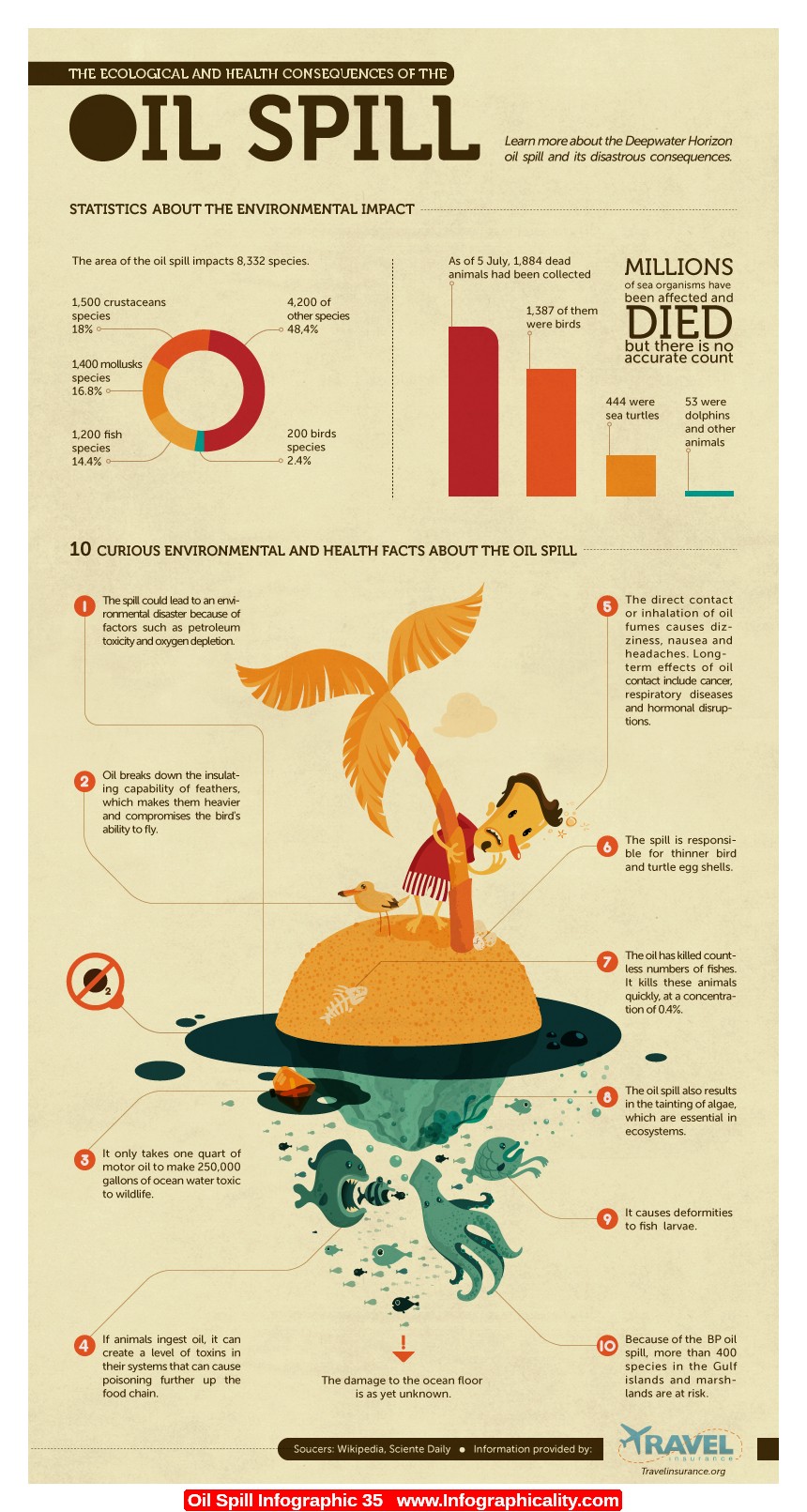 There are already enough threats to the environment and now there is another one added up to this which is posing a major threat to the life of aquatic animals and birds.

Oil spill is not a new occurrence but as the capacity of the ships to carry oil is being increasing and under water pipeline technology has improved the occurrence of oil spill disasters have increased.

Spilled oil covers about 10 feet of water’s surface making it hard for the sunlight to penetrate in and decreasing the dissolved oxygen level in the water.

Most of the corals and aquatic plants which are the primary producers die without the sunlight following the other members of the ecosystem gradually. It’s not only the aquatic life but also birds which get drenched in the oil has a problem flying as their feathers turning heavy and are dying by getting drowned in water.