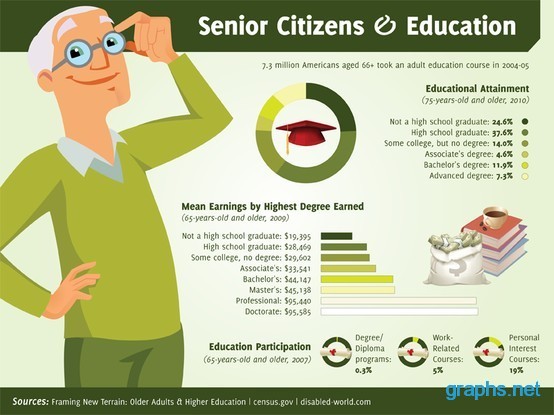 Age is never a barrier to learn something.

Lets see among how many old age people have pursued some education courses. During 2004-05, 7-3million Americans aged 66 had pursued adult educated courses .

In 2010, old people aged 75 or more took an education program. Around 37.6% of people attained high schooling. Another 24.6% of them were not a high school graduates. While 11.9% of old people received bachelor degrees, 7.3% of people took advance degree education.