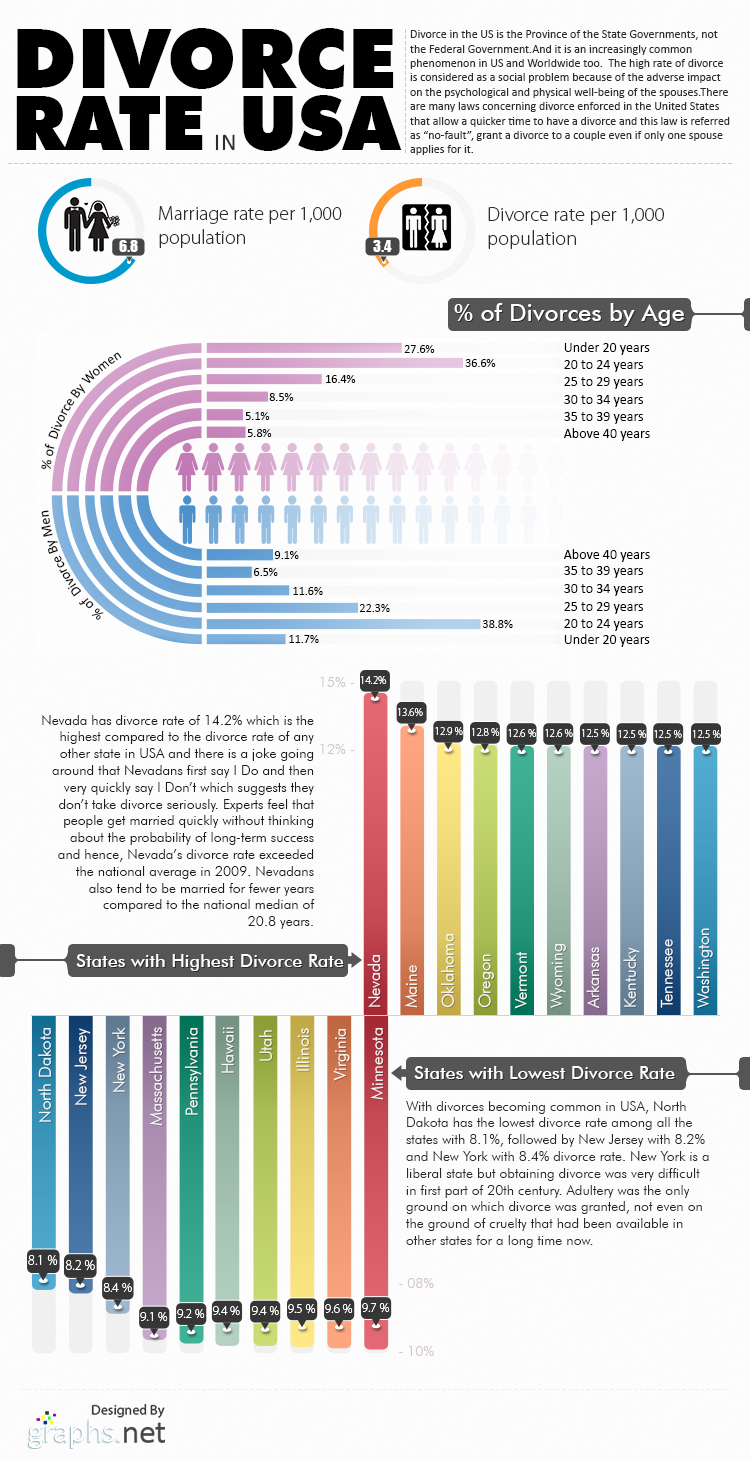 Increasingly divorce is becoming a social problem because of the adverse effect it has on the psychological and physical well being of the partners. More so in the United States, with number of divorce cases going up every year. Divorce in the U.S. is the province of the state governments and not the federal government.

There are many laws in U.S. that allow couples to have a quick divorce, one such law is called ”no-fault” law. This law grants a divorce even if only one spouse is applying for it. Both men and women, aged between 20-24 are involved in highest percentage of divorce rates, perhaps this could be due to immaturity.

Nevada has the highest divorce rate with 14.2% followed by Maine with 13.6% divorce rate among the states. There is a joke going around that Nevadans first say I Do and quickly say I Don’t which suggests that they don’t take divorce seriously.

North Dakota has the lowest divorce rate among the states in U.S. with 8.1 divorce rate. Experts feel that Americans lack planning for long term future and rush into marriage, then suddenly realize this is not what they wanted and opt for divorce.