Demographics of Voters in America 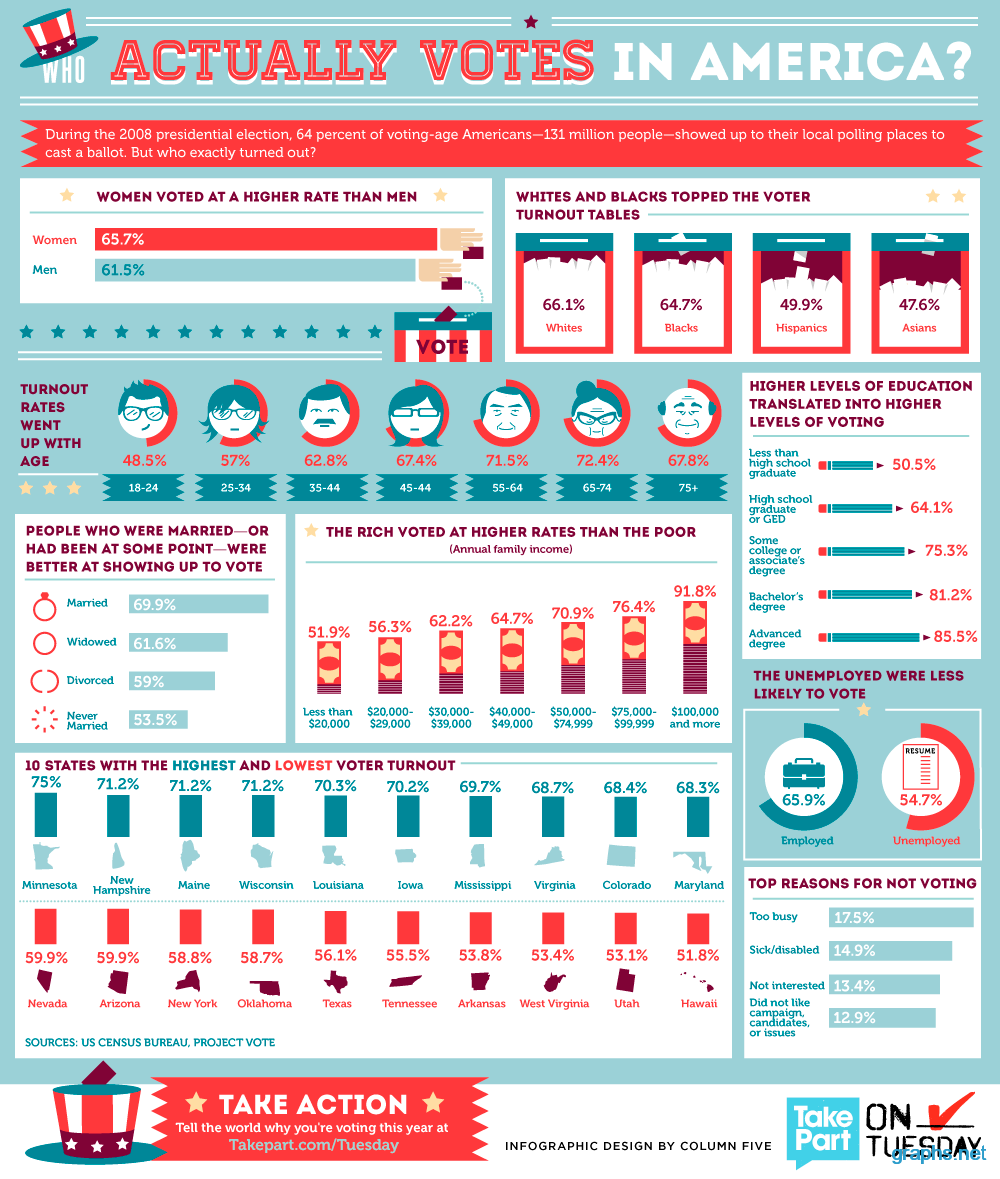 The above infographic presents demographics of voters during 2008 presidential election. here were 131 million voting-age Americans. While 65.7% of women voter turned up for polling, 61.5% of men voters casted their voters.

The percentage of participation is varied based upon age, education, income, including marital status. While older people aged 45 above were appeared to be actively turned out, adults aged 18-24 were seemed to be disinterested in voting.