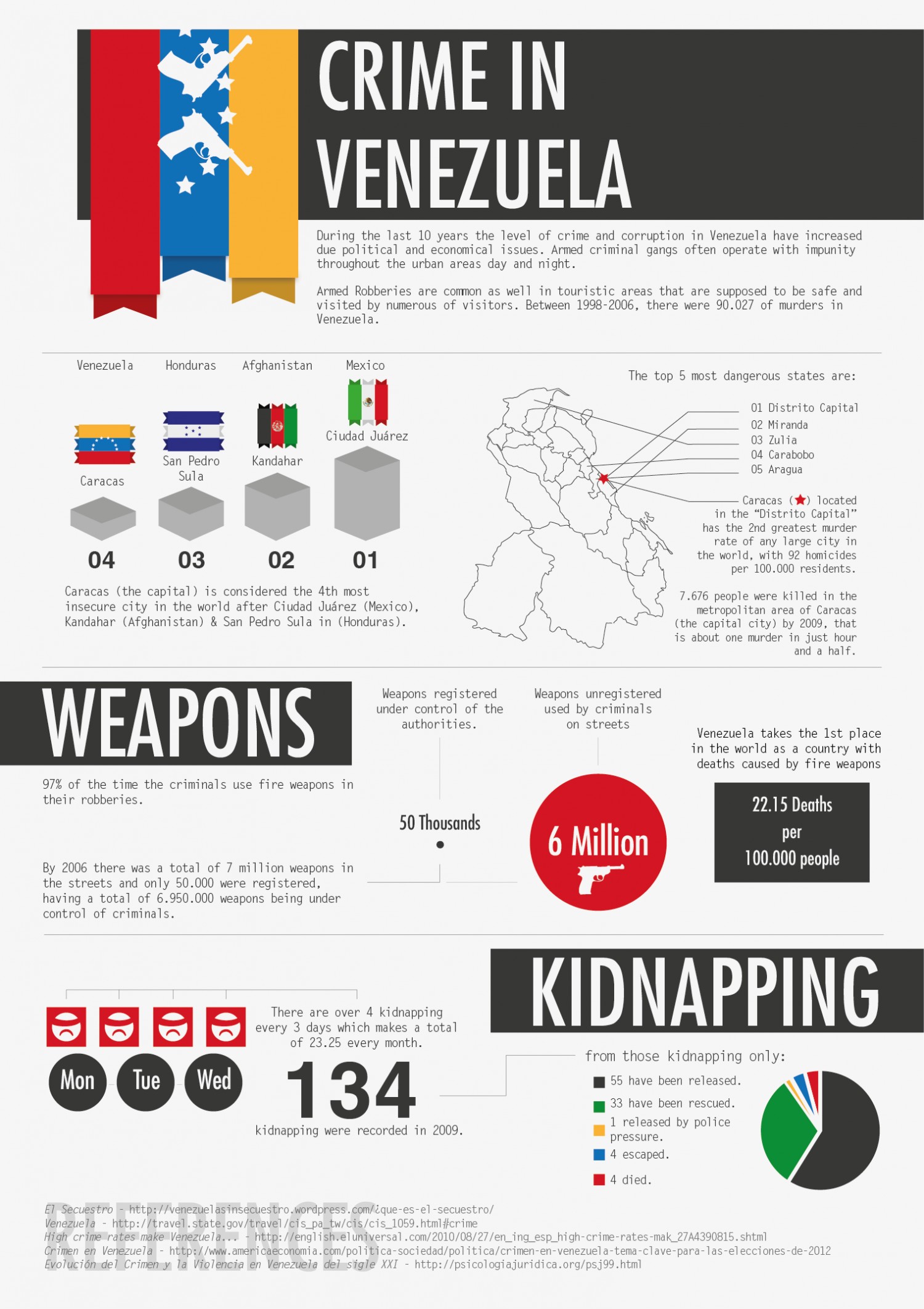 The Bolivarian Republic of Venezuela. a;s commonly known just as Venezuela, is a country in South America where in the last 10 years crime and  corruption have increases manifold due to political as well as economical issues.

Presence of armed criminal gangs can be seen in broad daylight as well as during the night  operating with increasing impunity and can be seen terrorizing and robbing tourist areas as well that are as a fact supposed to be safe for foreign tourists as well as local travelers alike.

Distrito Capital, Miranda, Zulia, Carabobo as well as Aragua are known to be the five top mot dangerous states in the country with the second highest number of murders taking place in Caracas with one murder happening every hour and a half.