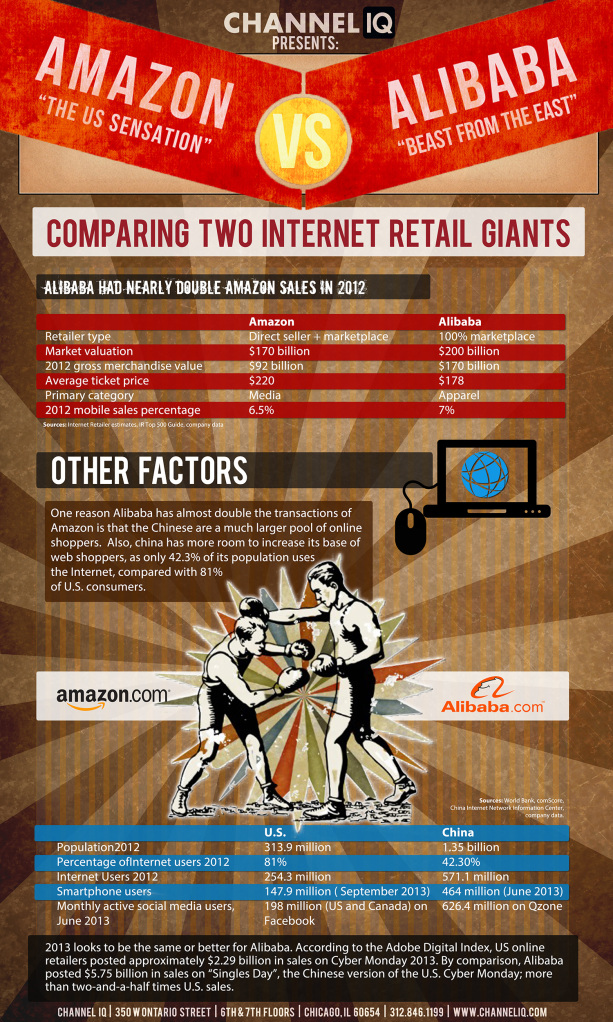 Amazon, the internet retail giant that has been catering to our needs for quite a long while now but with the launch of the Chinese internet retail giant Alibaba, a few years back, the competition has been stiff. And it gets sharper now that the Alibaba Group will be going public with an estimated value of over $100 billion, that is a little more than half of what Amazon is worth.

It has been found that Alibaba boosts of nearly double of the Amazon sales and has had about $5.75 billion sales in a single sale day, equivalent to Cyber Monday sales in the US.