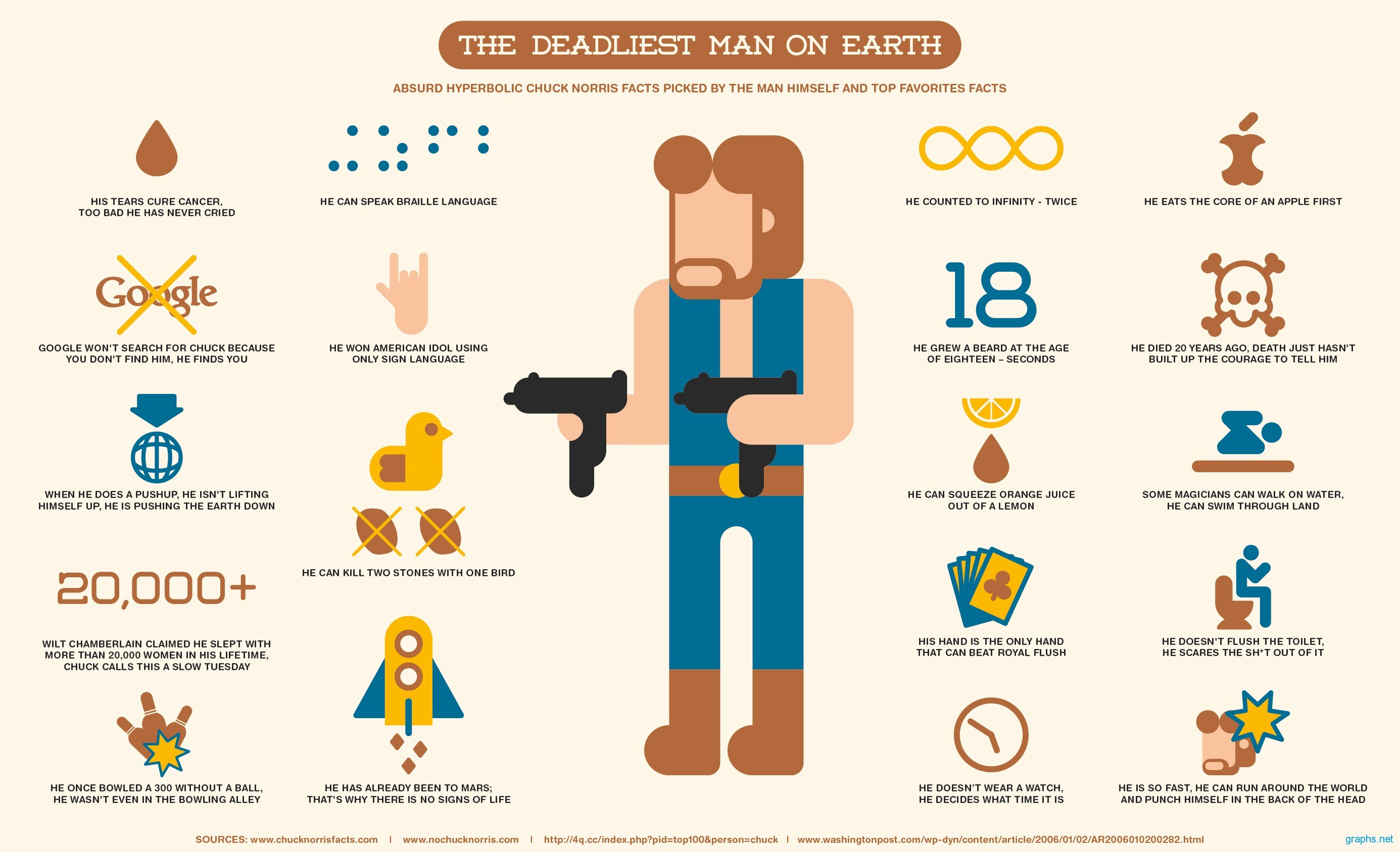 Chuck Norris is well reputed for his martial art skills and he is an American actor. Norris has written several books related to Christianity and offered them to the republican candidates.

Some weird and interesting facts about Chuck Norris:

chuck Norris tears can cure cancer but unfortunately he never cried.
He has the ability to kill two stones with one bird
Norris can even speak Braille language
Norris has counted up to infinity for two times
Norris has grewed his beard within 18 seconds
Norris doesn't wear a watch because he himself sets the time that people follow
while playing poker, Norris can generate a hand that can beat the royal flush
Norris has won the American idol title for many times just by using the sign language
people can't search for Norris on the Google or any other search engine
He has the ability to squeeze orange juice by using lemons
He bowled 300 balls at a time without being on the ball alley
These weird facts makes him the deadliest man on the earth.