On an average, a baby uses about 3500 nappies in the first year and 500 pounds are spent on disposable nappies. 64% of the times, a baby says ‘daddy’ first and 28% babies say ‘mummy’ as their first word.  In the first year, a baby travels 50 km by rolling over, crawling, walking and shuffling.

Pregnancy and child birth in the United States

The United States spends more than any other nation per year on child birth and this amount is estimated to be $ 50 billion. Every 7.4 seconds, a person is born in the USA. About 70 % of the babies born have brown colored hair while the ones with red hair are only 5 % of the total. With the huge birth rate, comes huge infant mortality rate as well. US ranks 29th in the world for infant mortality rate.

September is the newborn screening awareness month. The screening foundation has more than 2000 followers on Twitter and 12000 times the video called ‘one foot at a time’ has been downloaded. Ever since the website’s relaunch, it has been viewed over 25000 times. 77 % of all the babies born in the USA are screened and for life threatening disorders.

In the first year, a baby’s brain grows double its original size. Some signs of a gifted baby are

In the first month, a baby’s diet must include breast milk or formula while by the time the baby is one year old, the baby must be eating sold food, using spoons, drink from sippy cup and must try to feed itself. The baby can start sleeping in a big kid bed by the time he/she is about 3 years old while he/she must be put into sports around the age of 5 or 6 years.

It is a fact that nearly half of the first time mobile tech users aren’t even in kindergarten and between the ages of 2 to 4, nearly 39% of the kids start using technological devices such as mobile phones and tablets. Children aged 6-12, wanted Apple products as their Christmas present in the year 2011! What is surprising is that 47000 iPad were sold to schools in the USA within the first 45 days of iPad sales.

It is a well known fact that being active in nature makes kids healthier. This is because exposure to nature can reduce stress levels by 28% in children and even a 20 minute walk in nature can help children to concentrate better. The children living within 2/3 mile of a park can be 5 times more likely to have a healthy weight. 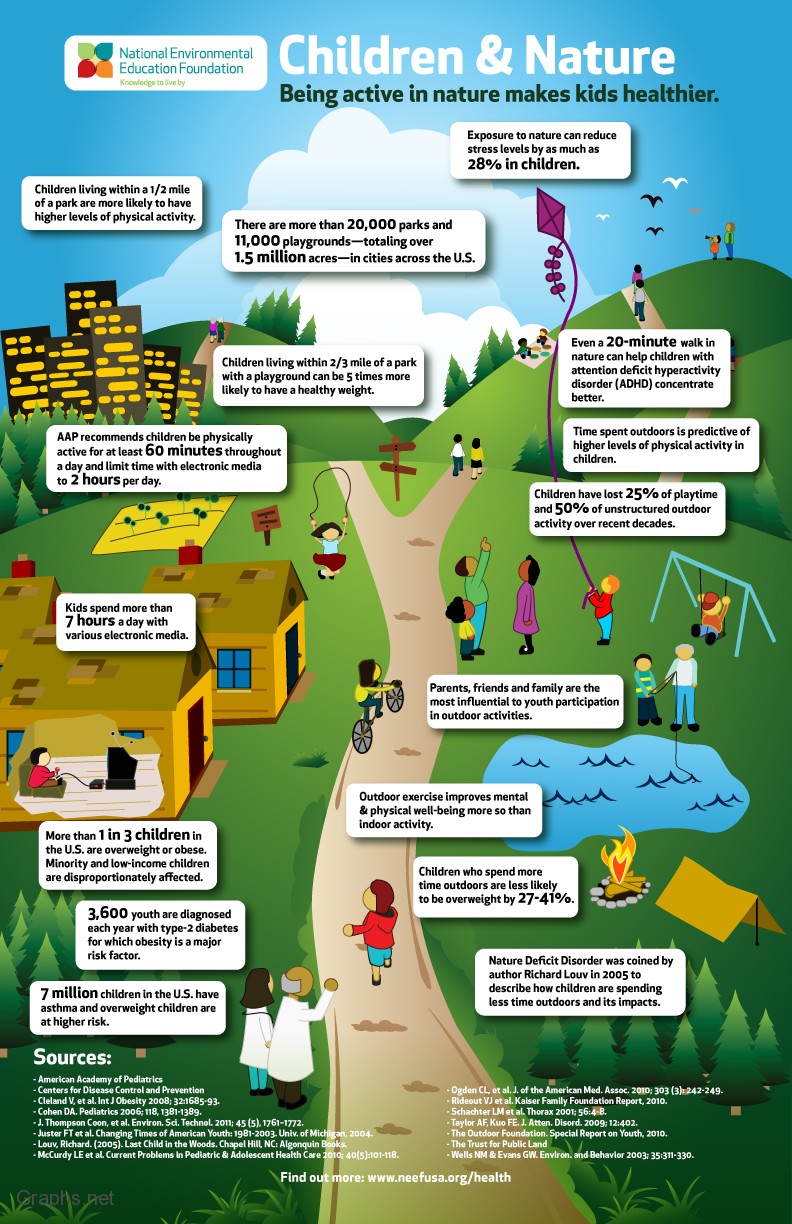 Kids these days are pushing boundaries and limits as far as fancy costumes are concerned.  Some of the costumes that are considered inappropriate are the current catwoman costume, the Lady Gaga look, The Rap Star look, The Lil Pimp costume, the lobster Bisque, The Chucky, The woopie cushion and the Ghost rider.

The most appropriate age for kids to have their own Facebook page is 13, which is also the current minimum age to join Facebook. But a survey says that more than 1000 parents found that their kids below the age of 13 were on Facebook.