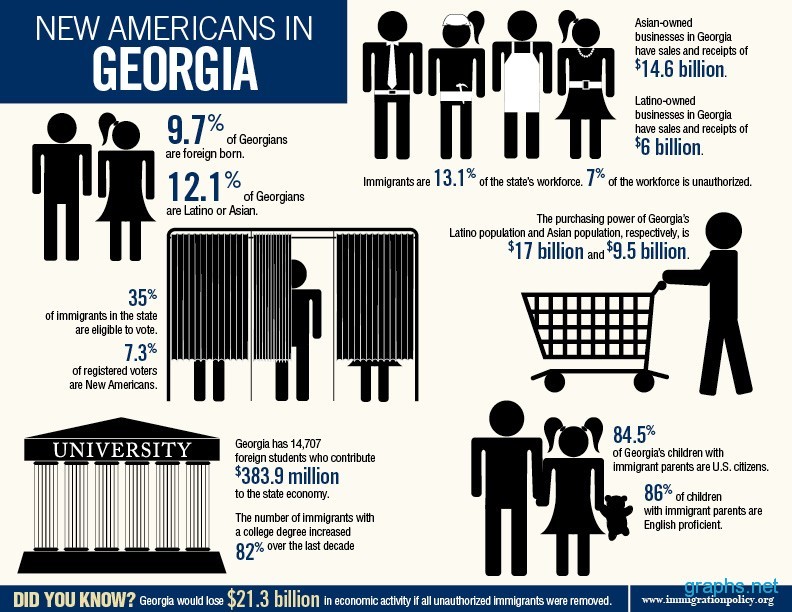 Georgia is located in north eastern part of United States. State holds the record for being 9th most populous among 50 states in America. Georgia is ranked as fastest growing state next to Texas and the entire development is due to contribution made from high percentage of foreigners residing in Georgia.

Reports show that Georgia may lose $21.3 billion in economic activity if all foreigners are migrated. Facts about percentage of foreigners living in Georgia and how they contribute to Georgia economy.

Over 9.7% of Georgians are born in other countries and 12.1% are either Latinos or Asians.
Immigrants contribute 13.1% of the total state workforce of which 7% of workforce is unauthorized.
Over 35% of immigrants living in Georgia are eligible to take part in the general elections.
Several universities in Georgia state have 14,707 foreign students who contribute $383.9 million to the state economy.
More than 86% of children with immigrant parents in Georgia are English proficient.