The Statue of Liberty located in New York, New Jersey State was a gift honoring the America after declaration of its US independence. It was presented by the France Government.

The statue was designed under the supervision of sculptor, Fredric Bartholdi and engineer, Gustave Eiffel. This statue was officially opened on 28th October, 1886. The entire sculpture was divided in to 350 separate pieces and delivered in a French ship packed in 214 crates. It took more than 4 months for entire workers to assemble the statue together.

According to western tradition, seven sun rays on the crown of the sculpture will symbolize seven continents and seven seas of the world.

The height of sculpture from bottom of the ground is 93 meters of which the statue's height is 45 meters. More than 31 tons of copper used for the statue's surface and 125 tons of steel armature was used in constructing statue of liberty. 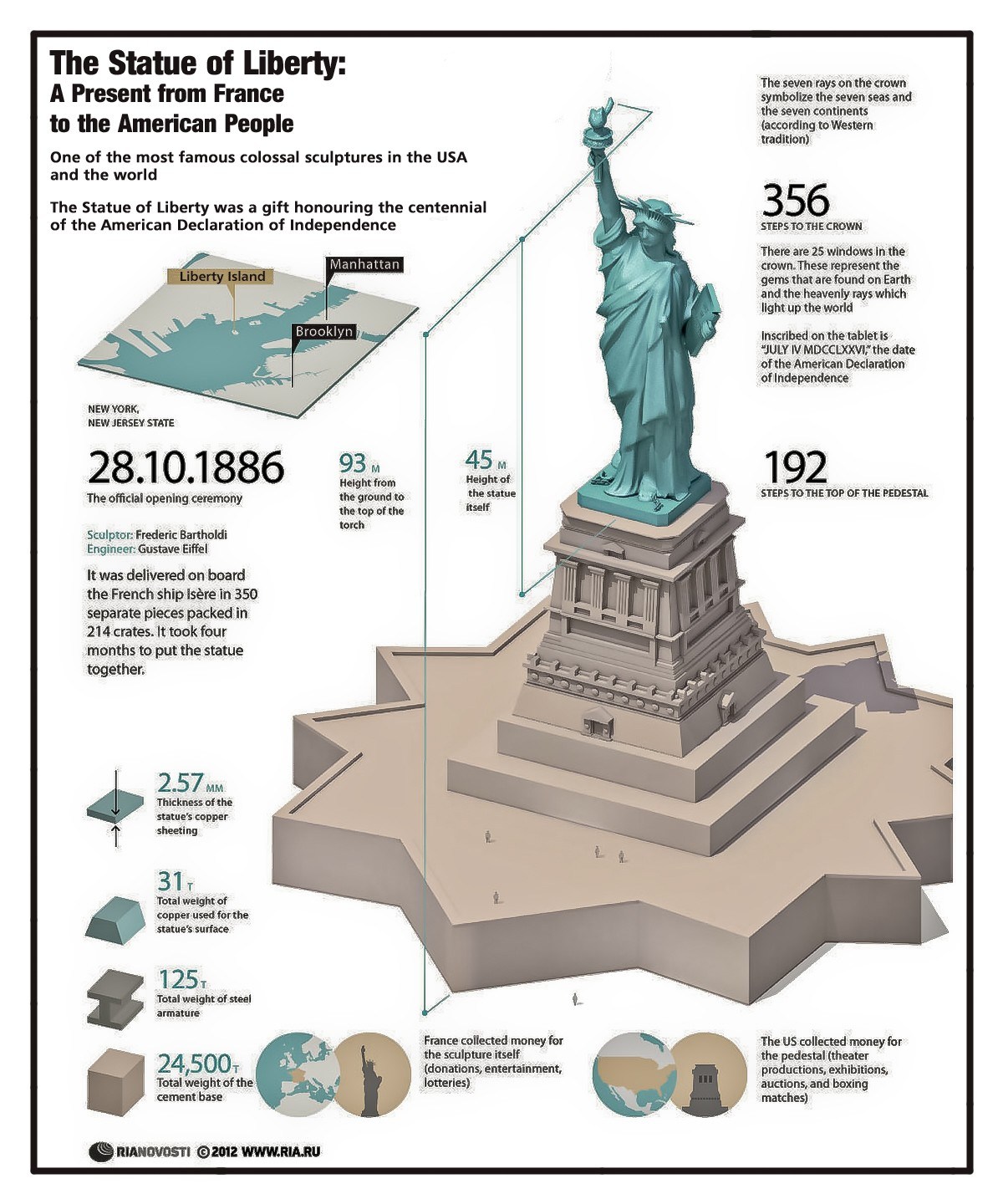