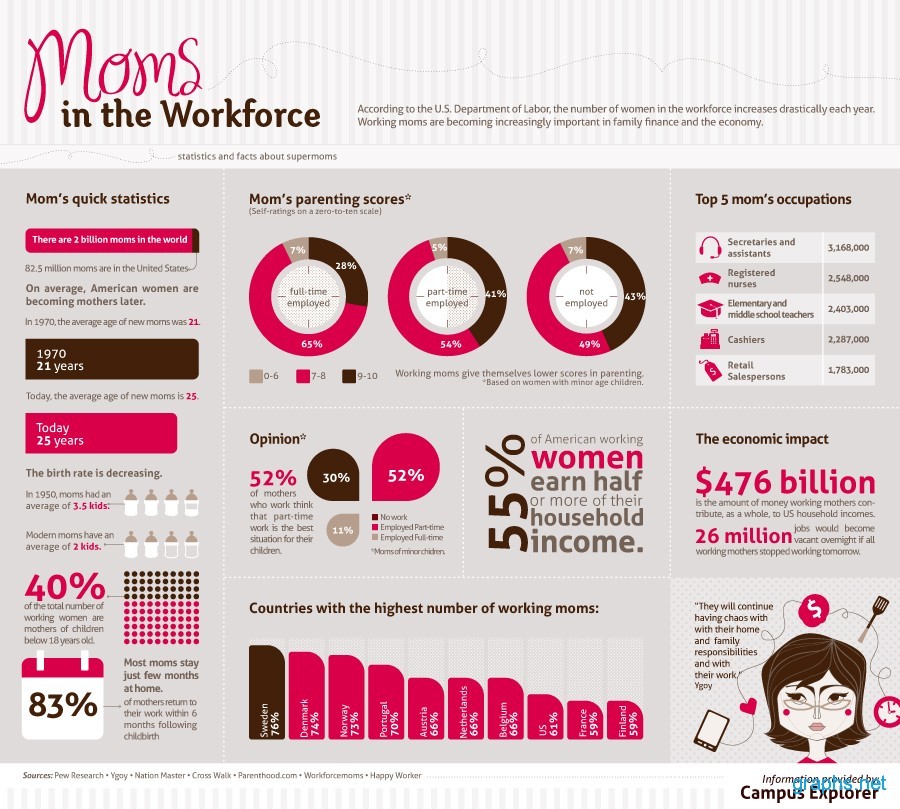 The working moms number has changed drastically from last few years and according to US labor department , it was stated that there are 2 billion working moms in the world of which 82.5 million are from United States.

When surveyed more than 52% of women said they prefer to work part time, 30% said they don't like to work and 11% stated that they wish to work full time. Reports show that more than 55% of working women in America earn half of their house hold expenses. Working mothers in America contribute more than $476 billion to the America household incomes and help United States to stay top in the economic status.

Reports say that 83% of working women return to their workforce with in six months after the child birth. Sweden holds the record for having 76% of working moms and Denmark is at next position with 74% working moms. Several other countries with highest count of working moms are Norway, Austria, Netherlands, Belgium, United States, France and Finland.