In this short analysis by Breazy.com, one can see how severely cigarettes impact specific parts of the country. Where some states like Utah have low reports of cigarette smoking among the population (about 8 percent) and therefore a low percentage of deaths via cancer as a result of smoking (0.018%), others are experiencing an extreme amount of losses due to continued use. Unfortunately, one out of every five people in Kentucky smoke, and it suffers from the worst percentages of deaths via smoking-related cancers by far.

This analysis may help us better understand each individual state on their programs and solutions. For instance, preventative California may have the highest number of deaths via smoking-related cancer, but it also has some of the lowest percentages both for deaths compared to the population and for smoking overall. That being said, even for the best on our list, there’s still a long way to go, with no state in the union having cigarette smoking down to a percentage less than five percent. 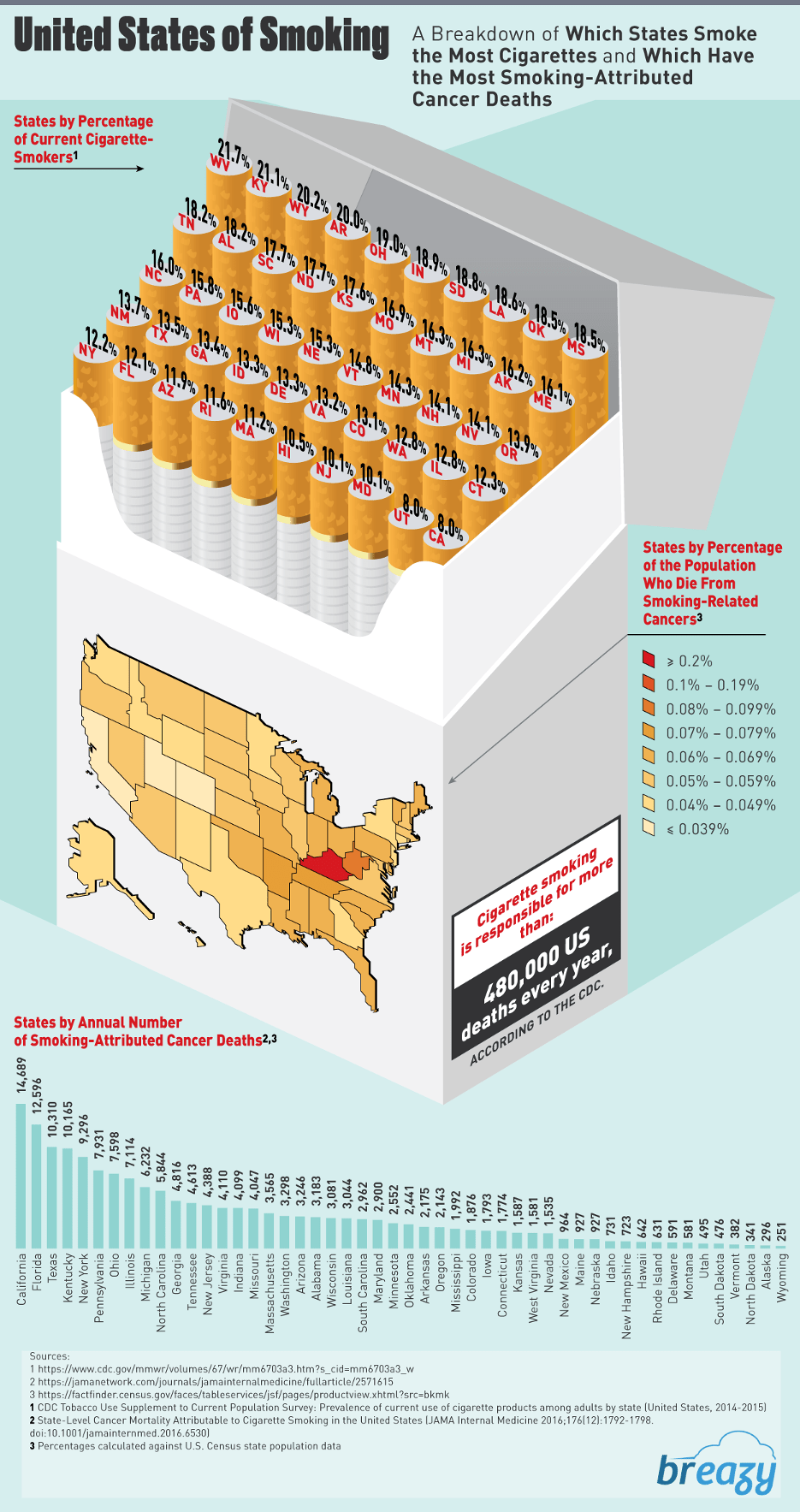