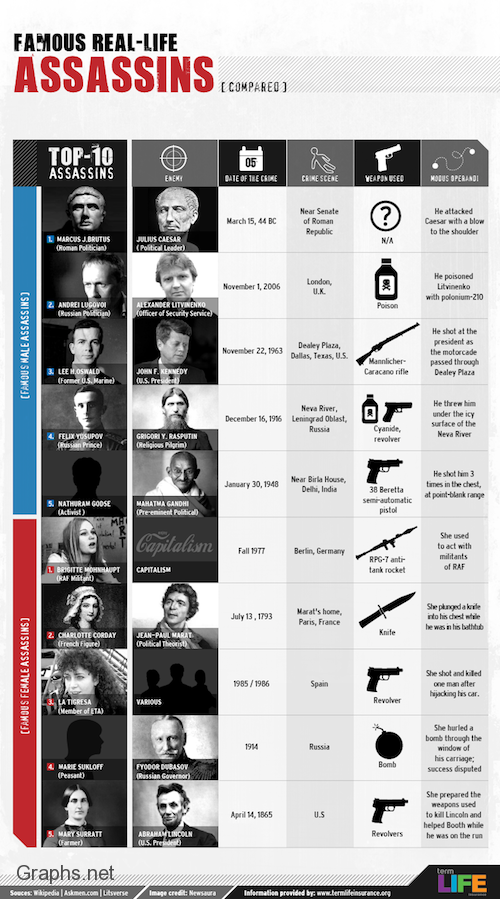 History has been cluttered with some famous assassins who have killed top politicians, actors, and other revolutionary leader who made their names in the world's history. Most of these assassin are well known even after the centuries have passed from the date of crime committed by them.

The infographic will give you information about few cold-blooded murdered who have assassinated popular figures like Caesar and Gandhi.