Top 6 Tees And Their Creators 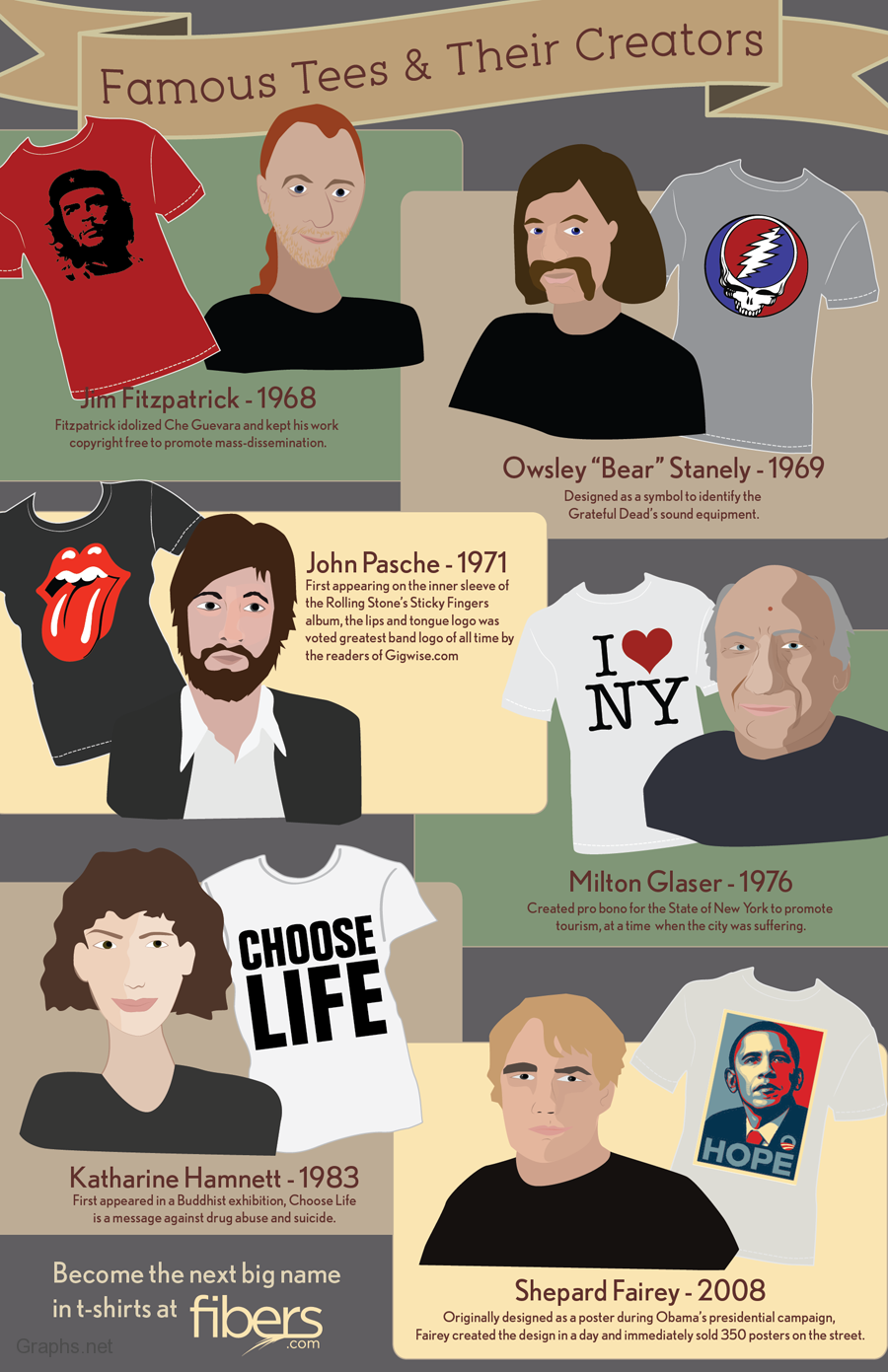 In present days, T-shirts are often considered as go-to garment by most of the kids, college students, dads, moms and every one who can afford to buy a t-shirt. But in recent times, mostly military people and players of different football teams taking part in the leagues would wear t-shirts.

The infographic will show excellent collection of t -shirts that grab the attraction of people:

He has idolized Che Guevara and kept it as copy right free to promote the t-shirt through out the world.

In the year 1969, he has designed a symbol to find out the grateful Dead's sound equipment.

He has designed a t -shirt in the year 1971 that features lips and tongue logo and it was rated as the top and greatest logo ever by the readers and followers of the Gigwise.com.

Has created a t -shirt that features a logo which was designed to promote the tourism of New York.

Has created a logo which was first exhibited in the Buddhist exhibition and later used as message to control the drug abuse.