The first atomic bomb was developed through the Manhattan Project in the United States. Canada and the UK helped the United States in the development of the bomb. During the Second World War, Hiroshima and Nagasaki in Japan were devastated when 2 nuclear bombs named Little Boy and Fat Man were dropped on them. In 1952, a hydrogen bomb was tested in the Pacific and this caused an entire island to literally evaporate into thin air.

Russia and the United States are the leading nations with a large cache of nuclear weapons. They are followed by France, China and the UK. The largest number of warheads in the US is stored in a facility in Bangor, Washington; but the biggest storage facility is in Albuquerque, in New Mexico. Over 2,300 nuclear warheads are prepped and ready for launch in the US.

Doing Away with Chemical Weapons 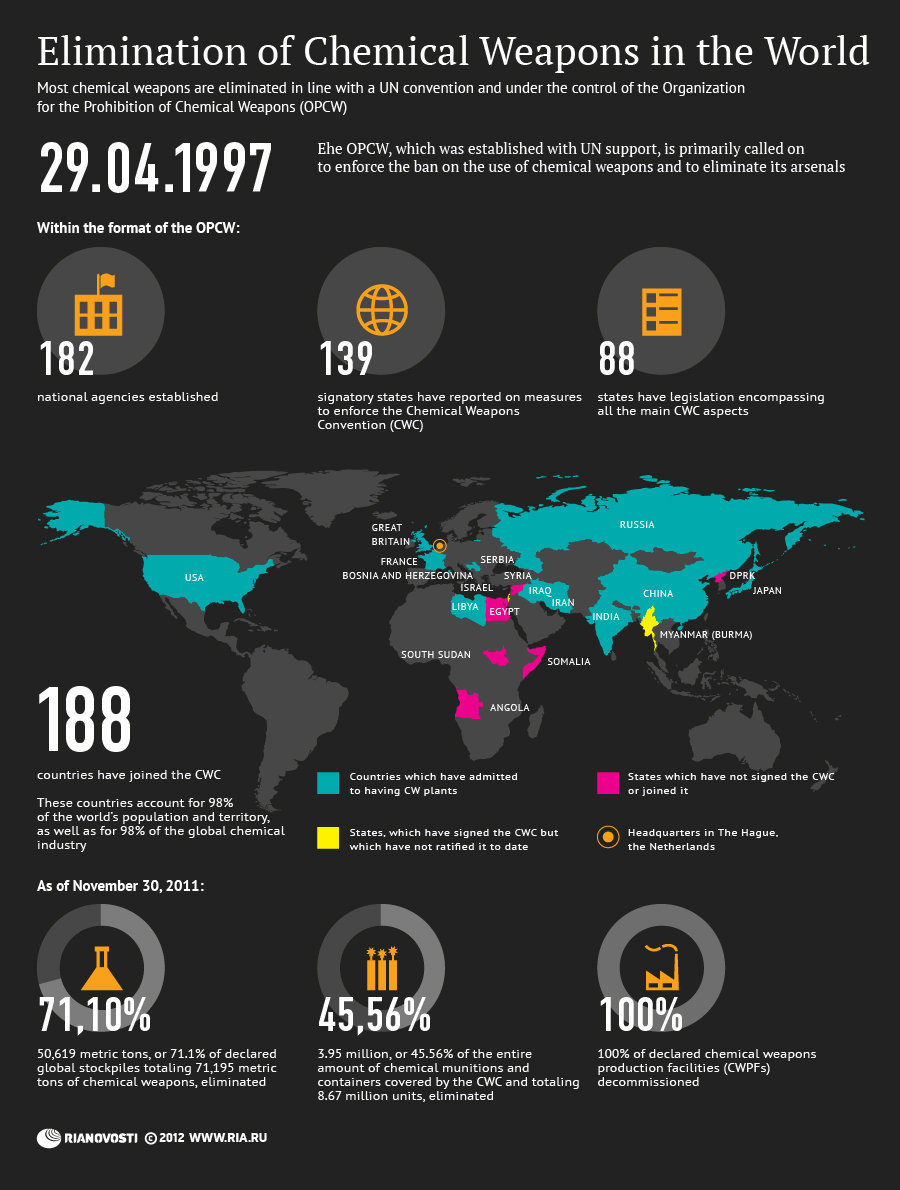 The Start of Nuclear Weapons

The US began developing atomic bombs guised under the codename Manhattan Project. The project developed 2 bombs – one with uranium and the other with plutonium. The first atomic bomb was tested in Alamogordo Desert in New Mexico on 16 July 1945. The uranium bomb, nicknamed Fat Boy, and the plutonium bomb, nicknamed Little Boy, were considered viable. The latter was dropped on Hiroshima on August 6, 1945 and the former on Nagasaki. This led to other countries also developing nuclear weapons, but the US leads in nuclear weapon testing, followed by Russia, France, the UK and China. 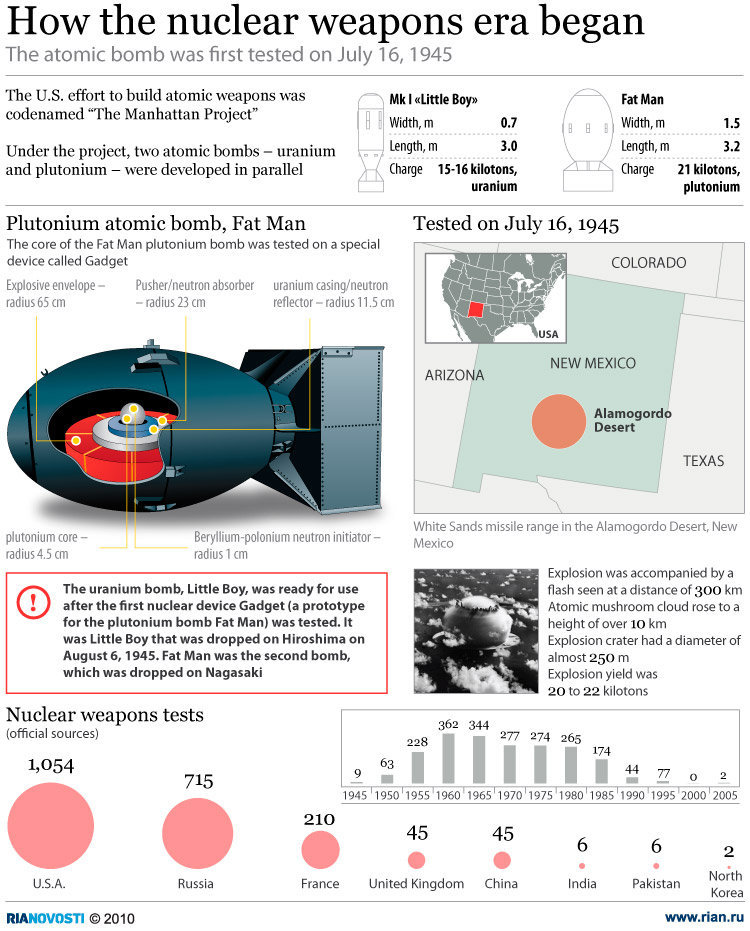 Are Weapons Programs Worth It?

According to available information, the US Department of Defense has 96 ongoing weapons development programs, which are costing the nation a whopping $1.58 trillion. However, statistics also show that billions are lost due to mismanagement of these programs, and as a result most weapons are delivered late and also each unit ends up costing 46 percent more to develop than it was initially estimated. 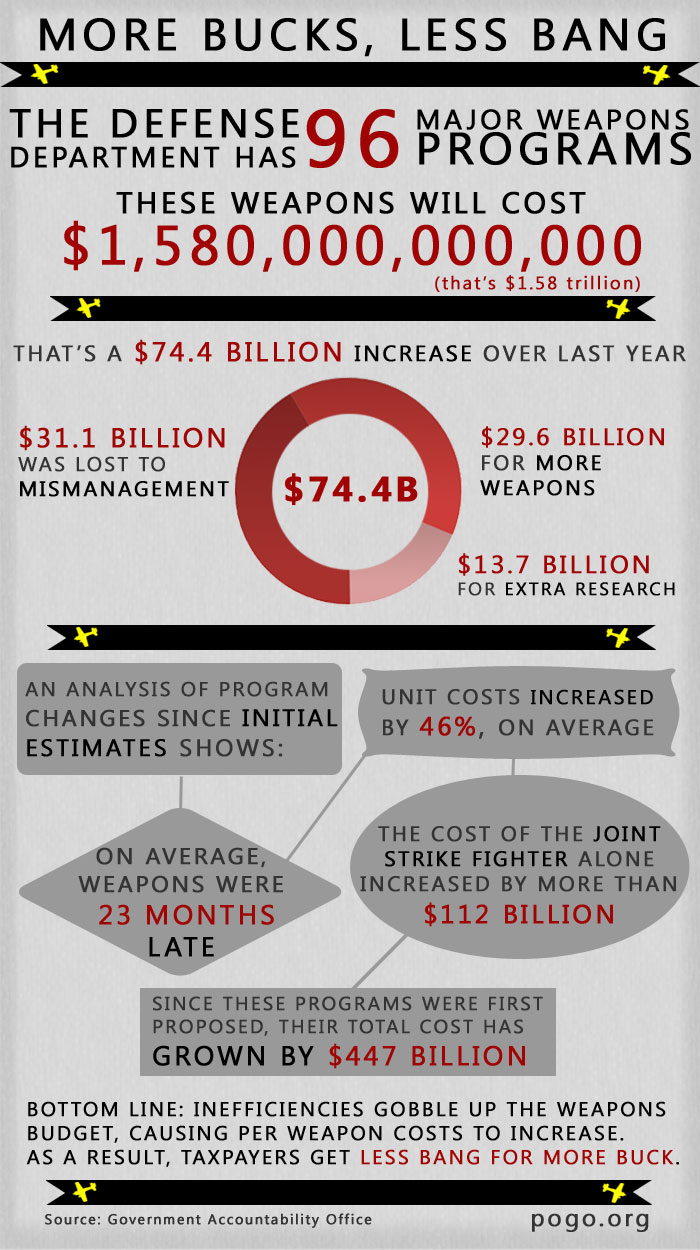 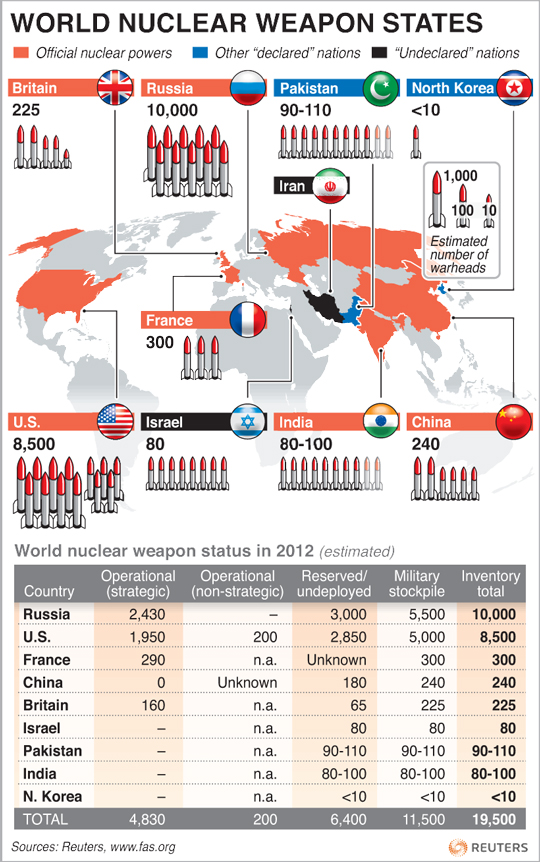 Lifecycle of a Nuclear Weapon

It involves mining the uranium and producing fuel rods using it. These rods help to produce plutonium. Once this is done, the pit of the weapon consisting of plutonium is created. This pit is responsible for the primary fission explosion. The pit is surrounded by secondary layer, which could be uranium, deuterium or tritium. The secondary layer is responsible for the secondary fusion explosion. Thereafter the weapon is assembled. After assembling, the nuclear weapon can be deployed or sent into storage until needed. All nuclear weapons need upgrading periodically to keep them in working condition. Nuclear weapons are kept for years even if they are not used and later handed over to Department of Energy, who is responsible for safely dismantling them. 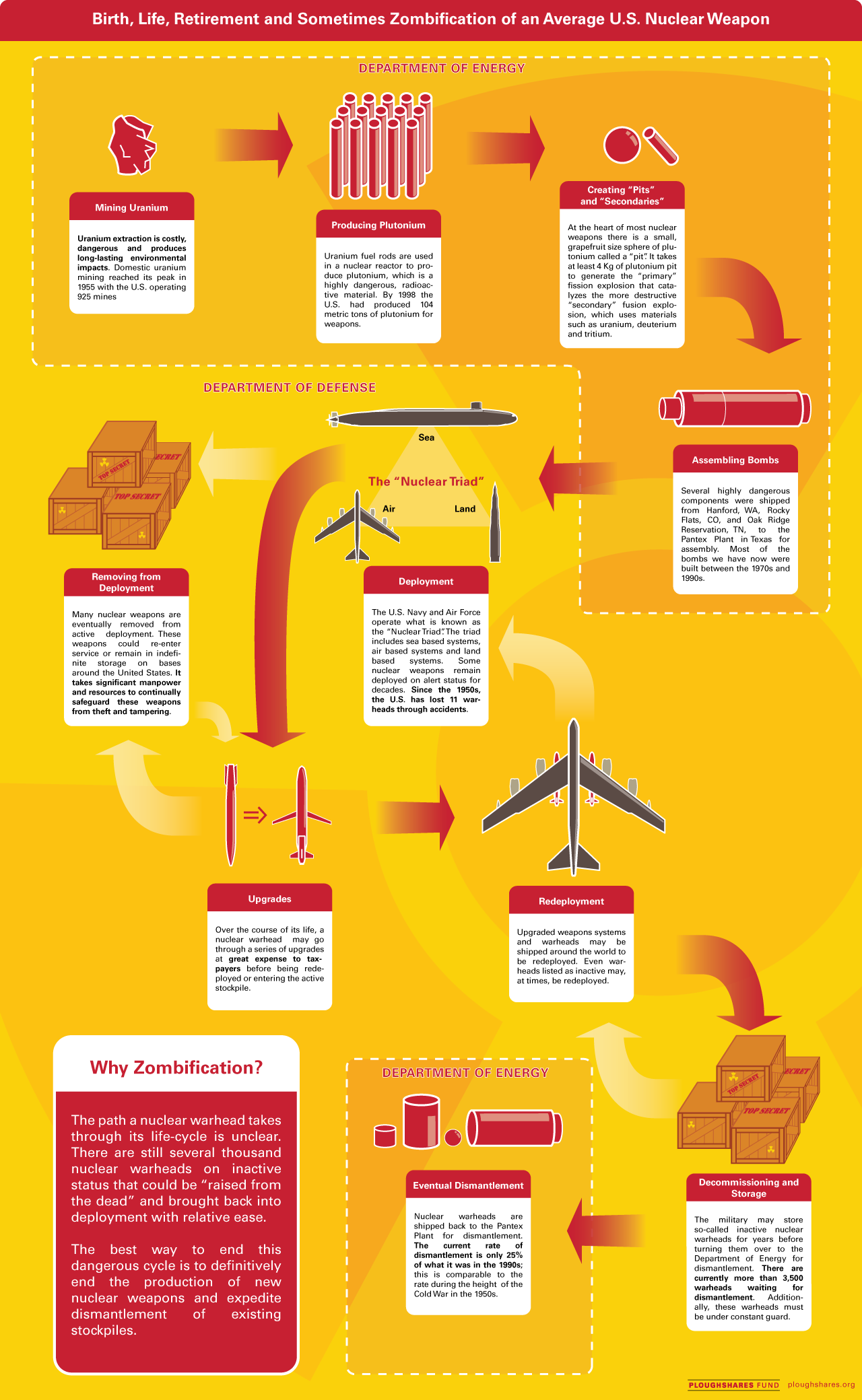 The Nuclear Weapons of the US

The US has 2,200 strategic nuclear warheads. Since 1951, the country had built 67,500 nuclear missiles. The US allocates about $52.4 billion annually towards nuclear weapons and their development. If the country reduces its nuclear weapon arsenal by third, it would help the US save about $9.69 billion every year. 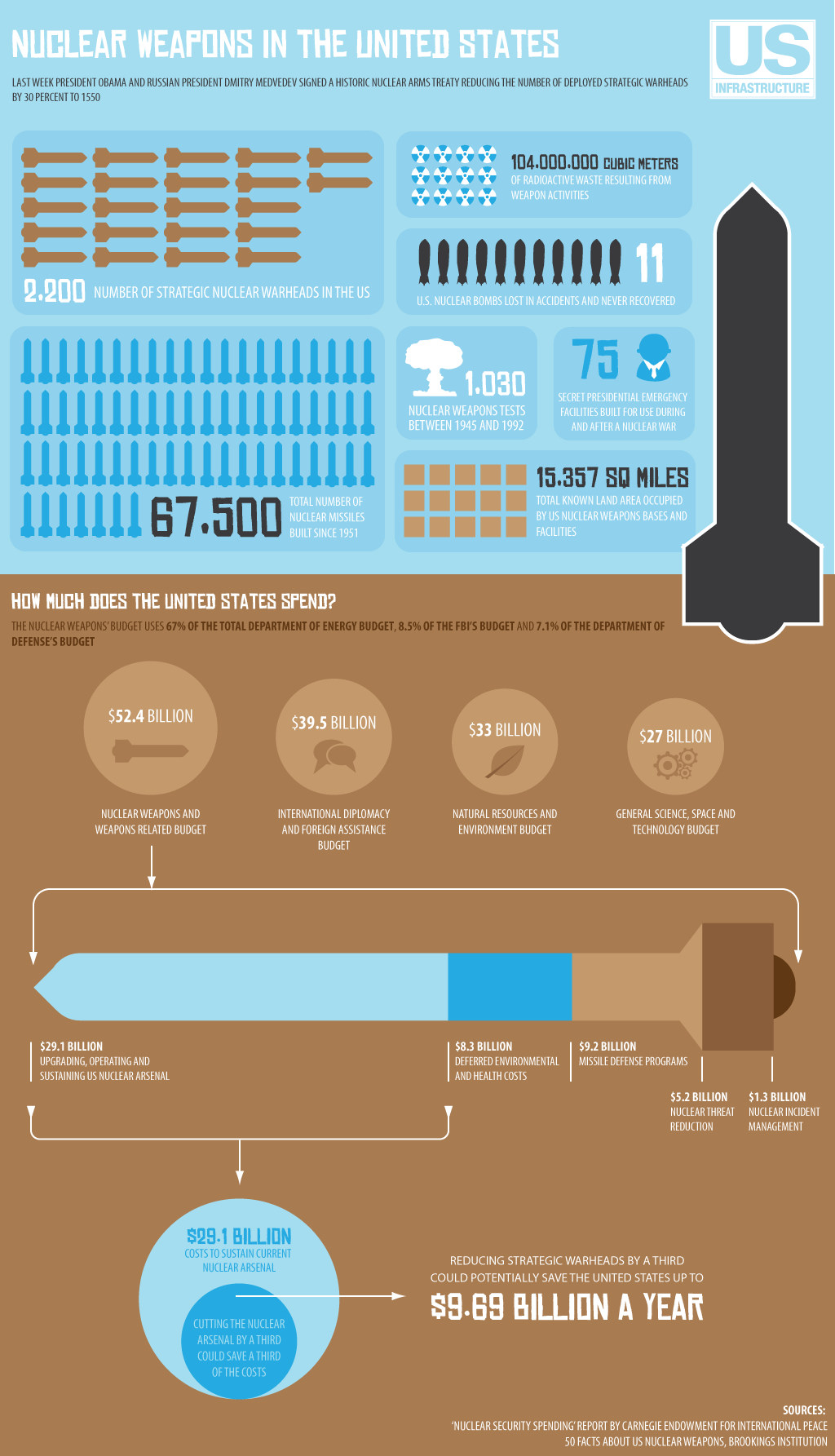 Facts about the First Hydrogen Bomb

This hydrogen was nicknamed Ivy Mike and was 700 times more powerful than the bomb that destroyed Hiroshima. It was tested in the Pacific on 1 November 1952 and ended up obliterating an island called Elugelab Island. This hydrogen bomb was based on the principle of thermonuclear fusion. 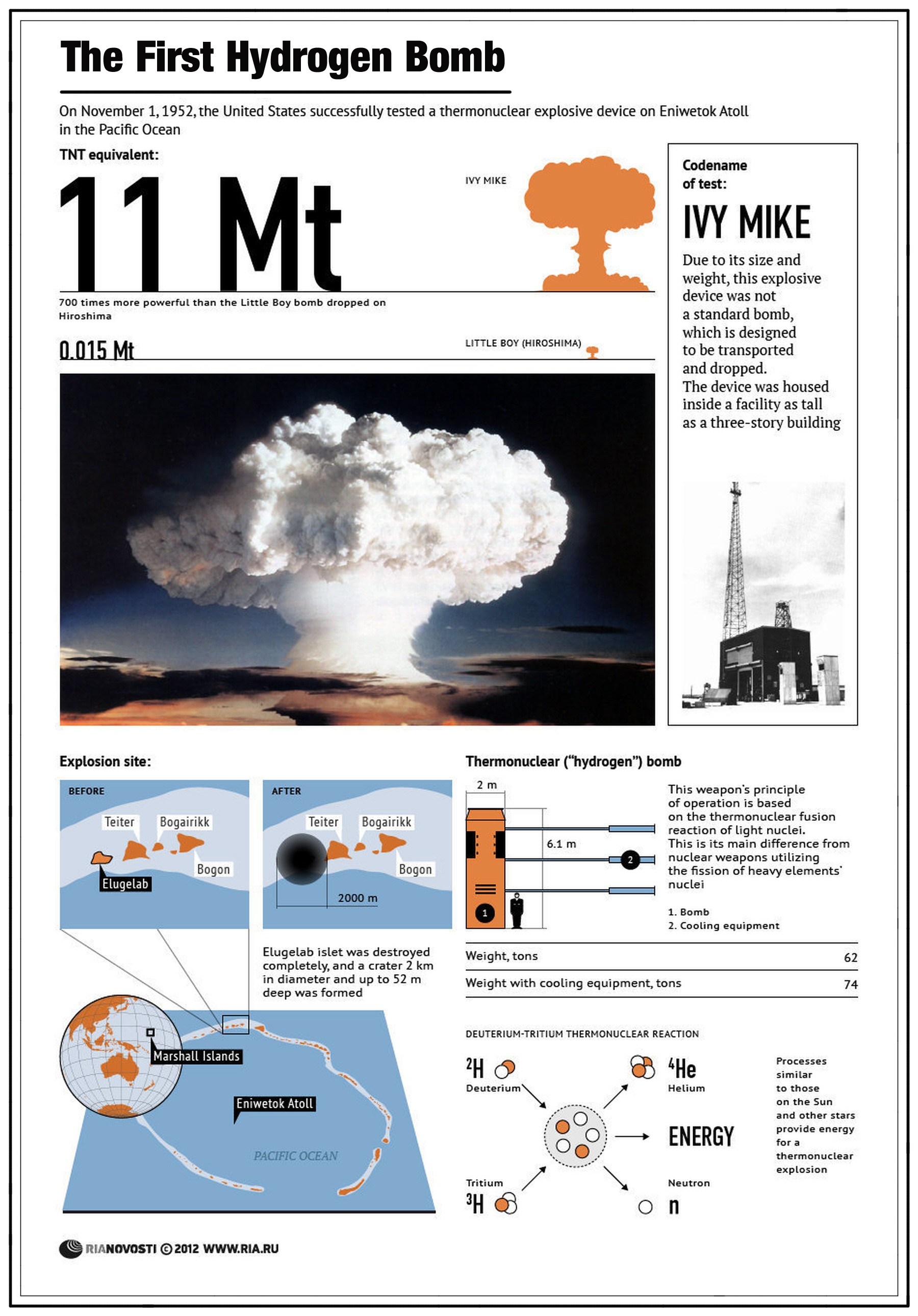 India vs US Crime Statistics