Hurricane is a wind that mostly forms above the ocean water. In the year 1979, Robert Simpson, the director of U.S National Hurricane center has designed a scale to measure the hurricane and he classified the hurricane storm in to five types that includes Minimal, Moderate, Extensive, Extreme and catastrophic based on the storm wave and wind speed.

Due to Hurricane sandy in United States, several US states such as New York and New Jersey got affected in a worst way. More than 300 patients have evacuated from the NY medical hospital, 24 rail cars are present on roads and 2.6 million New Jersey households are left without power. 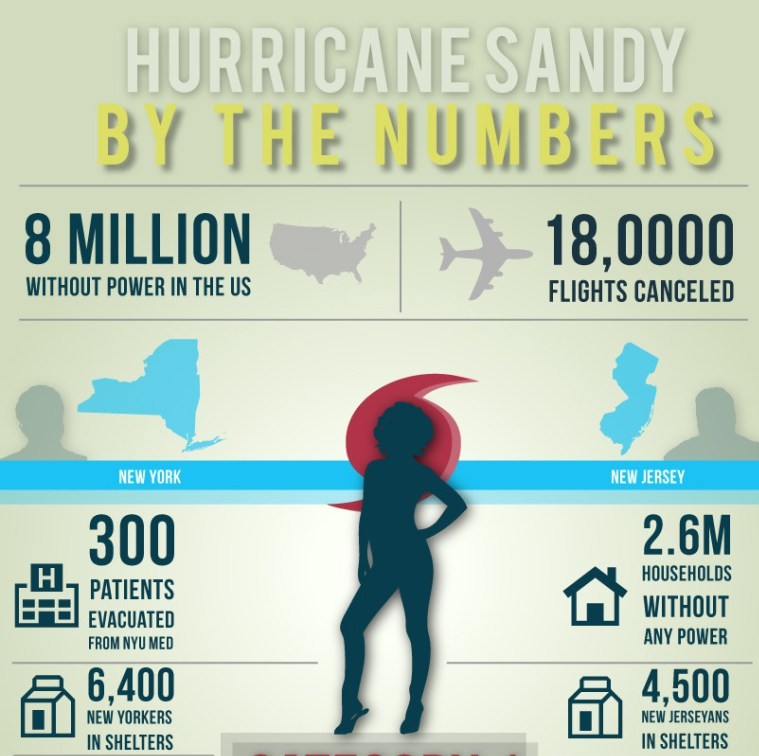 In most of the hurricane affected states, millions of households have faced the power cut problems. Among all US states, more than 2.1 million of households in New York had power outage. The estimated damage due to hurricane sandy is $ 20 billion. 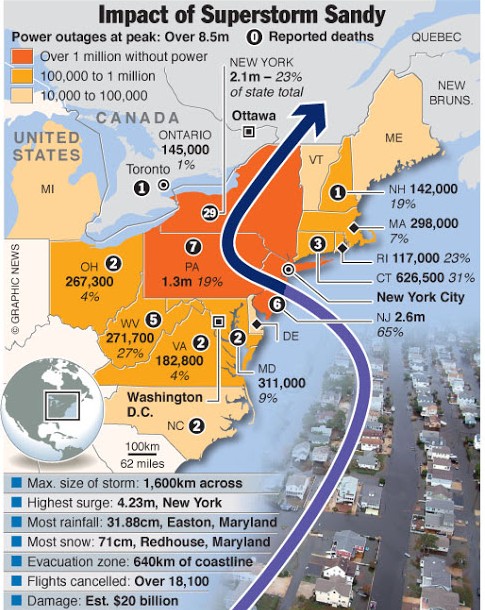 Several countries were affected economically and incurred a great loss in terms of money. The total loss of United States amounts to $ 10 – 55 billion, damage create by hurricane in Cuba is worth of $ 80 million, the destruction cost of hurricane sandy in in Jamaica and Dominican Republic is 16.5million. 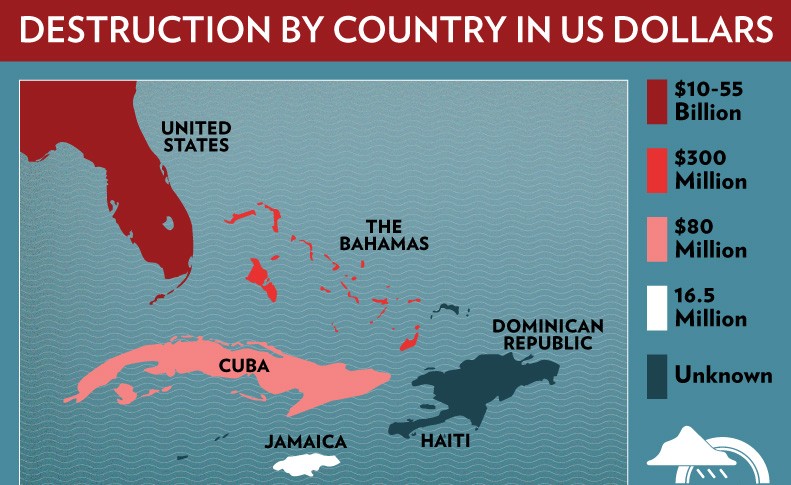 As of November 1st, a total of 143 deaths were recorded of which 73 deaths are from United States, 54 are from Haiti and 11 people died in Cuba. The hurricane storm has left more than 6.2 million people living in 11 states without power and more than 15,000 flights were canceled. 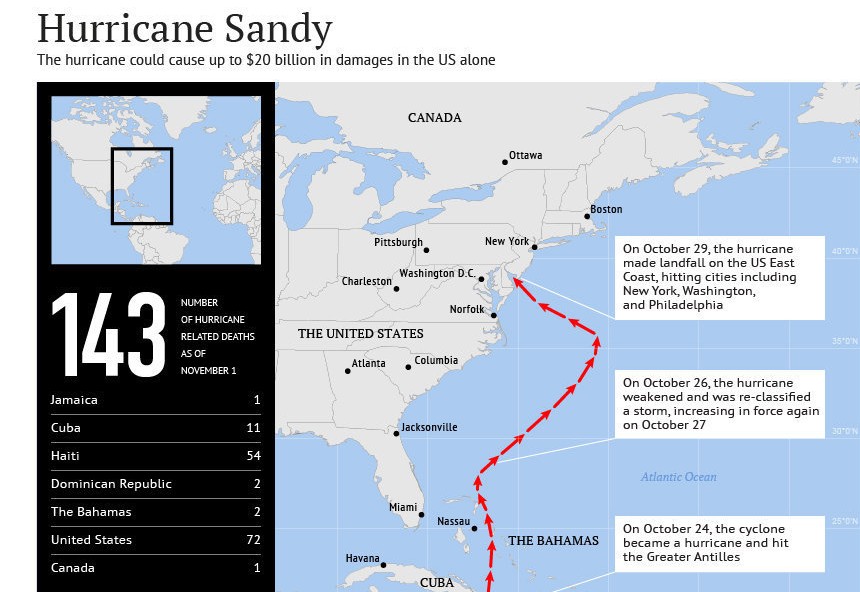 More than 6.8 million households and businesses were left without power. Several power generating companies such as First Energy, PSEG, LIPA, National Grid, PPL, Pepco, Dominion and Duke have reported a large amount of power outage. In the projected path of hurricane sandy, a nine mile point 1 new reactor at New York has shut down. 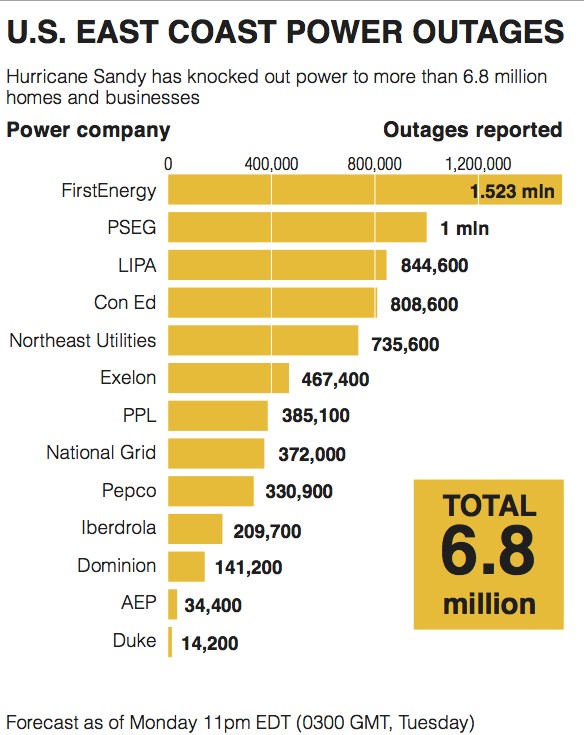 Hurricane and US elections:

Several prominent swing states that play major role in U.S general elections which have large number of votes have been adversely damaged by the hurricane. To implement electronic voting in states where most of the voters cast their vote through touch screen systems is not possible as these states are still under power cut. 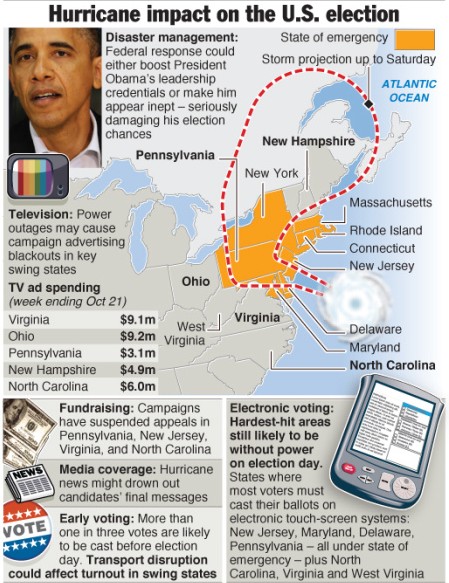 Most of the internet users residing in United States have used social media as the communication device to confer with their friends and close acquaintances. Of every 10 internet users, 8 users talked about hurricane sandy and 1st presidential debate. 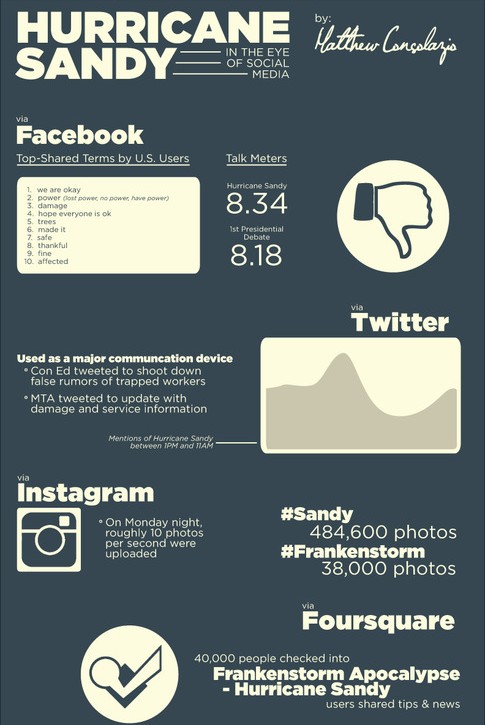 Due to high intensity hurricanes, most of the cloud servers get affected and may go down resulting in huge loss for the businesses using these cloud servers. In case if cloud servers of Amazon are hit by the Hurricane, then there will be loss of data related to 762 billion objects. 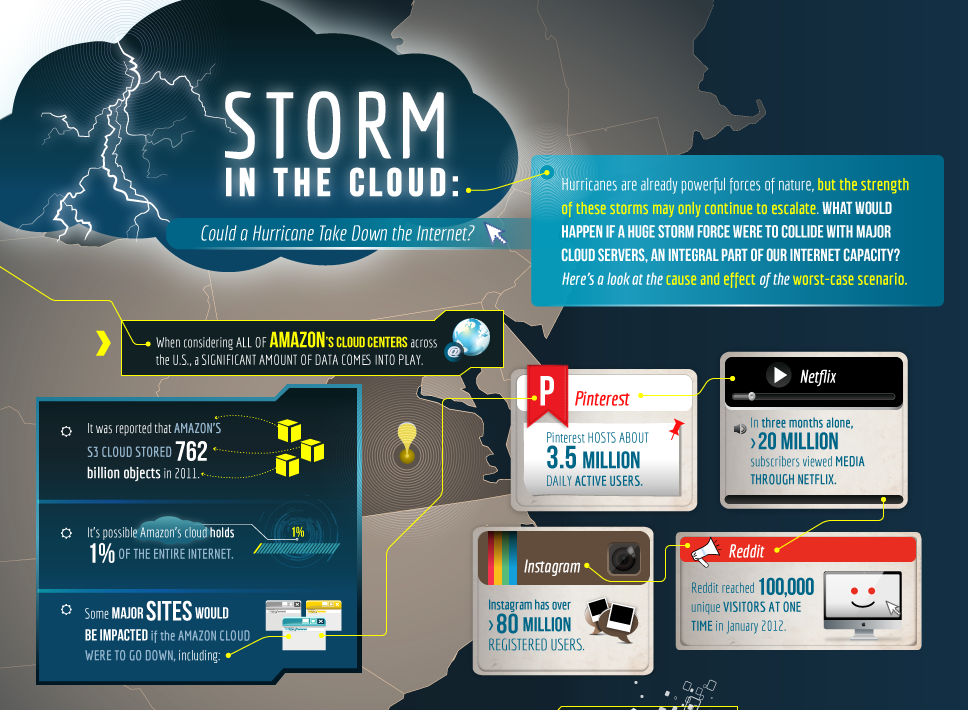 From the year 2009 – 2012, hurricane has occurred 4 times in different areas of united states. Of these 4 hurricanes, the most deadliest was hurricane Katrina that occurred in the year 2005 and recored a death toll of 1,836. the less effective hurricane was cyclone Yasi with a wind speed of 290 kph. 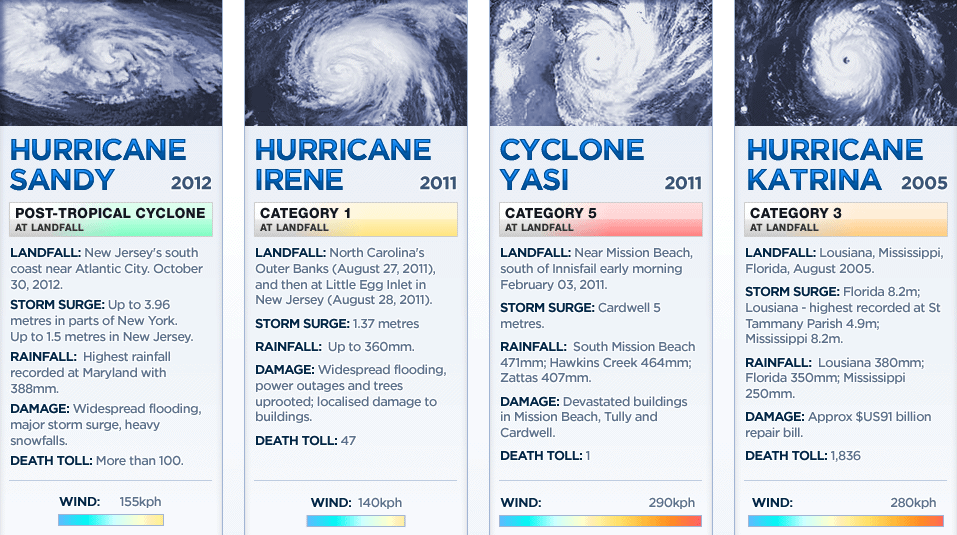