History is interesting and also intriguing. To know about the history of different popular inventions and occurrences, go through the following:

The history of Christmas

The history of Christmas dates back to over 4000 years when it was celebrated differently than the present times. The average per person spending on Christmas in the present times is over 500 pounds and about 1.5 billion Christmas cards are posted each year. The concept of an e-card was created in the year 1994.

Diamonds were discovered in India in 800 BC. Kohinoor and the Blue hope were the two most well known middle ages diamonds. It was in 1074 that diamonds were first used as jewellery. The Tiffany diamond company was founded in the year 1837 and the world’s largest cut black diamond was found in the early 1900s.

The evolution of web streaming

In the pre colonial times, Native American Indians were avid gamblers. The 1600s saw the first wave of American gambling after which in the 1800s, gambling started being viewed as immoral. In 1856, lynching of professional gamblers began while in the year 1937, Indian Casinos became popular.

The history of glass

Glass was first discovered 3500 years ago after which the first glassmaking manual was written. In the year 1620, brown plate glass was first manufacturer in London after which in 1843, early form of float glass was created.  Each year, the UK produces an estimated 4 million tones of glass. In 2012, a new type of ultra thin glass has been developed.

The history of Hollywood

In 1886, an area of Rancho La Brea was named Hollywood while in 1902; construction of one of the main parts of Hollywood hotel commenced and at was opened soon thereafter. In 1942, World War II sees Hollywood actors doing their bit for the nation’s war efforts. In 1979, the museum of contemporary arts was founded.

The evolution of the typewriter

The industrial revolution took place from 1750 to 1850. The first Harley-Davidson motorcycle was introduced in the year 1903 after which general electric monitor top refrigerator was announced in the year 1927.

A brief history of printing 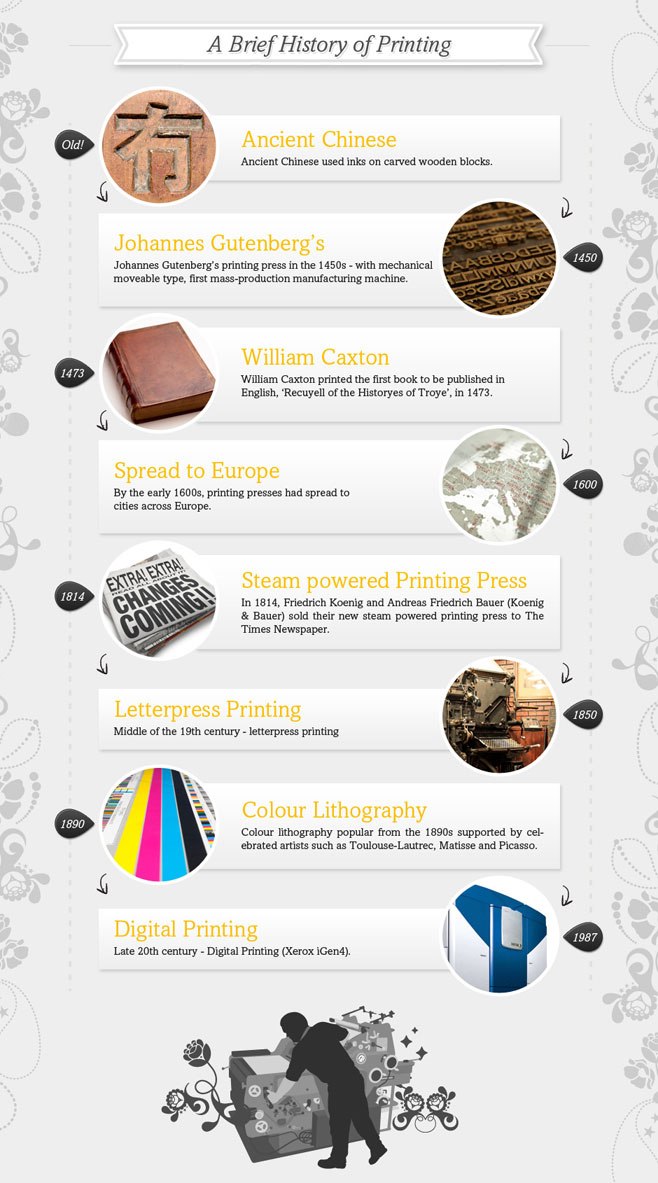