Tax Laws, in most countries, are exceptionally intricate and thereby quite difficult to compare and assess. Also, tax burdens are found to influence different groups on entirely different levels be it a country or a sub-national unit.

Rising public debt and elections in Europe and the U.S. has always resulted in raising the debate over the taxes. In 2012, Europe’s debt crisis had resulted in forcing many countries like Spain, to raise their taxes.

Thus, countries like Aruba, Sweden and Denmark are known to hold the records for being the countries with the Highest Tax Rates in the world and despite endless complaints about over-taxation, the U.S. is known to hold one of the world’s lowest marginal income tax rates, at 27%. 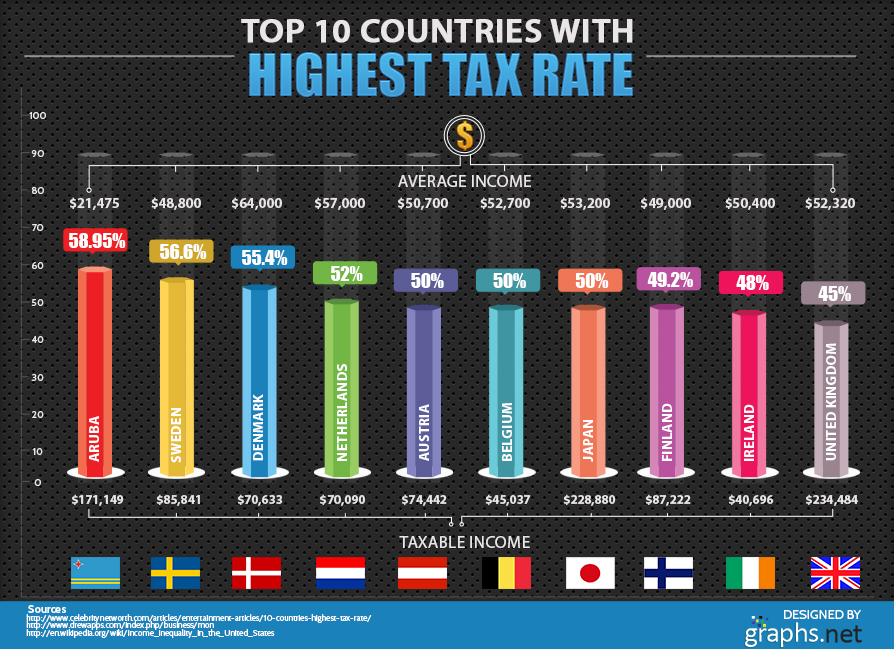