Home  »  Graphs   »   The Military Imbalance Of Russia And Ukraine

The Military Imbalance Of Russia And Ukraine 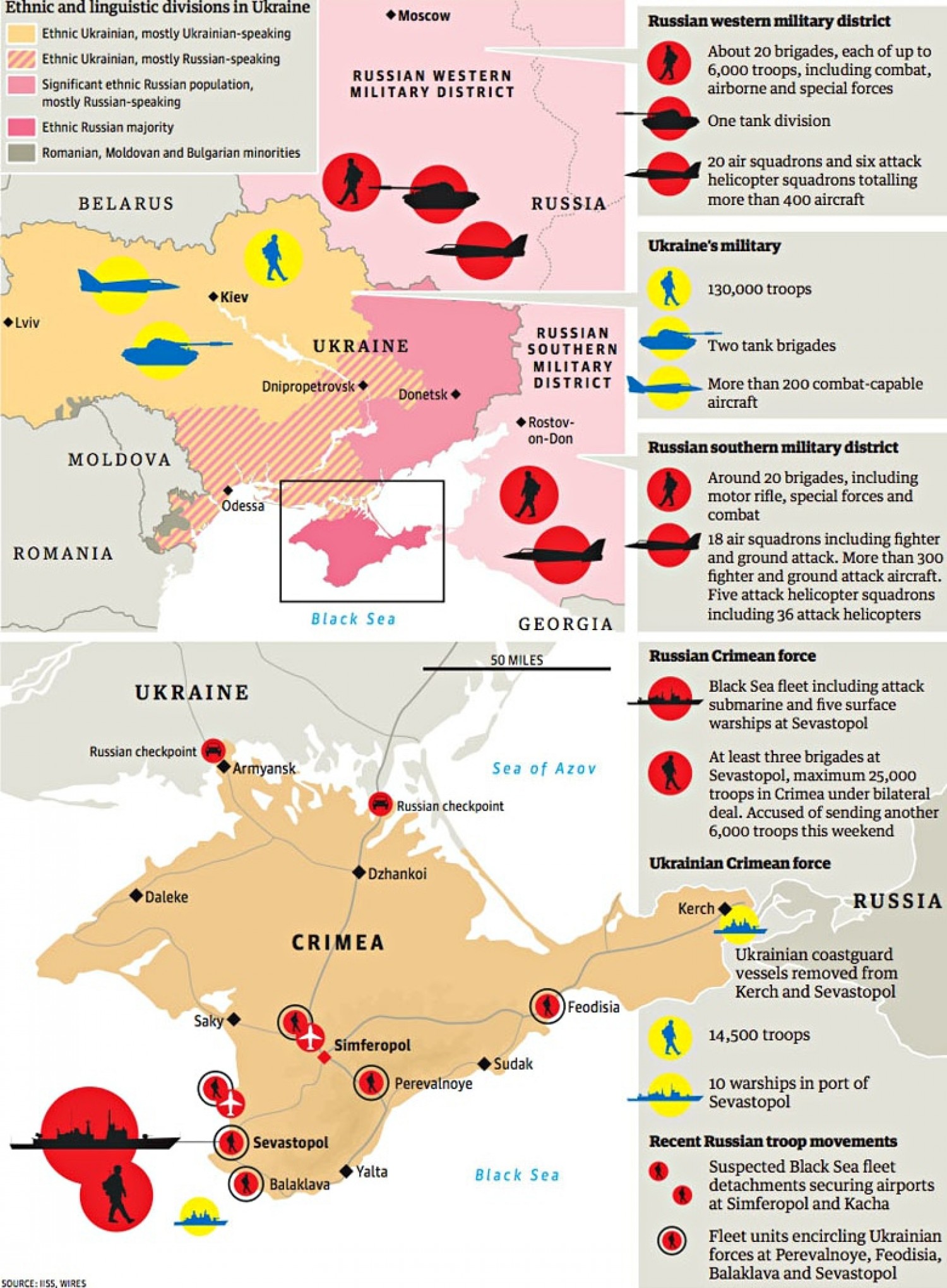 The Ukraine and Russian political battle has been ongoing issue for the past few months. But what most news channels have not focus on is the military imbalance that has affected both the countries equally.

Russia, in its western military district has about 20 brigades, each with over 6000 troops equipped for combat as well as airborne and special forces. It also has a tank division and 20 air squadrons with 6 attack helicopters totaling almost 400 aircraft while the Russain Southern military district has around 20 brigades as well as 18 air squadrons with 300 fighter and air-attack aircraft along with 5 attack helicopter squadrons.

On the other hand, Ukraine only has 130 thousand troops,two tank brigades as well as 200 aircraft equipped for combat.